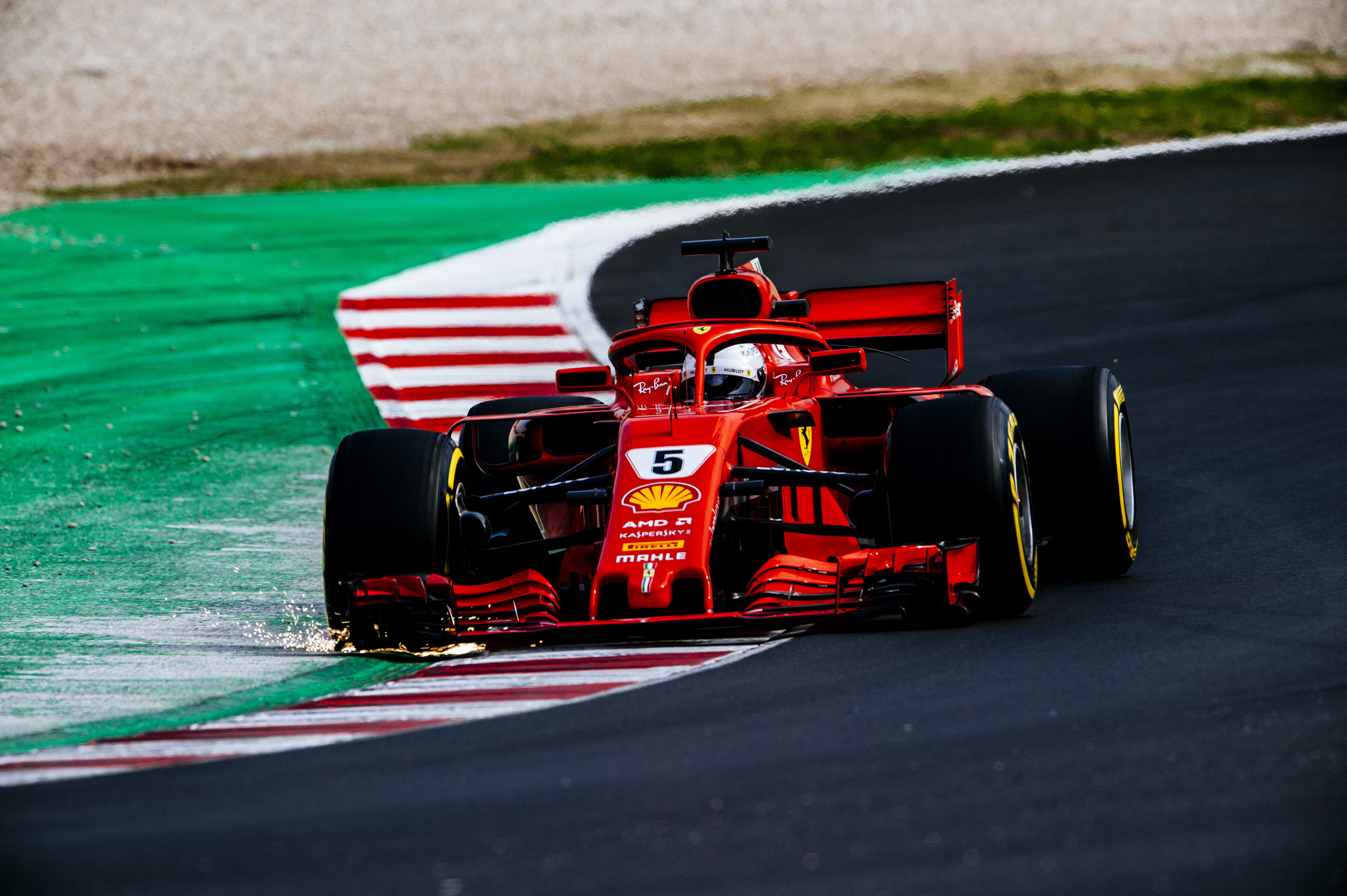 Ferrari’s Sebastian Vettel finished top of the timesheets on day two in Barcelona, setting the fastest lap of the test so far in a day of weather-limited running.

The German’s best effort, a 1:19.673s set on soft tyres, was half a second faster than Daniel Ricciardo’s Monday benchmark, and made Vettel one of only two drivers to lap within the 1:19s on day two.

The other was Mercedes’ Valtteri Bottas. Having posted a best of 1:20.325s in the morning, the Finn was the early pacesetter until Vettel’s soft run knocked him from the top spot—but despite improving in the afternoon to join Vettel below the 1:20s barrier, Bottas remained 0.303s adrift by the close of day.

Outside of the top two, no other driver today posted lap times below Monday’s fastest, as near-freezing temperatures once again held back representative running.

Stoffel Vandoorne was the third-fastest runner of the day, 0.652s off Vettel’s pace with a best lap of 1:20.325s. The Belgian’s time was the first of the test logged on Pirelli’s new pink-walled hypersoft tyre.

Max Verstappen failed to post a time in the morning after being sidelined by a fuel leak, but improved in the afternoon to finish fourth, just 0.001s behind Vandoorne on the medium tyre.

Next up, Carlos Sainz, Pierre Gasly and Williams third driver Robert Kubica all lapped within a few tenths of each other in the 1:21s. Kubica’s teammate Sergey Sirotkin and Force India’s Esteban Ocon were a little behind again, closely matched in the 1:21.8s.

Monegasque rookie Charles Leclerc had a difficult first day driving the Sauber C37 with a spin in the afternoon and finishing more than three seconds off the pace, but was spared ending the day at the bottom of the timesheet at the expense of Haas’ Kevin Magnussen.

The cold weather also meant that no driver managed to surpass Ricciardo’s first day total of 105 laps, although Vettel and Bottas came closest with 98 and 94 laps respectively.

Gasly held the next-highest total, putting in 82 laps in his STR13 to prove that Toro Rosso-Honda’s mileage yesterday was no fluke, while Leclerc made up for his early error with 81 laps to his name in the end.

At the other end of the lap charts, McLaren suffered another low-mileage day with an exhaust issue keeping Vandoorne in the garage from midday onwards, unable to add to his tally of 37 laps.

However, that was at least one more than Haas achieved across the day. With his programme interrupted by two off-track moments—one of which nearly ended in the barriers—Magnussen was prevented from making up for lost time when reports of snow at the end of the day brought running more or less to an end, and the Dane finished the day bottom of both the timesheet and the lap count.