One thing most F1 fans look out for when cars are launched is the livery. There’s been some iconic ones over the years, with Lotus’ JPS, McLaren’s Marlboro backed effort and Jordan’s minimalist green on their 191. Well here we rate the 2018 efforts!

Mercedes – The Silver Arrows lead by example from the front. Their livery has been consistent ever since Mercedes returned as a works team in 2010. Silver with flashes of Petronas blue and green, it’s a tried and tested formula, and they’ll be keen to show that nothing’s changed for the Brackley based team. 7.5/10

Ferrari – There’s some things you can rely on never changing, water is wet, grass is green, and Ferrari is red. They’ve done away with the white engine cover and gone for a fully scarlet car for this season. It harks back to around 10 years ago when they won their last championship, funny thing is Kimi Raikkonen is still there, never change, Ferrari. 9/10

Red Bull – Red Bull have a weird knack of unveiling stunning liveries which really shake things up, and then ditch them for their traditional blue, red and yellow finish. Their testing liveries are always stunning, and while their usual matte effort is a looker, the ‘blue digital camo’ from this season has everyone begging Red Bull to consider using it all season long. Please guys? 7/10

Force India – After a few years of silver and black, Force India, or the artist formerly known as Force India, has shirked its India name in recent years in its livery. The striking pink has stayed for this season, with some mixes of white in there too. It looks great, and it adds to the colourful selection on show this season. 8.5/10

Williams – With the news of Martini pulling out of Formula One next season, it’s making us all appreciate what we have before it’s gone. It’s white with the iconic blue and red stripes, and in my opinion it’s about to join the Mansell Canon years and Rothmans blue in becoming a classic well remembered Williams livery. 7.5/10

Renault – Renault have always had a vivid livery, whether it’s the blue and yellow from ten years ago, or the vibrant yellow we have today. They join the likes of Force India, McLaren and Ferrari in delivering a dash of colour to the grid. It’s reminiscent of the late 1970’s when Rene Arnoux and Alain Prost were winning races for fun in the old turbo era. 8.5/10

Toro Rosso – Toro Rosso are finally starting to emerge from Red Bull’s shadow, and are becoming more than just ‘a Red Bull junior team’. This is shown in their livery too, they dumped the red, blue and gold for an amazing red, silver and blue. While Red Bull can use this to promote some of their other range of products, Toro Rosso can really shine, and that they will, what a beauty! 9/10 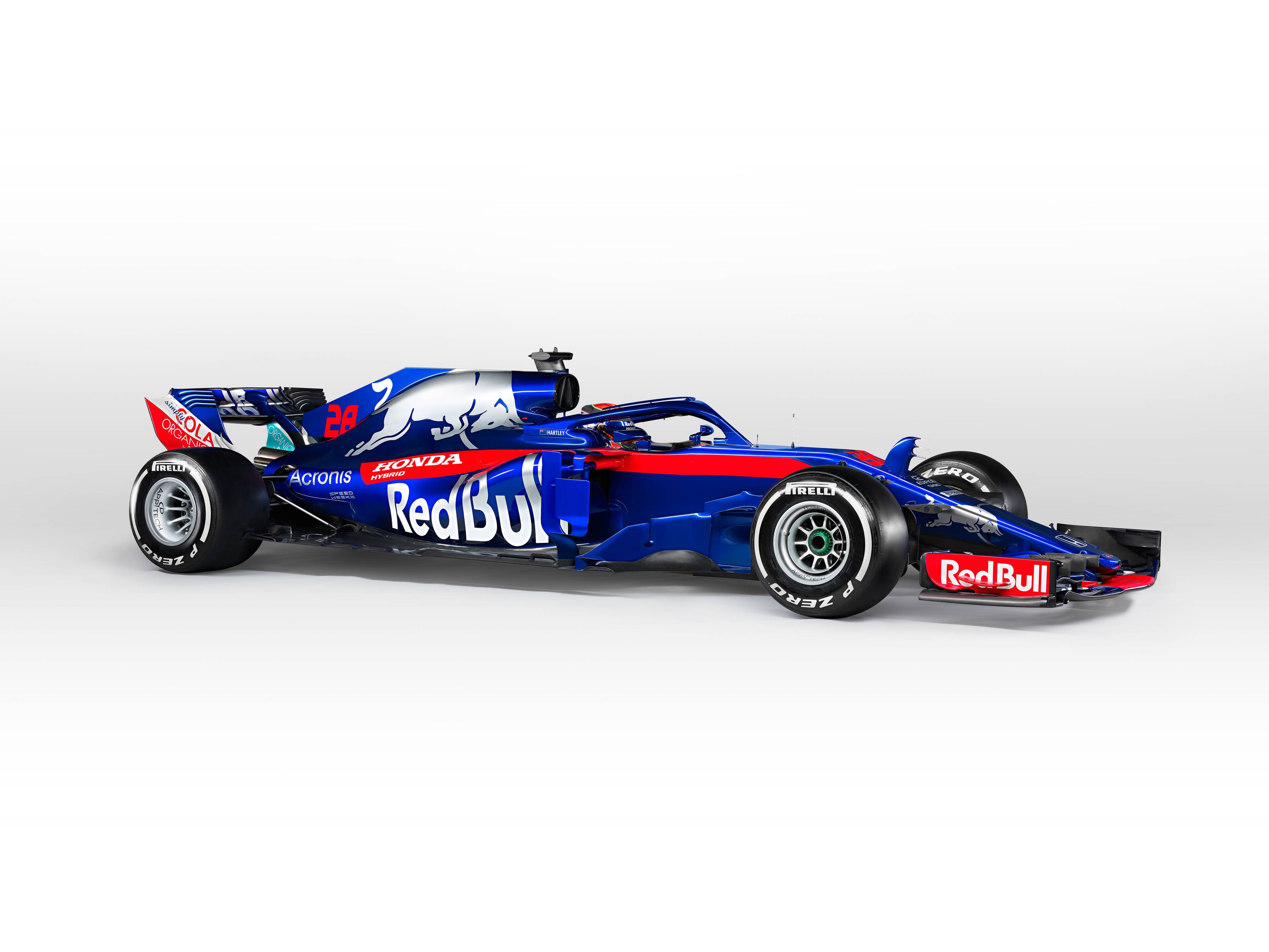 Haas – Haas have been looking for consistency in their first couple of years in Formula One, and if their liveries are anything to go by, then they’ve well and truly achieved it. The trusted red, black and white finish is stylish, and the subtle changes to the car are welcome. 8/10

McLaren – McLaren have a long and illustrious history, and their livery this season shows that. They’ve returned to the Papaya orange of the 1960’s and early 70’s. While many are claiming it looks like a Bic pen or a can of Irn Bru, the orange and blue finish looks beautiful, and will hopefully be seen towards the front again this season. 9.5/10

Alfa Romeo – The Sauber buyout has finally happened, and with it comes a new name, and a new livery. While Sauber remain, Alfa Romeo become the title name, and with it comes a red and white car with black stripes. The only issue is from the front profile it looks a little like the Williams, but that’s not a bad thing, imitation is the best form of flattery after all…the Hinwil team have never looked so good! 8/10