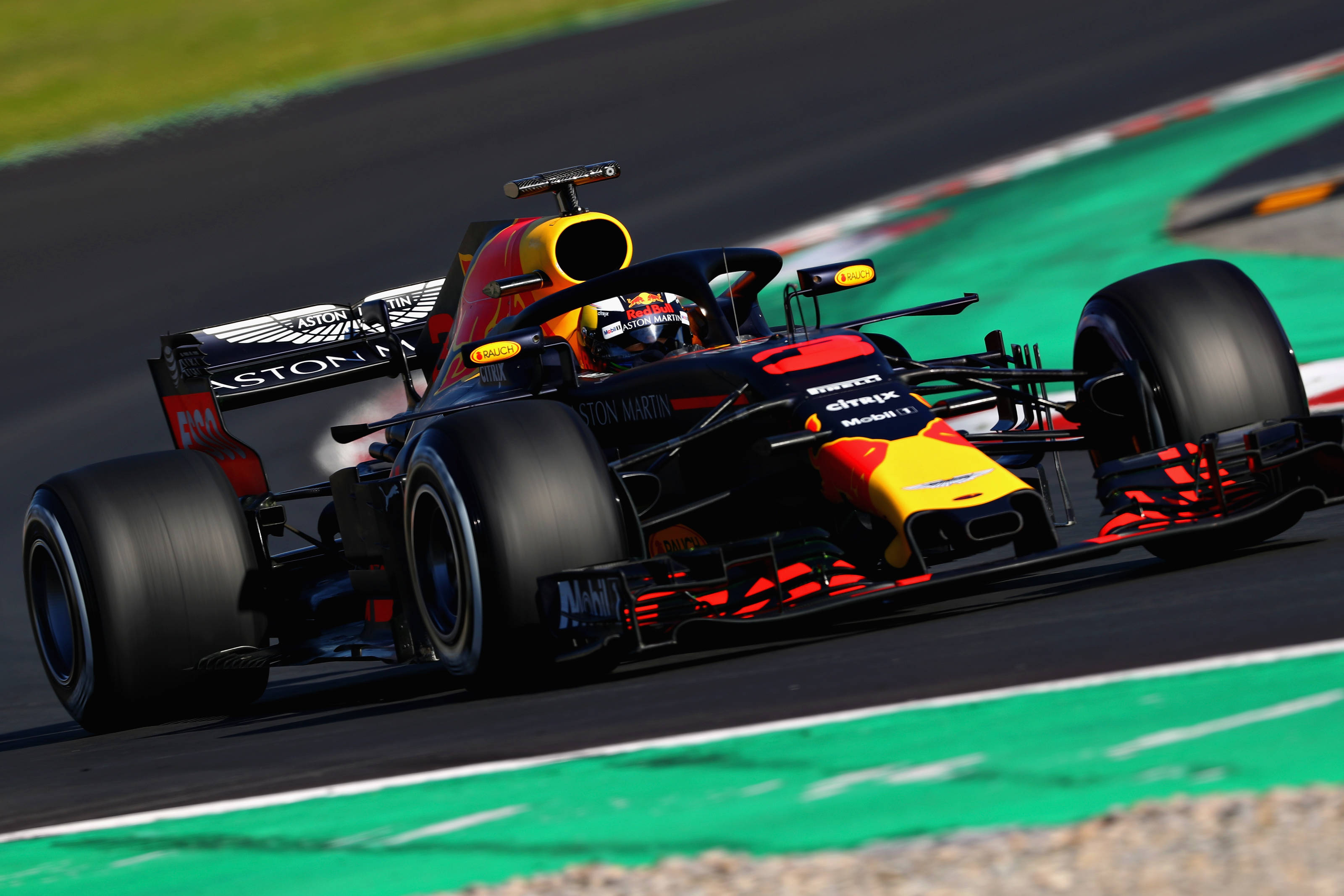 The Australian’s lap was more than three tenths faster than the previous record set by Felipe Massa during testing in 2008, and nearly six tenths below last year’s fastest testing time, set by Kimi Räikkönen.

Lewis Hamilton and Valtteri Bottas were close behind the Red Bull. Their best flying laps, both set on the ultrasoft tyre, were four and five tenths adrift of Ricciardo respectively, but still comfortably within the 1:18s.

These times came as teams focused on performance runs during the morning session, the result being that many of Wednesday’s laps were among the quickest of 2018 testing so far.

Fourth fastest was Sebastian Vettel. The German was given an unexpected extra session on Wednesday morning as teammate Kimi Räikkönen was unwell, but opted to concentrate on long runs rather than challenge Red Bull and Mercedes on the hypersoft—however, he did manage to lap within a second of third-placed Bottas despite running on the soft compound tyre at the time.

Three tenths behind Vettel came Brendon Hartley and Fernando Alonso, both setting closely-matched 1:19.8s on the ultrasofts. Alonso had looked set to enjoy McLaren’s first trouble-free day of testing so far when he ran among the pacesetters during the morning and notched up 47 laps early on.

However, an oil leak before midday resulted in an engine change that cost Alonso over six hours of track time—the Spaniard was only able to fit in another 15 minutes of running at the end of the day, bringing his Wednesday lap count up to 57.

Carlos Sainz was seventh fastest, being the first driver above 1:20s and the only one of the day to set his time on the medium tyre.

Although Sainz’s best lap was ultimately two seconds off Ricciardo’s benchmark, he did contribute to Renault leading the way in terms of mileage on Wednesday. The Spaniard logged 88 rounds of the Barcelona track during his morning in the RS18, before teammate Nico Hülkenberg added a further 102 after lunch.

Their combined 190 laps puts Renault second so far in the number of testing laps completed per team, with 602 to Mercedes’s 658.

Romain Grosjean was eighth-fastest on a 1:20.237s. Haas ended the session with the second-lowest lap total when an oil leak on Grosjean’s car limited him to 78 laps across the day.

Räikkönen, who recovered to run in the afternoon, and Hülkenberg, were the lowest-placed manufacturer drivers in ninth and eleventh respectively, split by the Williams of Lance Stroll.

Force India, Sauber and Williams occupied the bottom spaces on the leaderboard with Esteban Ocon, Charles Leclerc and Sergey Sirotkin.

But although the three midfield teams were an average of three seconds off Red Bull’s pace, they were all much higher on the day’s lap charts. Leclerc’s 160 and Ocon’s 130 were beaten only by Ricciardo in terms of laps done by an individual driver, while Stroll and Sirotkin recorded 143 for Williams between them.