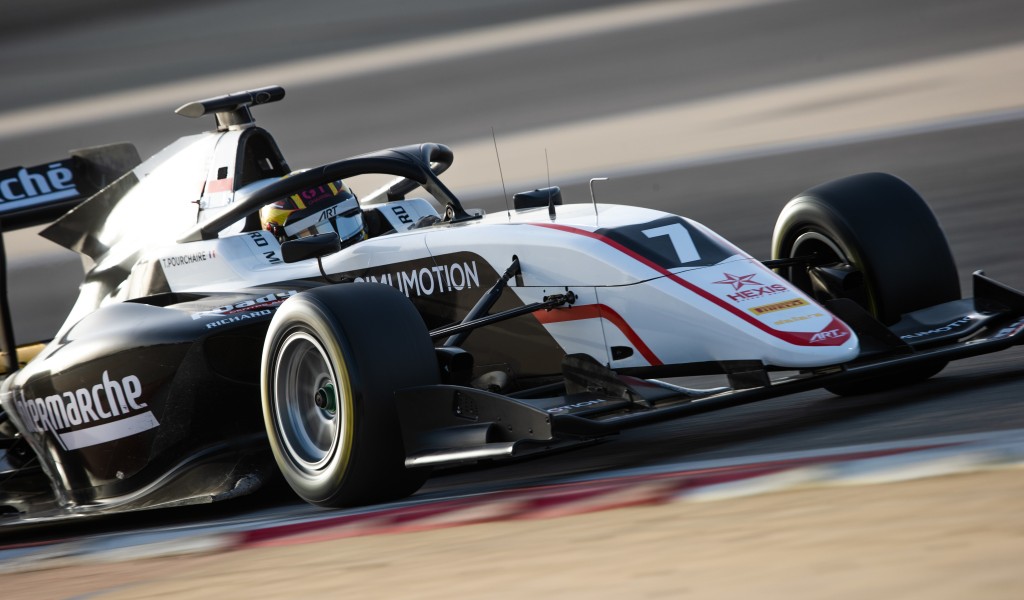 Pourchaire had started the race on the front row of the reverse grid behind polesitter Hughes. The Frenchman jumped into the lead at Turn 1 as Hughes was slow off the line, but was soon caught by Hughes and Lawson and demoted down to third.

Hughes and Lawson then continued to swap the lead throughout the race, passing each other every few laps through Turns 3 and 4. While the win looked set to be decided between the two of them, Pourchaire came under pressure for third from the Prema of Logan Sargeant.

But on lap 21 Hughes and Lawson collided with each other on the outside of Turn 4 and both retired with suspension damage. This gifted first back to Pourchaire with Sargeant and David Beckmann elevated to the podium. The safety car was deployed to recover Hughes’ and Lawson’s stricken cars, and with only four laps remaining the race ended under caution and the order was frozen with Pourchaire taking the victory.

Beckmann’s podium, his second of the weekend, led another triple points haul for Trident. He and Lirim Zendelli both got past Oscar Piastri at the start, while Olli Caldwell moved past Richard Verschoor to run fifth.

However, Beckmann had more pace than his teammates and by lap 8 was ahead of both Zendelli and Caldwell to put him in place for the podium behind Sargeant. Caldwell and Zendelli were unable to keep up with Beckmann in the latter half of the race, with Caldwell eventually finishing sixth behind Verschoor and Piastri, and Zendelli taking the final point in tenth.

Max Fewtrell made progress from 14th on the grid and rose to seventh by the flag. Saturday’s feature race winner Frederik Vesti finished eighth, and Sebastian Fernandez took ninth ahead of Zendelli.

After the second round of the championship, Piastri still holds the lead in the drivers’ standings with 44 points, ahead of Prema teammates Vesti and Sargeant. Beckmann’s double podium moves him up to fourth, while Liam Lawson drops from second after last weekend down to seventh.

Formula 3 returns next week in support of the Formula 1 Hungarian Grand Prix.