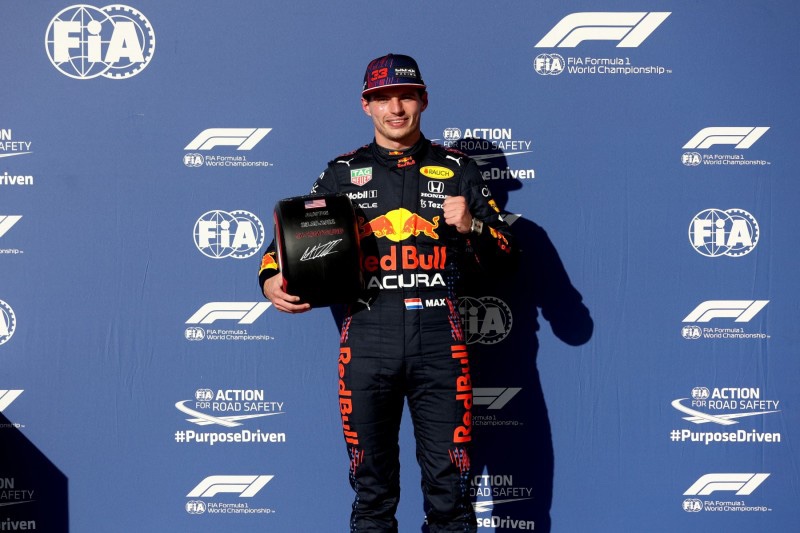 Red Bull and Verstappen reigned supreme at the circuit of the Americas on Saturday as the Dutch driver beat Hamilton to pole by two tenths of a second, setting up a front row lock out with his championship rival. Verstappen’s teammate Perez will start the race at P3 after a strong qualifying, which could come in handy for Verstappen in his fight for the title.

Mercedes struggled to match the Redbulls for pace in qualifying until Hamilton pulled out a decent lap in the last run of Q3. Unfortunately it was only emough to get the better of one Redbull and it was not his rival Verstappen. The Englishman has it all to do in the race on Sunday to try and beat Verstappen.

Valtteri Bottas in the other Mercedes will be starting P9 on the grid after yet another engine change which means a grid penalty. This could be a blow for Mercedes in a scenario where they would require Bottas to play the team game in order to try and push for the driver’s title.

Ferrari looked fast over the course of the weekend in free practice sessions but even with that, their pace was no match to that of Redbull and Mercedes. They will be starting P4 and P5 on the grid with Charles Leclerc and Carlos Sainz respectively and crucially ahead of both the McLarens who are their closest rival in the constructors championship.

A nice battle is now shaping up for third place in the constructors championship between McLaren and Ferrari with only 7.5 points between them and both the McLaren drivers will be starting at P6 with Daniel Ricciardo and Norris at P7 respectively. With both the Ferraris ahead of them, they will have their work cut out from lights out if they want to maintain 3rd in the constructors championship.

Pierre Gasly and Yuki Tsunoda in the AlphaTauris completed the last remaining spots in the top 10 after qualifying P9 and P10 respectively. The 5th row on the grid will however change tomorrow as Bottas’ penalty relegates him to P9 while Gasly moves a place ahead to P8. Both the drivers for the Italian team managed to put in clean laps which was not the case for many other drivers on Saturday.

Esteban Ocon in the Alpine qualified at P11 after a little help from his teammate Fernando Alonso . The Spaniard who has taken a new engine this weekend will be starting from the back of the grid but showed that he was a true team player by providing Ocon a tow on the back straight in Q2. It was however not good enough for the Frenchman to make it all the way to Q3.

Sebastian Vettel and George Russell will be joining Alonso at the back of the grid after taking new engine components and incurring grid penalties. This however did not stop them from making it to Q2 and setting times. With Vettel’s time being faster than Alonso’s and Russell’s he will be starting P18, while Alonso will be starting P19 followed by Russell at P20.

Giovinazzi made it to yet another Q2 continuing his decent qualifying form and will be starting the race from P12 which gives him a good chance to grab some world championship points. Unfortunately for his teammate Kimi Raikkonen, it was an unstable Q1 after having lap times deleted and the Finnish driver will be starting from P15 on the grid.

Russell’s teammate Latifi in the Williams will be starting from P14 on the grid after qualifying P17 and both the Haas cars will be starting at P16 and P17 respectively, a bit higher than the usual. Lance Stroll in the Aston Martin will be starting P13 despite getting knocked out in Q1, where he looked quite off the pace compared to his teammate.

The battle for the driver’s championship is waiting for yet another chapter to be written in its tale as Verstappen and Hamilton go into the race with a front row start. With the way that the battle has shaped up so far this season, it is set to be yet another exhilarating start to the United States Grandprix, which will makes its return after two years and is on the verge of delivering a classic race.