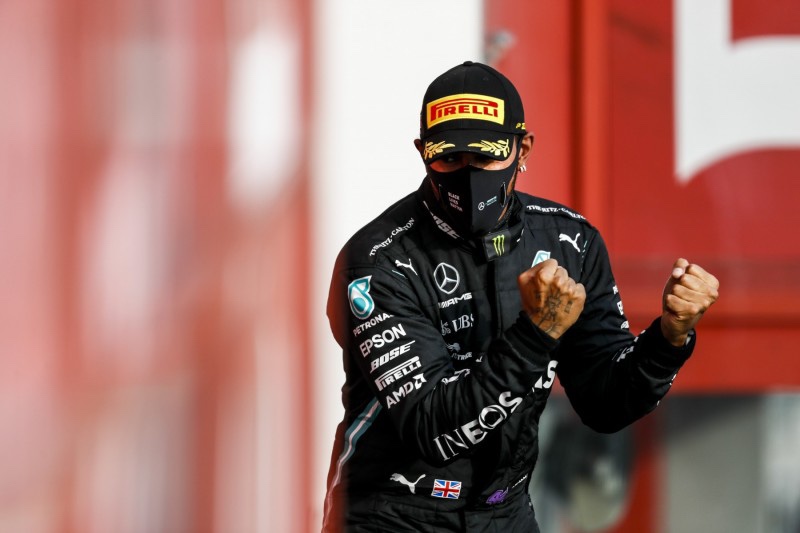 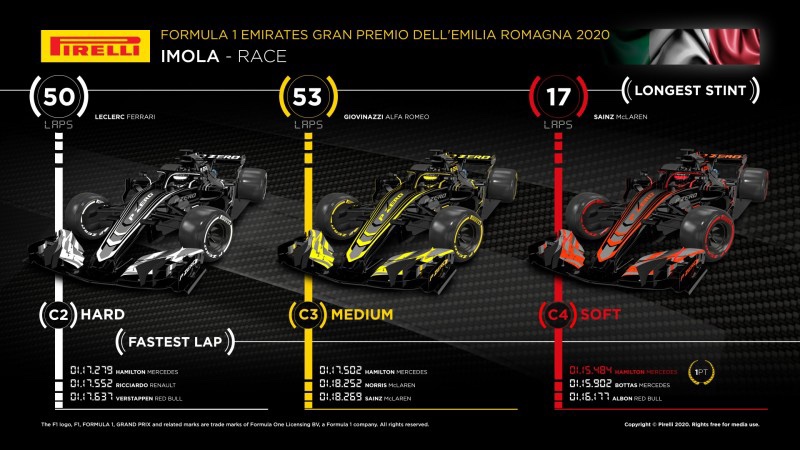 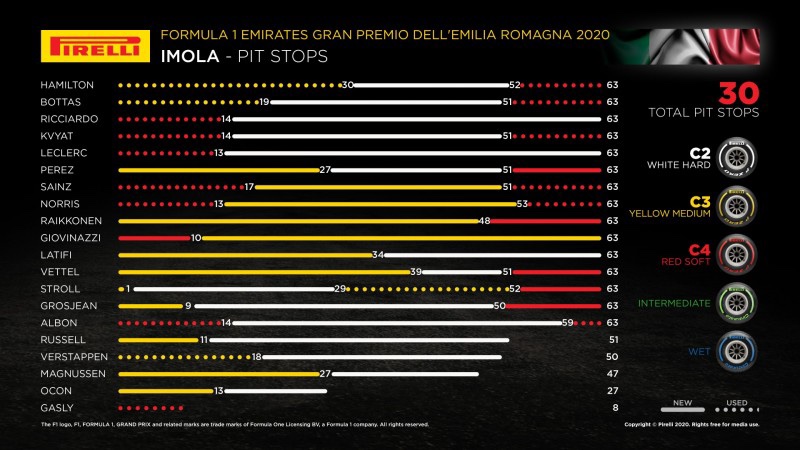 1 win and their 7th consecutive constructors championship respectively at Imola on Sunday afternoon in what was an event filled race in the third Italian grandprix of the season. It was not a straightforward win for Hamilton as the English driver lost out at the start thanks to fast starting Max Verstappen from 3rd.

Things started falling into place for him as the race progressed and it all played very nicely into his hands after an extended first stint paid off thanks to a virtual safety car around lap 30 which enabled him to assume the lead of the race ahead of his teammate Bottas and Verstappen in the Redbull. The drama did not end there as Max Verstappen crashed out of the race with less than 10 laps to go triggering a full course safety car.

A Mercedes 1-2 and Redbull not scoring any points meant that Mercedes have now secured their 7th consturctors crown, beating a previous record of 6 by Ferrari set in the 1999-2004 period. The whole team would be overjoyed at the achievement but Valtteri Bottas might not share the complete enthusiasm as the Finnish driver would feel he missed out on a victory.

Daniel Ricciardo made waves again after he drove a fantastic race to make it two podiums in three races as the Aussie driver had to sustain pressure from Leclerc in the early parts of the race and Kvyat in the final stages after the safety car. His teammate Ocon in the other Renault had to retire at the midpoint of the race thanks to a clutch issue.

Danil Kvyat’s best result of the season heavily depended on the safety car as the Russian drives came out all guns blazing following the restart as he made really good overtake moves on Leclerc and almost made a podium out of all this for himself but failed to get past Ricciardo. His teammate Gasly in the other Alpha Tauri had to retire early in the race due to terminal issue after starting from as high as P4.

Charles Leclerc in the Ferrari secured another very good result for the team after finishing 5th thanks to a good start to the race. His teammate Vettel was on course for a points finish but it was all undone when the Ferrari mechanics had a tough time during his one and only pitstop and the German driver was left stranded for 13 seconds in the pits, a scenario that pretty much summed up how his season has been progressing.

Sergio Perez looked set for a podium finish after a Racing Point’s strategy seemed to have paid off which saw the Mexican driver jump 7 places from his starting position but deciding to stop under the safety car for fresher tyres proved costly for the Mexican as he dropped to 6th and could not finish higher. His teammate Stroll in the other Racing Point could only finish 13th after tangling with Ocon in the opening lap which meant a front wing change for the Canadian driver very early on.

It was also a double points finish for Alfa Romeo with Raikkonen at 9th and Giovinazzi at 10th after the former drove a stellar first stint on the medium tyres for almost 50 laps which meant he performed an overcut on most of the out of points runners. The team will be delighted to pick up points in their home country that will put them above Haas and Williams in the standings. As for Williams, George Russell looked set to pick up his first ever points in 38 F1 races but he had a Grosjean-esque moment under the safety car and crashed out of the race while trying to keep his tyres within temperature. His teammate Latifi in the other Williams finished just outside the points in 11th.

Redbull had a race to forget thanks to a DNF for Verstappen which triggered the safety car and from the restart after the safety car, Albon spun around all by himself after being overtaken by Perez and could only finish 15th which means that there is now more doubt looming on his future in F1.  As for Haas, Kevin Magnussen had to retire after he had complained about headache issues and could not finish the race in that condition while his teammate Grosjean finished 14th after a very late 5-second penalty for exceeding track limits multiple times.

Another race win for Hamilton means that a win or a 2nd place finish in the upcoming race irrespective of Bottas’ result will secure the 7th world championship for the Englishman, which seems like a real possibility the way things have been going on this season. Despite constructors championship being wrapped up, it is a lot to look forward to in the upcoming final four races of the season.