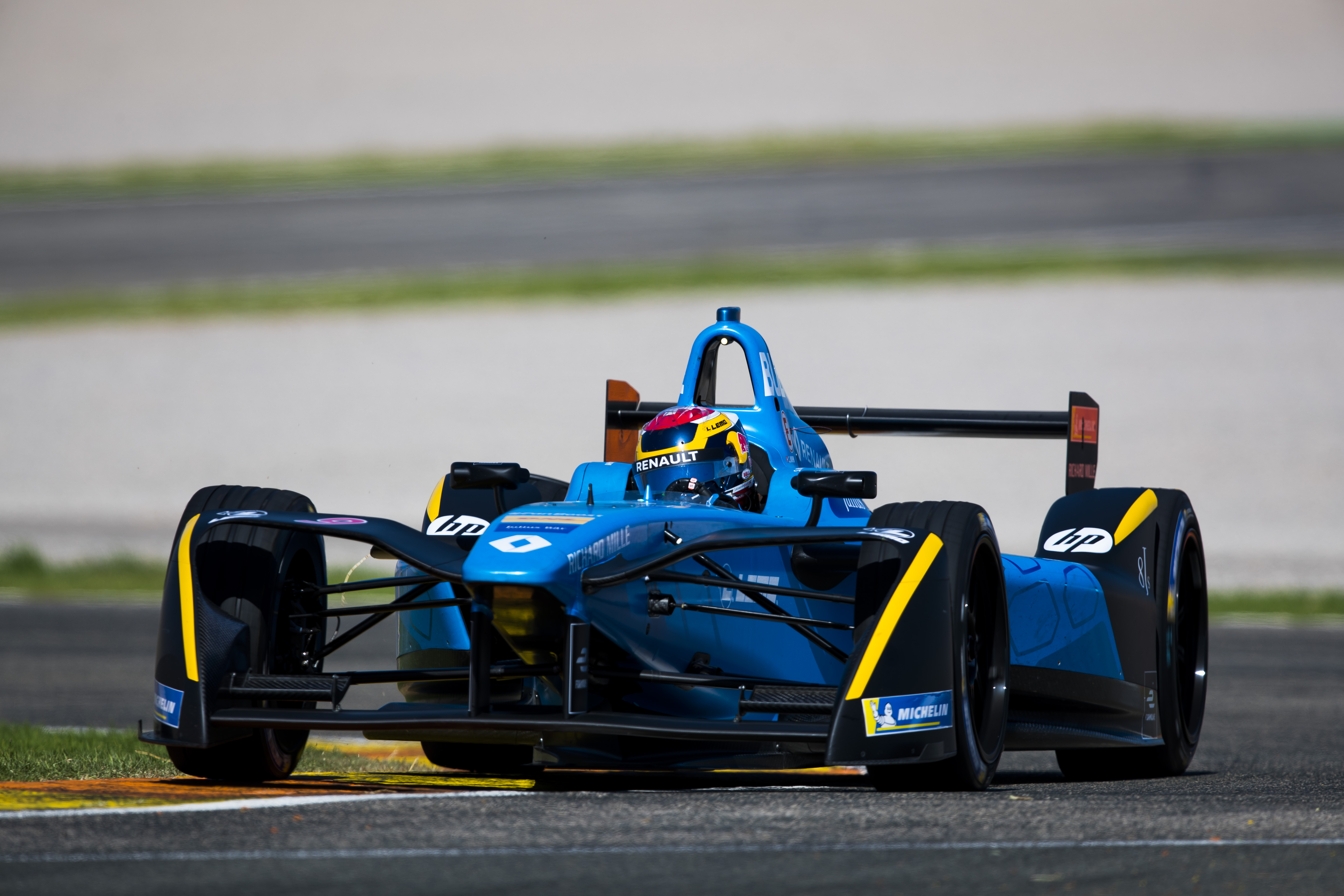 The second day of Formula E testing kicked off once more under the sunshine of the Ricardo Tormo circuit. It was another opportunity for drivers and teams to gain valuable information from their cars.

Despite the controversy and problems that the drivers encountered yesterday with the built in chicane on the main straight, an additional chicane has been added just before the start-finish line, which distorted the times to an extent. Techeetah’s Jean-Éric Vergne locked up twice on the exit of the new chicane and many of the drivers seemed uncomfortable with the new addition to the track.

Two new drivers made their debut this morning as Andretti elected to run Alexander Sims, who participated yesterday, and DTM driver Tom Blomqvist in place of António Félix da Costa. Blomqvist had a troubled run, running into problems with his car, but Sims had another consistent session. Venturi’s new development driver Michaël Benyahia was out on track this morning as he fought to impress the Monégasque team.

Renault made their mark early in the day on a cool track as Prost immediately began to turn the timing screens purple. However, Audi Abt Schaeffler found some momentum with Daniel Abt taking the top spot at the end of the first hour.

Audi continued to look strong and consistent on the circuit but Renault e.Dams began to fight back, improving on a warmer track. Buemi and Prost occupied the top two positions as the session ticked over the two hour mark.

Oliver Turvey had another solid run, showcasing the NIO car has been through significant development over the winter period. He took the top spot from Buemi, only for the e.Dams driver to snatch it back moments later with a blistering time of a 1.21.890. It was a position that he would retain for the rest of the session, giving indications of what Renault e.Dams could be capable of in season 4. Felix Rosenqvist had a productive session, finishing in P2 and Sam Bird rounded out the top three.

Renault continued their dominant form into the afternoon as Prost immediately turned the sectors purple with a 1.23.544. They pushed hard, consistently taking the top spots in a duel with Mahindra’s Rosenqvist and Techeetah’s Vergne.

Rosenqvist had a strong run this afternoon, putting himself into P2 in the early stages of the session before pulling together a monster lap of a 1.22.747.

Venturi’s James Rossiter brought out a red flag an hour from the end of the session after hitting the new temporary chicane installed at the beginning of the straight. The barriers were once more retooled, but many drivers were still unhappy with the set up. Buemi again went down to the site of the crash, documenting the damage.

Audi struggled in the opening stages of the afternoon session but Di Grassi soon found some pace, snatching P1 away when the session restarted following Rossiter’s incident. However, it was Buemi who whitewashed the session, taking the top position back moments later. The race ended with Buemi in P1 with Di Grassi in second and a solid effort from Nelson Piquet Jr placed him in P3.