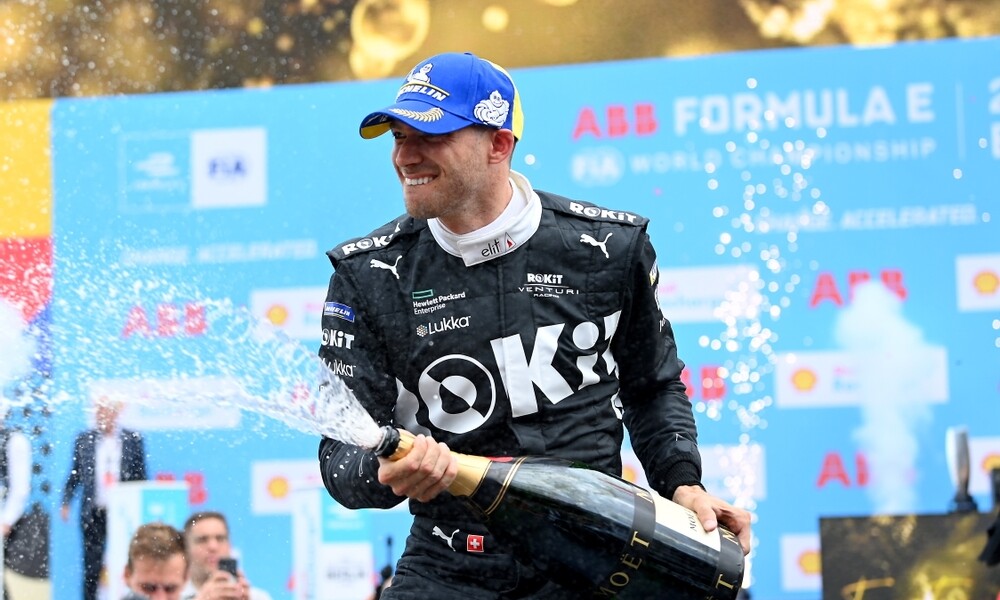 It was a Saturday of success for Mercedes power this weekend at their home race as Formula E returned to Berlin, a fixture on the calendar since the inaugural season. Stoffel Vandoorne headed into Saturday as the championship leader, and held the lead over his rivals but a few drivers managed to break ground and close the gap to reignite the battle at the forefront of the championship.

Edo Mortara claimed a dominant pole position in the German capital, the first of his career, beating Alexander Sims by two tenths. It was the Mahindra man’s first outing in the new qualifying format, after a bizarre situation in the semi-finals in which he and Jean-Eric Vergne posted the same identical laptime. By virtue of posting the time first, Sims claimed the spot in the final. Vergne was relegated to fourth, lining up alongside his teammate Antonio Felix Da Costa who sat in P3. Porsche teammates Andre Lotterer and Pascal Wehrlein rounded out the top six, another consistent display from the German outfit.

Mortara got away well at the front as the chaos unfurled behind him, the two Techeetahs of Vergne and Da Costa prowled, picking off Sims and the Porsche of Lotterer also looked dangerous. The four behind Mortara continued to swap positions during the opening stages of the race. Sims slipped down the order as Wehrlein was the first man in the top six to activate his attack mode. After a poor start from the opening lap, Mercedes’ man Stoffel Vandoorne began an extraordinary climb up the order, finding himself on the fringes of the podium battle. However, the Belgian had to settle for P3 ultimately, as Vergne demonstrated a defensive masterclass to hold off the Mercedes for the second step of the podium. However, it was Mortara who took the spoils in the first round, converting his long-awaited maiden pole into a win.

Lotterer took fourth in his home race, having looked menacing at the start of the race but fell back as energy consumption began to bite. It was also an excellent day at the office for the Jaguar team – double Rome winner Mitch Evans stayed quiet in the opening stages before slowly making his way up the order to capture a healthy glut of points for his championship challenge, finishing in fifth position ahead of Wehrlein. His teammate Sam Bird also climbed through the order, finishing nine places up from his starting position, a stark contrast to the problems that plagued Jaguar in Berlin last year to finish in P7.

Da Costa started well from his second row start and looked in the battle for the podium positions but he failed to keep the pace in the latter stages of the race, finishing in eighth spot. Likewise, Sims had a strong start from the front row but lacked the pace to go with the frontrunners, finishing a tenth behind Da Costa in ninth position as Nyck De Vries rounded out the top ten with the current world champion collecting the final point.