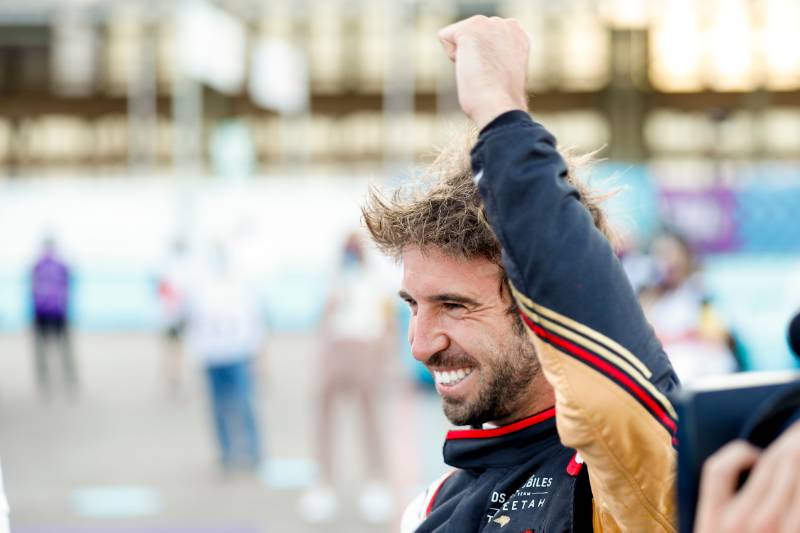 Is there any stopping Antonio Felix da Costa on his charge to his first Formula E title? After the first two races in Berlin, it’s beginning to certainly look that way.  There was a sense of deja vu in Formula E’s second race of the season finale as da Costa continued his assault on the title with a stunning performance to put himself squarely in title contention.

The Techeetah man dominated qualifying again, pipping Nissan’s Sebastien Buemi to the pole position by three tenths. It was another masterclass from the Portuguese driver to hand himself another three points and secure his second pole position in two races. A surprise addition to superpole was Alex Lynn. Returning for the third time to the electric series into the seat vacated by Pascal Wehrlein, Lynn scored bragging rights over teammate Jerome D’Ambrosio and again highlighted the exceptional pace of the Mahindra over one lap. De Vries again featured in superpole but was only able to manage P4 after struggling with oversteer on his flying lap. However, it was a better day for Audi power with both Robin Frijns and Lucas di Grassi managing to slide into superpole, but ultimately, both drivers had scrappy laps and had to settle for P5 and P6 respectively.

Da Costa led the race from pole and again looked unbothered by his competitors, with only a slight wobble when he took his first attack mode,  just managing to stay clear of Buemi in P2. He held off the Nissan man to take his third win of the season and extend his advantage on his title rivals, opening up the gap to a massive 41 points. On the other side of the garage, reigning champion Jean-Eric Vergne struggled again with Max Gunther and Sam Bird both managing to jump him at the start. After scoring no points in the first round of the first race, he eventually had to settle for P10 after struggling with tyre degradation in the latter stages of the race, allowing both Edo Mortara and ex-teammate Andre Lotterer to get the jump on him.

Robin Frijns had a reversal in fortune as the Envision Virgin Racing driver managed to send it up the inside of Alex Lynn to snatch P4 in the opening stages of the race, before pouncing on de Vries for the final podium position a few laps later. However, his hopes of a podium were dashed by Lucas di Grassi who pounced during the first round of attack mode, taking advantage of Nyck de Vries’ stricken Mercedes who came to a halt, bringing out the full course yellow.

Frijns began to fight back in the dying stages of the race, but it was to no avail and the former champion held out for the final podium position. Vandoorne was also brought into the podium fight as he executed a stunning move, sweeping past both Oliver Rowland and Sam Bird. However, despite using his fanboost, he was not able to get past Frijns and di Grassi to record his first podium finish of the season, leaving Buemi and di Grassi to reap the benefits.