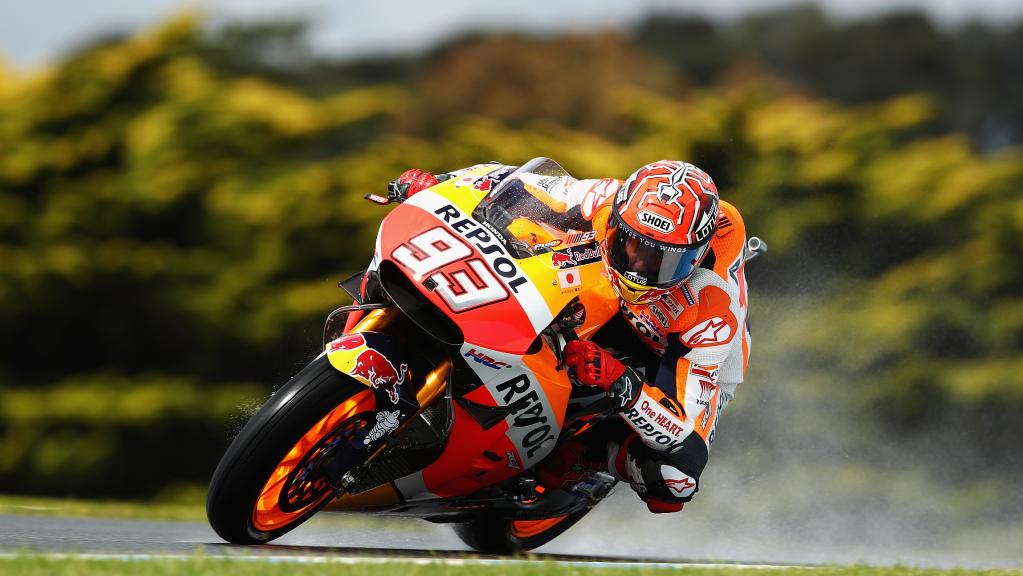 The reigning MotoGP world champion, Marc Marquez, today signed an extension to his contract with the Repsol Honda factory team. The new deal commences as of today and expires at the end of the 2020 season. It also silences the growing rumours that the 25-year old was eyeing a move across to KTM for next season.

Marquez’ decision to extend his stay with the team should not come as a surprise to anyone. After all, Repsol have supported him throughout his Grand Prix career ever since he made his debut in the old 125cc class at Portugal in 2008. All of Marquez’ six world championship titles – 125cc (2010), Moto2 (2012, MotoGP (2013, 2014, 2016, 2017) – have been with the support of the same sponsor. In a sport sometimes known for the egotistical tendencies of many of its leading stars, Marquez’ decision to stay demonstrates a refreshing sense of loyalty. That trait was very much in evidence during his statement when the extension was announced:

MM: “I’m proud to race a member of the Honda family, and I appreciate how Honda always do their best to provide me with everything I need. I would also like to thank everyone who has given me such warm support over the years. The first two official tests went well and, with my contract renewed, I can concentrate on racing in the new season. I will continue to enjoy racing, share my joy with everybody, and do my best to achieve our shared goals.”

There may well come a day when Marquez feels his relationship with Honda has gone as far as it can, and seek a new challenge with another team. Valentino Rossi moved from Yamaha to Ducati in 2011 to attempt to become the first rider to win three premier class titles with three different manufacturers. Jorge Lorenzo switched in 2017 to try and win the championship with a second team and mould them around him. Marquez has the effort of HRC concentrated on him, much in the same way that Rossi had with Yamaha between 2004-2010.

There is no doubt that Marquez is a superstar of the sport – and indeed the whole racing world – but the careers of top class motorcycle racers tend to be much shorter than for other sports. A fact which cannot be ignored when it comes to a contract negotiation.

There is no doubt that Marquez has the potential to win more world championships. Perhaps he may even go on to pass Rossi’s total of 9 titles. To do that, one cannot afford to waste years on noncompetitive machinery. KTM, despite their brilliant debut season are still very much a developing team. Suzuki, whilst capable of consistently finishing inside the top 10 places, lack the budget of Honda or Yamaha. This is a crucial factor when the championship becomes as much a race to develop the bike, as it is a race on track. Ducati have the resources to compete with Honda and Yamaha but, as Lorenzo is proving, requires a rider to completely rework their riding style to control the bike.

As such, for the immediate future, Marquez sees Honda as the team that has the best chance of helping him achieve more world championships.

Ultimately, everything else is an after thought.

As long as both rider and team continue to achieve those “shared goals”, why should they look to part ways any time soon?