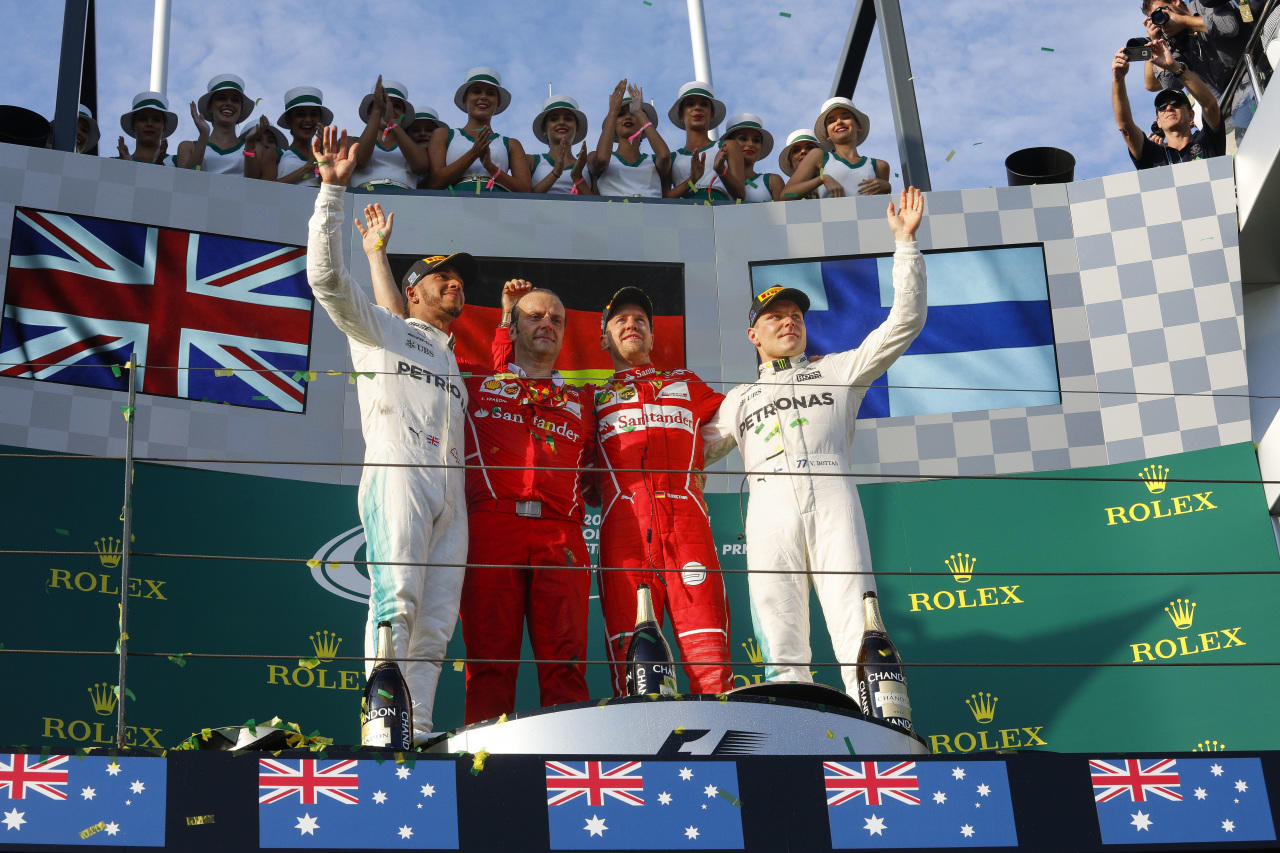 The Hungarian Grand Prix  this weekend sees three men in with a chance to lead the World Drivers’ Championship after the race.

Sebastian Vettel and Lewis Hamilton are virtually neck and neck at the summit, but Valtteri Bottas has certainly put himself in the hunt.

Suddenly there is a lot more riding on this weekend.

The British Grand Prix set the cat amongst the pigeons in the Formula One World Championship fight.

Where before, Vettel had a lead of 20 points and was steadily extending his lead in the Championship on diet of consistency served with a side of controversy, that gap is no more.

Hamilton’s dominant display at Silverstone coupled with Vettel’s afternoon from hell meant that the Brit’s deficit was cut to just one point.

We’re now exactly halfway through the season, and while Vettel and Hamilton have been the two central figures, Bottas in the second Mercedes cannot be ruled out of the running either.

The Finn has quietly and calmly closed the gap since retirement in Spain from third place – had he finished that race, he’d be only eight points behind Vettel.

Hamilton’s headrest strife in Azerbaijan following that series of crazy events in Baku undoubtedly cost him 15 points, while he was off colour all weekend in Sochi.

Vettel was on for third in Silverstone before his tyre blowout and also should have been higher in Canada after contact with Max Verstappen’s Red Bull caused extensive damage to his front wing and floor, costing the German a podium.

Bottas has confounded experts who said that he was a stop gap until Fernando Alonso could break free from his McLaren contract at the end of 2017.

Victories in Russia and Austria have put him within a race win of the decorated Hamilton.

And that could cause Mercedes a headache. While Ferrari can, and have, lined up behind Vettel from early on this season, Mercedes cannot.

Budapest suits Lewis Hamilton. After all, he has won there five times already – although never in a season in which he has won a world title.

Tighter circuits similar to the Hungaroring layout have tended to suit the Ferrari car, and with the weather often hot in Hungary the Prancing Horse will also be bullish about their chances.

Vettel also has a victory here, taken at the chaotic 2015 staging of the event.

The last time the winner of the Hungarian Grand Prix went on to win the World Championship in the same season was 2004 during the Schumacher/Ferrari juggernaut.

One of the three title contenders will have something to say about that this weekend.