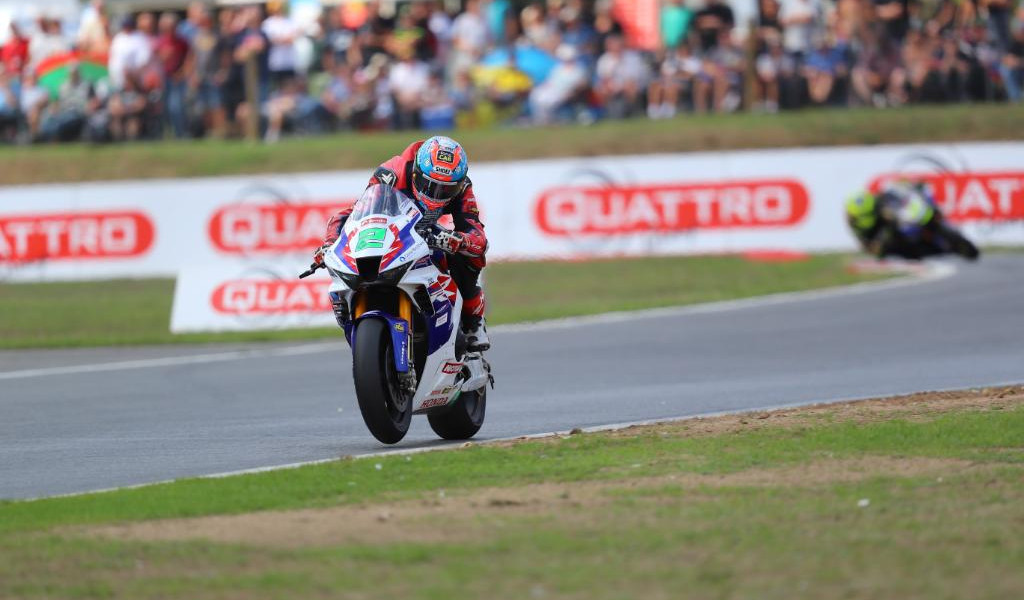 The popular British Superbike and Road Racing Superstar was interviewed by Eurosport’s Steve Day, on Friday after the free practice sessions. Asked if Glenn was satisfied with how things have come on this year, the Honda Racing UK rider responded in the typical, eloquent Glenn Irwin fashion to which he has become known for.

“Yeah, in particular the last few rounds have been really enjoyable. It’s always enjoyable when you take a step with the bike. Probably from here back to Thruxton about 5 rounds ago, I made a step in myself with some old injuries I’ve never been able to get fixed. I’ve managed to get on top of them and since then, it’s been really enjoyable.”

“A massive task to overhaul Brad this weekend and a real strange one too. There’s been a lot going on with Chrissy Rouse and Victor Steeman, so as much as we need Brad to have a ton of bad luck you also don’t want to wish that he slips off and puts himself out of the weekend. We have seen it happen with Kiyo and I’m aware it can happen, but if something like that did happen, you have to grab the bull by the horns. I think the realistic thing is to fight with Tommy [Bridewell], Lee [Jackson] and Jason [O’Halloran] for second place.”

“It’s been a year of overachievement is how I would assess it so far to put the Honda right in amongst everyone. Two wins at the NorthWest 200, fastest newcomer at the Isle of Man TT and if we can wrap up second in the British Championship, then it’s been a real step forward.”

“I feel better than ever but I also feel I can be a lot more. It was a very tough start to the year but my attitude is, [after a pause] well I just have determination. That’s my quality over everyone else. I think I am an ok bike rider that puts my heart and soul into everything to do with it and now I’m in a good place physically, I’m enjoying the Honda so let’s at least try and leave with a race win this weekend, that’s the target. Let’s go for that and see what happens.”

Glenn is currently 66 points behind Brad Ray going into the weekend and, in the same case of Tommy Bridewell, can only consider race wins to keep his title hopes alive.