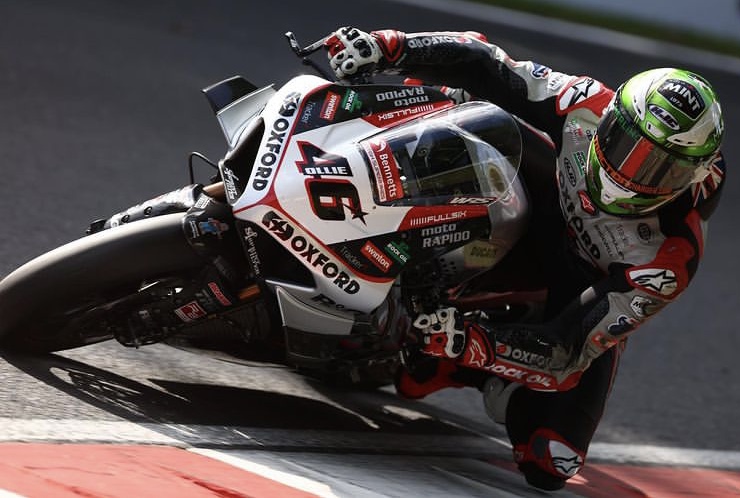 The second most important round of the year? The final round before the Showdown positions are confirmed.

With 3 races to go until the top 8 contenders for the British Superbike Championship are promoted into the Showdown, their points reset to 1000 and their podium credits applied, Snetterton is one of the most important rounds of the year. People are saying that the pressure is now off for Bradley Ray, Jason O’Halloran and Rory Skinner, who have already mathematically secured a place in the Showdown, but those people are wrong. The pressure is relentless now. Podium credits are King.

At the point of writing this piece, there are only 2 podium credits between O’Halloran and Ray should the showdown start now. O’Halloran is on 48 while Brad Ray is on 46, with Tarran Mackenzie back on 24 podium credits. After a poor round at Cadwell Park, O’Halloran has lost his advantage to Ray significantly while also losing the lead in the current overall standings. However, under the British Superbike format and rules, maintaining the lead is not the priority as the points total will be reset after the Snetterton round. All the riders in the top 8 of the standings will enter The Showdown. Their points total will be reset to 1000 points and their podium credit will them be applied (e.g. O’Halloran would be on 1048 and Ray on 1046).

Podium credits are accrued over the whole season and applied at the start of the Showdown phase. Five for the win, 3 for a 2nd place and 1 credit for a 3rd. This is exactly what the format is designed for. It creates a winner takes all situation and if O’Halloran and Ray continue to share the wins into the final round, it would create a next goal wins scenario where whomever wins the final race would take the championship gold and glory.

Rory Skinner isn’t under as much pressure as the likes of O’Halloran and Ray due to the fact he has 9 podium credits and without being defeatist, I don’t think anyone expects him to challenge for the 2022 championship. Skinner is effectively the grey man that will want to perform at his best for himself and his team in the hopes of finishing as high up as possible but Skinner becomes a victim of the scoring system where he could potentially move from 3rd overall to 7th or 8th due to his lack of time spraying the champagne this year.

The riders who haven’t quite done enough to secure their spot in The Showdown, but are currently inhabiting the remaining places available are: –

There are also 3 riders capable of securing a spot in The Showdown at the expense of one of the riders named above: –

Danny Buchan – Synetiq BMW only 14 points from the Showdown.

Peter Hickman – FHO BMW only 34 points from the Showdown.

Leon Haslam – VisionTrack Kawasaki only 35 points from the Showdown.

There are 75 points up for grabs at Snetterton. It is a very important round for these riders too. Riders like Jackson, Irwin, Bridewell, Mackenzie and Ryde are vying to keep their place within the showdown while Buchan, Hickman and Haslam are trying to swipe their spots away from them. Couple this with a recent dip in form for Kyle Ryde, and a poor Cadwell Park round for reigning champion Tarran Mackenzie, those final spots are looking like they’re up for grabs.

As it stands, Tarran Mackenzie has good form at Snetterton landing himself on the podium in all 3 races during 2021, taking 2 wins and a 2nd place. O’Halloran took two 3rd place finishes and a race win. It goes without saying the McAMS boys are expected to be running at the front during the Snetterton round and with Bradley Ray’s recent form, he should be right in the mix too.

The Norfork circuit, not far from the Southwest coast nr Norwich is another one of Motorsport Vision’s venues, owned by Jonathan Palmer’s company who also own Cadwell Park, Brands Hatch and Oulton Park. Snetterton is another airfield circuit, originally RAF Snetterton Heath opened in 1943 and closed in 1948 after World War 2 when it was handed back to the local landowners. Soon after in the 1950’s it became a venue for two and four wheeled racing and has changed layout somewhat over the years to its current one, with the addition of the infield section in 2011 to make up the Snetterton 100 track, 200 and the 300 track formats. The Snetterton 300 layout used by British Superbikes is 2.969miles long and is the second longest racing circuit in the country. To this day it continues to host all manner of racing events, including British Superbikes and British Touring Cars.

Who will take the bull by the horns this weekend?

We will soon see!