Well, what an incredible return of the Acropolis Rally to the calendar. It may not have been the rough event that it was in the past, but it was no less challenging.

Let’s take a look at the performances of each driver.

With Kalle taking such a strong victory, his second at the of the year, it’s fair to say the promise that he showed when he made his debut last year is definitely starting to bear out in some amazing results. Eight stage wins from the fifteen stages in total show complete domination, the kind that we would expect from any of the top drivers. If these results continue, then he could finish second or third in the championship.

Now Seb opened the road throughout Friday, and he did really well to stay close to the top positions, and was ready to swoop for second place if Ott had any problems. Three stage wins confirmed the pace that Toyota had and showed that the team had made the most of their pre-event test. With this drive, he and Julien have pretty much put one hand on this year’s championship.

Finally, Elfyn had a tough Saturday with his gearchange problems, but he kept his head in the right place and delivered a very good result with some top times. It was the first time since he joined the team that he’d experienced any technical problems with the Yaris, which is pretty impressive. He even nearly took his first Powerstage win for a long time, only to be denied by Kalle at the last moment.

When Ott was at one with his car, he was really quick in the way that we have witnessed over the years. Three stage wins was a good reward for the Estonian’s, and their first podium since his third in the Safari Rally Kenya. Far too long for a driver of his quality. It seems at least that the team have got on top of their suspension problems.

Dani was kind of stuck in no-mans land, which was a surprise for the Spaniard. Still, it was a good start to the new partnership with Candido Carrera, and it will be interesting to see how things develop for the rest of this season.

Thierry took a single stage win, but just like Elfyn his pace was held back by technical problems, namely powersteering problems. He turned mechanic and fixed it, but had lost so much time with penalties and having to struggle with his car on the stages. He’s still in third place in the championship, but it probably fair to say that his championship hopes are over for this year. Now it will be all about where he can finish in the championship.

Finally, Malcolm’s team showed some pace, taking a second fastest time with Adrien on the last day. The Frenchman also suffered a technical problem, with him having to change the sparkplugs on the road section. This gave him and Renaud some huge time penalties and not only dropped him behind Gus, but also Elfyn. Up to that point, he’d been the fastest M-Sport driver all weekend. 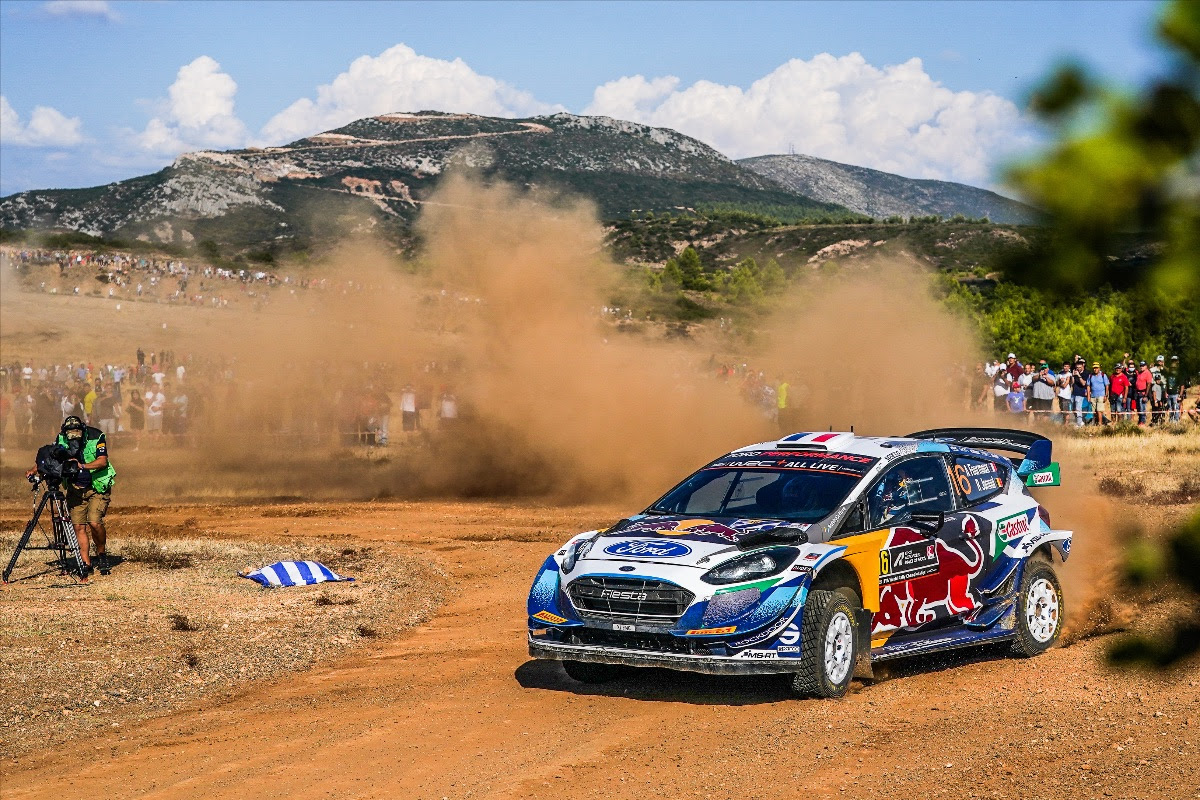 Gus had a good weekend again, but was not quite on the pace of his teammate. Still, it was another decent weekend for the Brit and consistent pace brought him a more points. He’ll almost certainly be part of the team next year, given that he’s been testing the Puma Rally1 car.

In the WRC2 there was a great battle between Andreas and Marco in their Toksport run Fabia Evo’s. The Bolivian led at the end of Friday and Saturday, only to lose the lead each day. Andreas increased his lead on the final day and took a well-deserved victory, and thus extended his championship lead.

Finally, in WRC3, Chris held the lead for a while, before dropping back behind Yohan and then Kajetan. It was his first drive of the year with Toksport, the team that he won the ERC title in 2019 and ultimately brought him a deserved podium. Sadly, for Yohan, he was excluded from the results as his car when weighed was found to be overweight. A real shame considering his performance over the weekend, and the problem that he overcame after damaging his steering on the final stage and making a fix that meant that he could get back to the service park. The Frenchman has appealed the exclusion and we will have to await the outcome of this in the next few weeks. Emil took the final podium spot in the category as a result of the Citroen drivers’ exclusion.

Who was your driver of the rally? Let us know!