The H24 prototype (MissionH24) which as been on hold for the last 12 to 18 months will return to the track at Spa-Francorchamps this weekend, it will take part in the Free Practice sessions for the Michelin Le Mans Cup with the rest of the grid, the H24 as only completed in private testing a few hundred miles / kilometres, with its first public showing at the Le Mans 24 hours this August, the drivers taking the car through its development are Stephane Richelmi, Norman Nato and ex McLaren Formula One driver Stoffel Vandoorne, the car will be refuelled with Hydrogen at the circuit and it will be an accurate mechanical test for the car, testing will take place on Friday 17th September with two sessions one at 11:00 to 12:00 and the other at 16:55 to 17:55 (CEST). 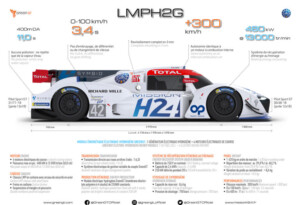 Pierre Fillon President of the Le Mans Organiser of the Automobile Club de l’ Quest as explained with the new regulations it would be possible for the new Hydrogen fuel Cell cars to challenge for a win at the Le Mans in 2025, along-side the Hypercars & LMDh cars, he also revealed that 8 manufacturers are part of the group working with the new regulations to develop fuel cells and expects at least 3 of them to be on the grid for 2025. 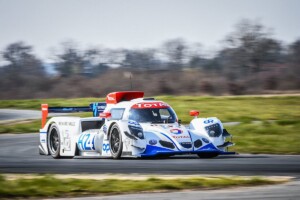