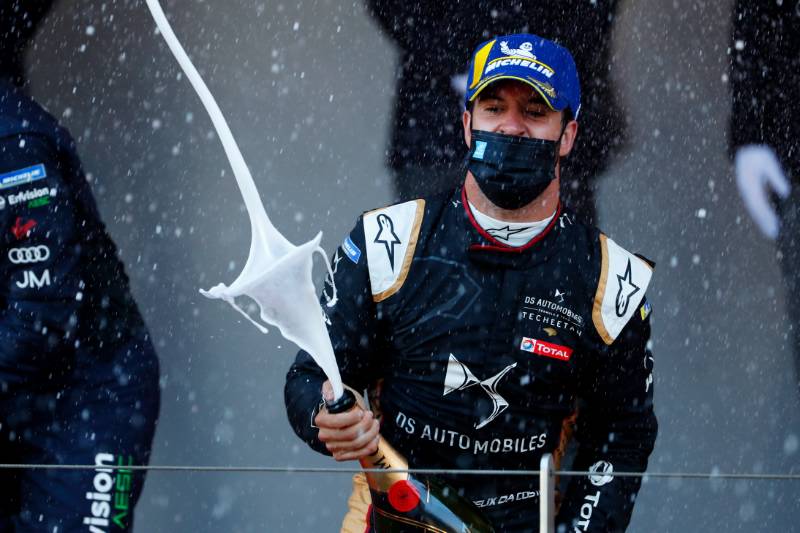 Formula E returned this weekend, after a two week break to what is considered the glittering jewel in the motorsport crown, the glamorous and iconic streets of Monaco. Although it was familiar territory to the drivers, the venue boasted a new track layout, with the cars able to use the full track for the first time in the electric series’ history. Nyck de Vries headed into the weekend as the championship leader, but for him and Mercedes, it threw up heartbreak for the German manufacturer.

Reigning champion Antonio Felix da Costa claimed a dominant pole position in the streets of the principality, beating Envision Virgin’s Robin Frijns by a mere whisker. Mitch Evans started in P3 in the Jaguar, who ran just a few tenths shy of the pole time. Former champion Jean-Eric Vergne and Max Gunther lined up in P4 and P5 respectively, whilst Oliver Rowland rounded out the top six, having his laptime deleted as he left the garage too late, a factor not aided by Sergio Sette Camara’s late crash in group 4 which brought out the red flag and forced Sebastien Buemi and Tom Blomqvist to reattempt their flying laps. Title favourites Mercedes again struggled in the conditions, forced to start near the back of the grid, as was Jaguar’s Sam Bird who started in a lowly P16.

Da Costa started well, getting the jump almost immediately on Frijns and Evans, however, the Dutchman was able to stay with the reigning champion and the pair of them began to pull away from the rest of the field whilst Wehrlein and Sims got tangled together in a bizarre incident at the famous Mirabeau hairpin. Within five minutes, Frijns closed in on Da Costa and snatched the lead away. Da Costa responded by taking attack mode, but it was to no avail. The pair of them headed at the front, as Bird and Di Grassi, both of whom had started down the order began to claw their way into the points-paying positions.

Da Costa and Frijns fought for the lead as the time ticked away, both swapping positions whenever their attack modes were taken, which allowed Evans to come back into play, bringing Gunther and Vergne with him. Vergne looked impressive in the Techeetah, but made a mistake and failed to activate his second attack mode, which allowed Gunther through to fight for the podium. Da Costa used his fanboost to great effect to fly past Frijns for the lead going into the famous tunnel, whilst Evans too began his charge using his second attack mode to sweep past Frijns a lap later. Evans soon disposed of Da Costa for the lead with fifteen minutes left on the clock and everything looked in order, until Rene Rast’s Audi stopped on the climb up towards Casino Square bringing out the safety car and with it, the dreaded energy reduction.

As in Valencia, Monaco showcased a thrilling sprint to the finish line in the dying stages of the race as Da Costa, desperate to shake off the demons of two weeks prior, swept past Evans for the lead for the race out of the tunnel, a move he had used previously to pass Frijns earlier. Evans was pipped to P2 by Frijns, after the energy reduction left him vulnerable and had to settle for the final podium position. The trio were followed by Vergne who just missed out on the podium, Gunther, Rowland and Bird rounded out the top seven. Due to the failure of Mercedes’ driver and championship leader Nyck de Vries to score any points, Robin Frijns inherited the championship lead as we head to Mexico in five weeks time.