Preparations are well underway for the 2021 British Touring Car Championship season, with drivers being announced throughout the off-season, with changes afoot up and down the paddock.

The one team who have their squad confirmed is Laser Tools. Drivers champion Ash Sutton remains with the team as does Aiden Moffat. Joining the pair in a third Infiniti Q50 is Carl Boardley. He joins from Team HARD where he drove a gold BMW 1 Series last season. With the team confirmed, they can focus on maintaining last season’s impressive pace.

One of the more seismic changes for 2021 is that Tom Ingram has departed the Speedworks side after seven years with the team. The now works Toyota outfit are opting for two drivers with neither being confirmed. Rory Butcher has been strongly linked with the team and with Motorbase being acquired by rival team AmD last week, Butcher looks to be replacing Ingram in the Toyota. A Jack Sears Trophy contender would be good for Toyota to be battling on all fronts. Rowbottom fits the bill having raced for Ciceley in 2019. He has front wheel drive machinery experience and is a capable points scorer.

Ciceley Motorsport are another team with changes being made for 2021. They have replaced the race winning Mercedes A Class with two BMW 3 Series cars. These have already had great success with WSR for the last two years and this represents a step up for Ciceley. Adam Morgan has already been confirmed for the new season with Tom Chilton being hotly tipped to join him. Chilton has plenty of backing, and has the pedigree to back it up with 14 race wins. His specialty would appear to be front wheel drive but he’s a strong driver who can often adapt to whatever he is driving.

Team HARD are going for it this season, with a brand new car, the Leon Cupra, replacing their trusty old workhorse VW CC’s. Last season’s drivers Goff and Geddie are signed up with Aron Taylor-Smith returning to the sport after a three year absence. He’s won four races in the BTCC and has been racing in British GT for the last couple of seasons. Our pick for the fourth seat is Rick Parfitt Jr. He’s stated he’s keen to race in the BTCC this season and signing with Team HARD would be a real statement of intent by the team. 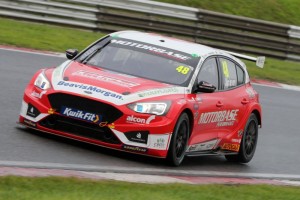 As mentioned earlier, MB Motorsport/AmD have acquired Motorbase, one of the finer teams on the grid. They showed promise with the Ford Focus last season and will be keen to build on it. Jake Hill is the only confirmed driver but with one of the directors now being Pete Osborne, it’s safe to assume his son Sam will be in a Focus after driving for MB last season. They’ve stated they’re in talks with Senna Proctor and Chilton to join the team, however it would be remiss of the team to overlook Ollie Jackson considering the pace he showed in the latter half of the 2020 season. Andy Neate would likely fill the fourth car with plenty of backing behind him to help the team.

WSR were Manufacturer and Team champions last season, but Turkington lost out on the drivers title to Sutton. It’s almost certain he’ll return to try and take that title back, with 2020 team mate Tom Oliphant returning to the team as backup. WSR will be running a third 3 Series for 2021, and many drivers are being linked with what will be one of the most sought after seats on the grid. Our guess is Stephen Jelley, who won two of his three race wins with WSR in 2009, will join the team having raced for Team Parker for the last few seasons.

Dan Cammish is one of the strongest drivers on the grid, and remains with Team Dynamics for 2021. The speculation is rife about whether team mate, BTCC legend Matt Neal, will call it a day or keep racing for another year. The veteran is 54 now, but still shows his speed. We believe Neal will give it one more season before giving the seat up.

Excelr8 enjoyed a good season with the Hyundai last season with Senna Proctor and Chris Smiley behind the wheel. They have merged with Trade Price Cars for the 2021 season with a fleet of four Hyundai’s. Smiley is tipped to remain with the team, with Bobby Thompson coming over with Trade Price. Jack Butel is the only confirmed option with Tom Ingram being rumoured to join in a Ginsters liveried Hyundai.

BTC suffered a challenging season last year, with reliability dragging them down. Cook and Crees remain, with the third seat being vacant. Senna Proctor would be a good signing for the side, with plenty of front wheel drive experience, ability to fight for positions, and has partnered Cook at Power Maxed Racing in 2018, holding his own.

Speaking of Power Maxed, they’re hoping to be back full time this season after running several drivers over the course of the 2020 season. BTCC legend Plato is contracted to race for the side, with Rob Austin our tip to return having impressed in his one-off outing with PMR last season.