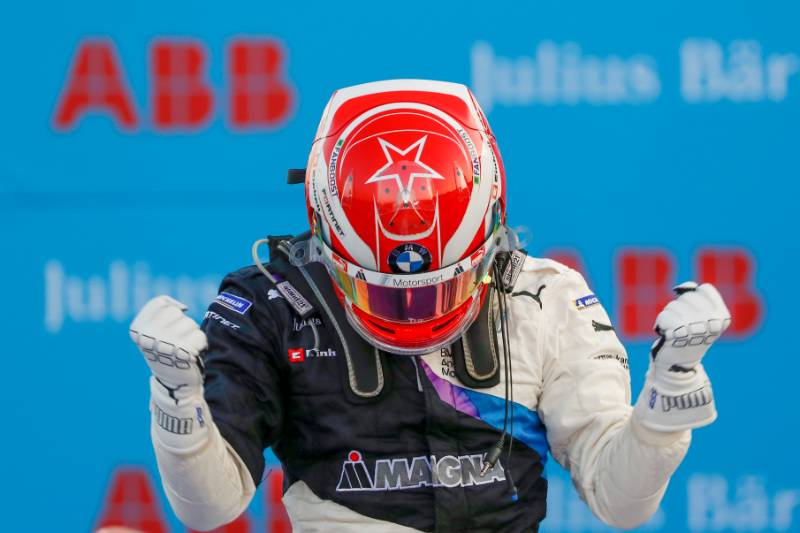 We’re at the halfway point in the Formula E’s super season finale in Berlin, and although the championship fight seems to have fallen by the wayside with Antonio Da Costa still holding an impressive lead, race three certainly was filled with fireworks. However, as the cars took to the original circuit layout, qualifying was not dominated by Da Costa but his teammate Jean-Eric Vergne. He’s been somewhat of the supporter to Da Costa’s heroics this season but he certainly showed otherwise by taking pole position by half a second from BMW’s Max Guenther who put in an impressive lap to line up second on the grid.

Mahindra seemed to be a team reborn as the Indian-based manufacturer managed to get both cars into Superpole, however, Jerome D’Ambrosio struggled with his overall pace to start P3, whilst Alex Lynn managed a scrappy lap to snatch P5. Stoffel Vandoorne continued his impeccable qualifying form, but his Mercedes struggled with grip in the hot conditions, leaving the Belgian P4 whilst Robin Frijns rounded out the top six, helped by the momentum of almost scoring a podium position in the last race.

Vergne lead from the start, whilst Guenther became embroiled in a battle with the two Mahindras for the podium positions and he was passed by D’Ambrosio into turn one. However, Guenther soon reclaimed second place back from the Mahindra and began to cut into Vergne’s two second buffer.

Vandoorne was another big loser in the opening stages, dropping behind Lynn and Frijns but after the first round of attack mode was deployed, the Mercedes man managed to get back into P4 before his race ended prematurely due to a puncture. Compatriots Luca Di Grassi and Felipe Massa came together in the latter stages of the race, with Di Grassi trying to squeeze the Venturi into the hairpin at turn 1 but the move backfired and the former champion was left out of the points. Massa picked up a late penalty for the incident dropping him too out of the points.

Frijns continued his momentum by making quick work of Lynn before taking P3 from D’Ambrosio before the safety car was brought out for an incident in the mid pack which left Sergio Sette Camara and Neel Jani stranded in the middle of the track and the safety car deployed.

As racing resumed, Guenther closed the gap on Vergne but when the second round of attack modes were deployed, Vergne managed to stay ahead of the chasing BMW but not for long as Guenther managed to get the Techeetah into turn seven with five minutes remaining.

Vergne lost momentum after the move, and struggling with energy management, he was forced to yield P2 to Frijns who began to chase the race leader Guenther in the dying stages of the race but it was too little, too late.

Guenther picked up his second win of the season to move to second in the championship standings ahead of Frijns and Vergne, whilst Da Costa had to settle for P4 with a stunning drive up through the order to add another glut of points to his own championship tally.