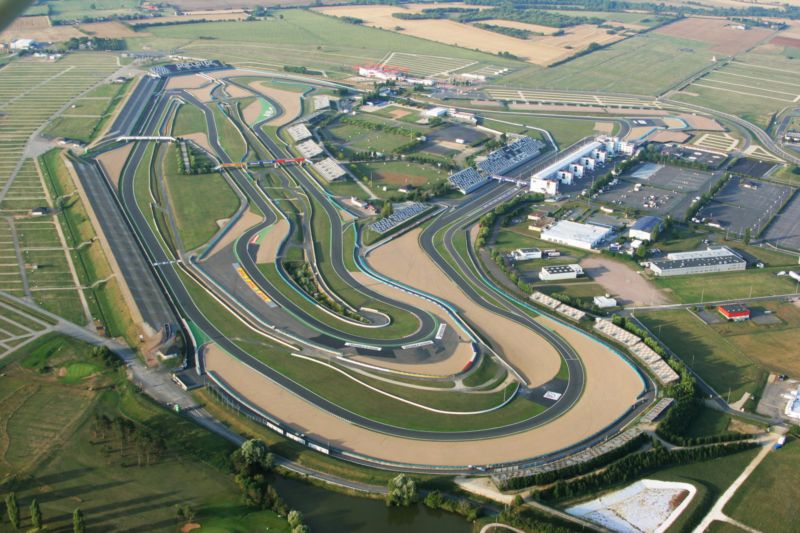 The 2018 FIM Superbike World Championship is set to be decided this weekend, whilst history could be made in the junior class, at the beautiful Magny-Cours circuit in France.

Jonathan Rea (Kawasaki Racing Team) has his first clear cut opportunity to wrap up the Superbike World Championship this weekend. The 31-year old arrives at the French round with an imperious 116-point lead to closest rival Chaz Davies (Aruba.it Ducati). Provided Rea finishes the weekend with a lead of 100 points or more, he will be crowned champion with two rounds of the season to spare.

For Davies, as the only other rider now with any mathematical chance of winning the championship, it simply “win or bust”. The Welshman produced a heroic ride in Race 2 last time out in Portimao – defying the pain caused by a badly broken collarbone, and holding off Rea in a thrilling scrap over the race lead for the first half of the race. Although still not 100% recovered, the fortnight’s break between Portimao and Magny-Cours will have considerably aided Davies’ recovery and fitness.

With the championship now an exclusive affair between Davies and Rea, the remainder of the field are focused solely on the glory of race wins. Alex Lowes and Michael Van der Mark (both Pata-Yamaha) have not shied away from this being their sole objective for the final three rounds of the season. Van der Mark arrives this weekend off the back of another impressive performance, claiming podium finishes in both races in Portugal. Now with 9 podiums to his name this season, the flying Dutchman looks the most likely of the pair to add to his brace of victories this season.

There is also the matter of pride – and indeed team honour – at stake in the battle to secure a top 10 finish in the standings. Five riders – Toprak Razgatlioglu (Pucetti Kawasaki), Loris Baz (Gulf-Althea BMW), Lorenzo Savadori (Milwaukee Aprilia), Jordi Torres (MV Agusta) and Leon Camier (Red Bull Honda) – are all in this fight, and are covered by just 18 points.

Savadori will be desperate to return a brace of strong results this weekend, having crashed out of Race 1 at Portimao when sat in a comfortable podium position. With his place in the Milwaukee team for next year reportedly uncertain at best, he perhaps has the most to gain by ensuring he finishes the season inside the top 10.

Ana Carrasco (DS Junior Team Kawasaki) is on the verge of making history this weekend. Should see clinch the Supersport 300 championship on Sunday, the 21-year old Spaniard will become the first woman to ever win a solo world-level series. With two wins this season, and 90 points to her name, Carrasco arrives at Magny-Cours in pole-position at the top of the standings.

However, Carrasco will be pushed all the way to the chequered flag this weekend, as there are three other riders who can also win the ‘300 crown. Scott Deroue (Motoport Kawasaki), Mika Perez (Kawasaki Parkingo Team) and Luca Grunwald (Freudenberg KTM) are all within striking range of the title.

Deroue is closest to catching Carrasco, with the young Dutchman sitting on 80 points. How fitting it should be that these two should be duking it out for the title – in 2014 they were teammates together in the FIM Moto3 world championship. A difficult campaign for them both saw them seek pastures new. Carrasco remained in Moto3 in 2015 the following year – but racing for a different team, whilst Deroue entered and won the British Motostar championship.

Although we cannot completely discount Perez and Grunwald, it is highly likely that – come Sunday night – it will be either Ana Carrasco or Scott Deroue who is crowned world champion.