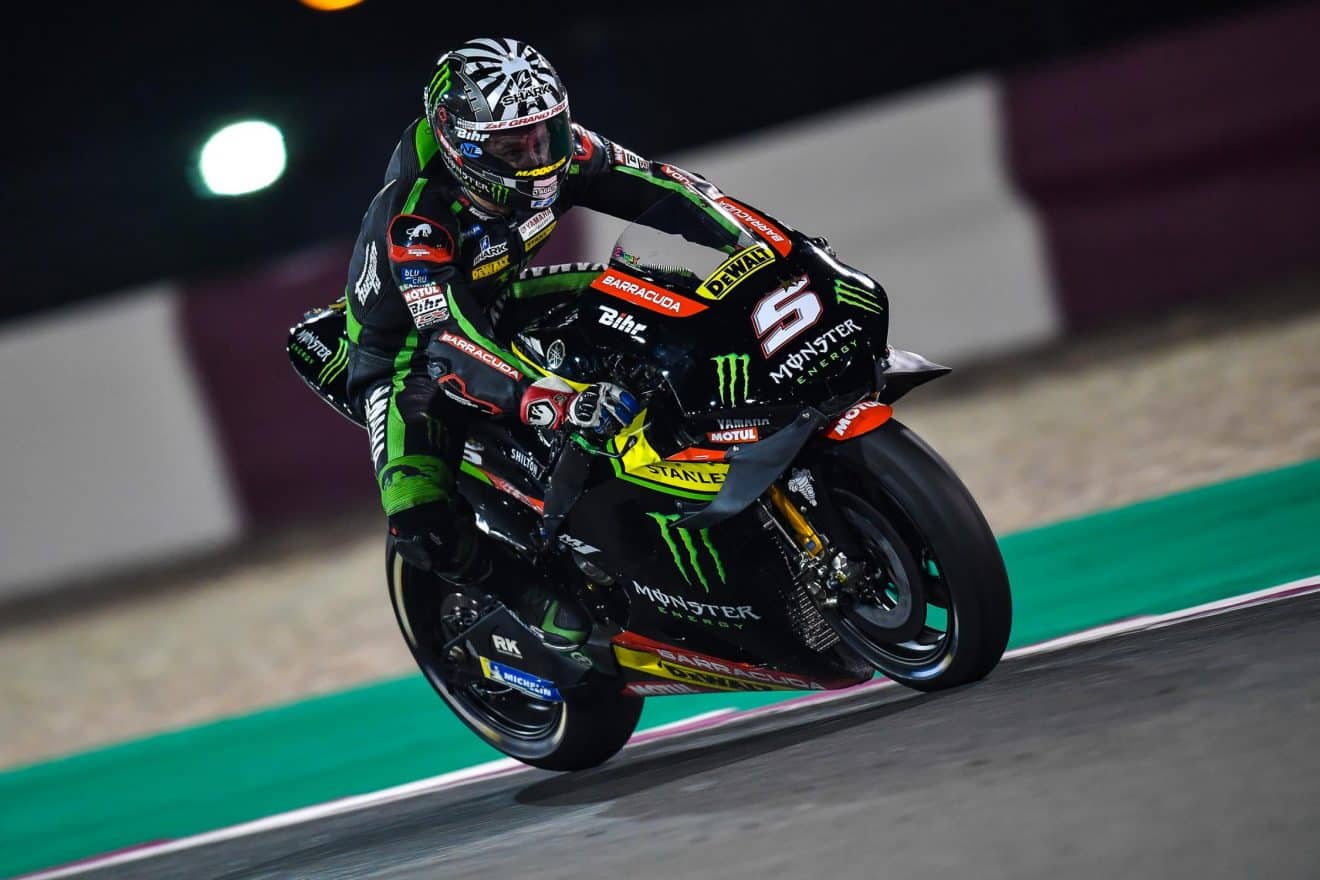 Johann Zarco broke the lap record under the lights to shock the field and claim the first pole position of the 2018 season.

The qualifying format has remained the same in MotoGP for 2018 – after the first three practice sessions the riders with the ten best times given an automatic bye into the second qualifying session. The remaining fourteen riders must contest the first session, with only the top two progressing.

Aboard a 2017 satellite Yamaha machine, Zarco (Monster Yamaha Tech3) shocked the MotoGP world this afternoon with a stunning performance at the Losail circuit. The Frenchman came from nowhere in the dying seconds of qualifying, setting the fastest times across all four sectors and taking pole with a time of 1”53.680. It was a brilliant ride which, considering the preseason troubles Yamaha have faced this winter, could not provide a greater morale boost for the Japanese manufacturer.

Maverick Vinales (Movistar Yamaha) was the big name who failed to make the practice top 10. It has been a difficult weekend so far for the Spanish rider, with the factory rider struggling to find any competitive setup for his bike. Vinales was forced to ride to the very limit in the first qualifying session, in order to ensure he at least guaranteed a start from the fourth row of the grid tomorrow.

Jack Miller (Alma Pramac Ducati), was one of the stand out performers under the lights. The Australian rider left it late in the Q1 to stamp his authority with a time of 1:54.634, to progress into the pole position shoot out. Miller has been quietly adjusting to life aboard the Desmosedici GP17 machine, and a starting position of P10 on his debut outing for the team is a solid return. Pramac will be content with the display from both their riders today. Miller’s teammate, Danilo Petrucci, had been looking strong throughout practice and duly backed that up this afternoon. The Italian produced a best lap time of 1:53.887 to secure P3, and a place on the front row tomorrow.

Marc Marquez (Repsol Honda) and Cal Crutchlow (LCR Honda Castrol) have given everyone at HRC some confidence for tomorrow. The reigning world champion will start tomorrow from the middle of the front row, and first of the riders on full factory machinery. Crutchlow will head up the second row, from P4, following a brilliant final lap on wearing tyres to pip the Ducati of Andrea Dovizioso by 0.002 seconds.

Dovizioso (P5) might well be rueing a missed opportunity today. The 2017 championship runner up has held a monopoly at the top of the timesheets throughout practice. However a mistake on his opening run, and traffic on his final lap cost him a place on the front row. The consolation for the Ducati man is that there are no points handing out for qualifying, and tomorrow the Italian has the chance to reassert his dominance in the race.

KTM struggled throughout Friday practice, and today was sadly no exception for either team. The latter will have been left extremely frustrated today after it looked like both riders, Bradley Smith (P20) and Pol Espargaro (P22), suffered technical failures during Q1 and were unable to progress. The Austrian factory team will no doubt be hoping for a trouble free race on Sunday.