F1 has completed its first full season under Liberty Media’s ownership, all 20 races have been and gone, the champion has been crowned and everyone’s preparing for the year ahead. Liberty are the new kids on the block, their arrival has been met with a mixed response and they’ve got a lot to learn if they’re to manage the sport successfully.

While critics will argue that Liberty haven’t achieved an awful lot so far, it’s important to remember the unstable mess that they picked from Bernie Ecclestone on the 23rd January 2017. Bernie’s strategy was to keep F1 on an unstable platform so that no one got too comfortable however, this is the opposite of what is needed for growth and expansion.

The bias within the F1 remains for now, Ferrari still get a disproportionate amount of prize money but that’s unlikely to change as it is part of the Concorde Agreement which was signed in 2013 and runs to 2020. In spite of this, Liberty have made it clear that they intend on scrapping the controversial agreement as soon as possible.

“We have the infamous document called the Concorde Agreement, which is this agreement that comes up every six to eight years – it comes up in 2020 – which defines the financial arrangements with teams,”

“Our goal is to create much more of a long-term partnership, not a partnership that sort of has a point in time that you go out and renegotiate the next eight-year partnership, that there’s a continuum.” – Chase Carey, F1 Chairman

Even with the majority of the inner workings of F1 being locked in contracts, Liberty have started to make changes to the social element of the sport. Almost immediately the strict regulations surrounding social media usage in the paddock were relaxed, allowing teams and drivers to better connect with and involve fans. 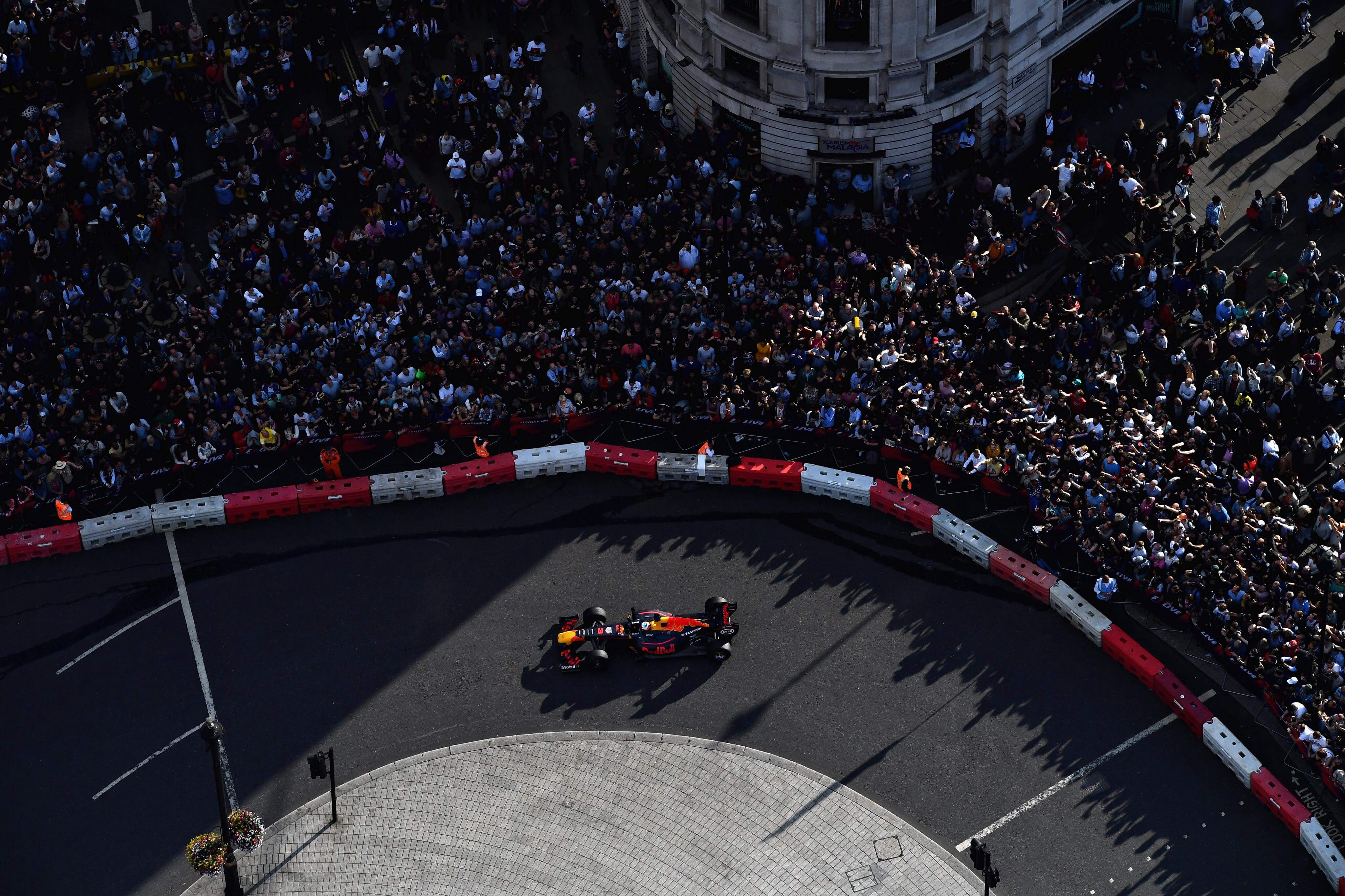 The London Live event was an entirely new concept for F1 which brought all the drivers, bar Hamilton, to the centre of London with live music, interviews and an impressive demo run in the old cars. This type of event is going to become more common in the coming years and, with the relaxation of more regulations, can now include the current cars doing demo runs.

Another of Liberty’s changes was to the logo, this was met with swathes of criticism however, the FIA stood by Liberty’s decision so the new logo will be sticking around for 2018 and beyond.

“What we wanted to do was provide a fresh energy to the sport and I think we have a lot of plans for the future, a lot of things we want to do and we thought the logo was a good way to emphasise the excitement, fresh energy and a new day to take the sport to a new place,” – Carey

2017 was just the start of Liberty’s new venture, they intend to set up an in-house live streaming service for 2018 however, it will only be available in countries where there isn’t a pre-exiting TV deal that guarantees exclusivity, for example the UK and Sky.

They will also have to tackle the looming engine regulation change, set to come in for 2020. The current hybrid engines have proven to be unpopular with fans, monumentally expensive to teams and have detracted any new manufactures from joining – just look what happened to Honda. The change will be a delicate balancing act to please the current manufactures while attracting new ones and improve the show for the fans.

It’s clear that some fundamental changes need to be made to F1 if it’s to succeed in this modern world. Liberty need to take back control from the manufactures for a start; if Ferrari want to quit, let them – decisions need to be made for the benefit the sport, not one or two manufactures.

Likewise, changes need to be made to the ludicrous engine penalties; capping them at 15 places for 2018 is a start but more needs to be done to stop them ruining races, confusing fans and even deciding the championship.

Even with all that, F1 as a whole needs to be modernised, it needs to attract new fans and it needs to have a bigger, more global reach. F1 was the fastest growing sport on social media in 2017 but it still has a long way to go to have anything like the presence of the NBA, the Premier League, La Liga and such like.

Overall, Liberty Media’s first year in charge has gone as well as it could’ve, the confident manner in which they are talking is promising but there’s still a long way to go and a lot more hurdles to clear before F1 is anywhere near where it should be.

One Reply to “Opinion Piece: How has Liberty Media’s first year gone?”