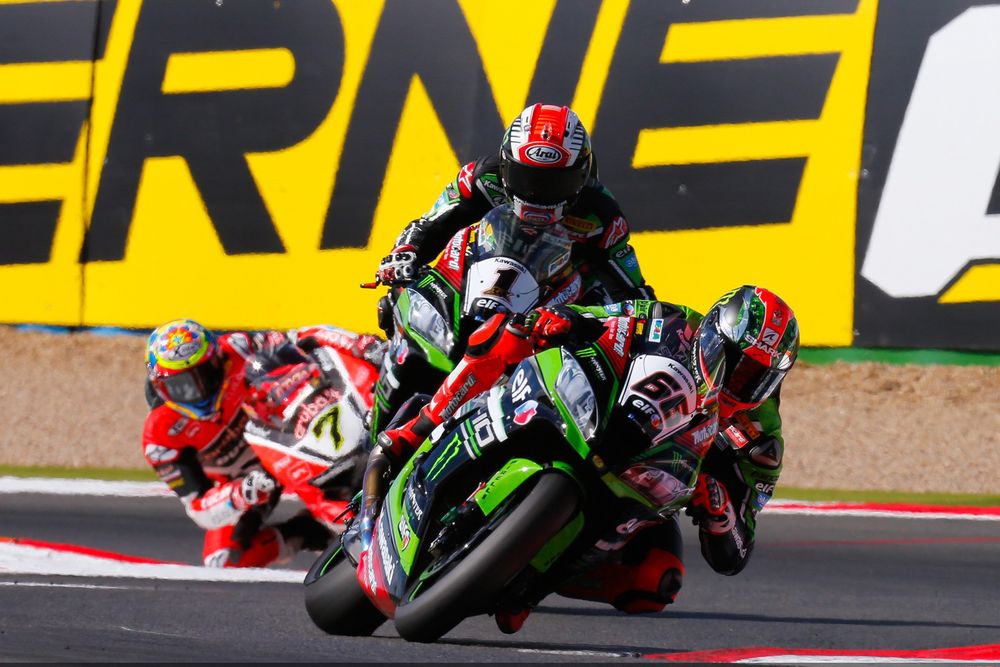 The World Superbike circus rumbles into the heart of the idyllic French countryside this weekend at the Circuit de Magny-Cours.

The venue has garnered a reputation in recent seasons as being somewhat of a ‘Marmite’ venue with teams and fans. With the track featuring a multitude of high-speed chicanes, long medium-speed corners and a couple of hairpins for good measure, it is perhaps the most technically challenging circuit on the calendar. The layout also places a very high demand on a rider’s physicality. Get the bike setup right and you’re laughing all the way to the chequered flag; get it wrong however and you’re in for a very difficult weekend.

It is here where Jonathan Rea (Kawasaki Racing Team) has his first opportunity to seal the World Championship title, for the third consecutive year. The Northern Irishman arrives in France with a staggering 431 points, with his teammate, Tom Sykes, in second place, with a paltry haul – relatively speaking – of 311. In short, Rea needs to outscore the Yorkshireman by just five points in either race, to secure the series with two rounds to go. Sykes will not want to go down without a fight. Against the odds after a serious bout of illness early in the season, he remains the only other man who can mathematically win the championship. They may be teammates but there are no team orders. Sykes, being so far back, has nothing to lose and can go all out for the win and keep the series alive.

It is not expected to be an easy weekend for the Aruba.it Ducati outfit. The technical nature of the circuit, particularly the high speed chicanes, does not play to their bikes’ strengths. Nevertheless, this is a place where Chaz Davies has had success in the past. Last season he claimed victory in both races – the latter after fending off Rea during the closing laps. He will also be eager to return to the top step this weekend, having crashed last time out in Portimao. Although not in realistic contention for the championship, Ducati management has issued a challenge to their team to outscore Kawasaki over the remaining races this season. The performance gap between the two teams has been steadily decreasing over the course of 2017 and a strong finish to the season will send Ducati into the winter break confident of outperforming their rivals next year.

Pata-Yamaha will be confident of a good weekend at the French circuit. In complete contrast to Ducati, the lack of long straights significantly aids the performance of the bikes. Michael Van der Mark will be hoping to emulate the success he has achieved here, having secured third place on the podium with Honda, last year. In contrast, Magny-Cours has not been a happy hunting ground for Alex Lowes in recent times, having finished only eleventh and nineteenth respectively at the French track last season. There is an intriguing dynamic, nay, rivalry developing between the teammates as they are separated in the standings by just three points (Lowes 169, VdM 166). Both riders believe they have the ability to win the world championship and will want to sign off from 2017 as top Yamaha. Both are beginning to dig their heels in and fight to be no/1 with their team.

Further down the field, the stage is once again set for another duel between Xavi Fores (Barni-Racing Ducati) and Leon Camier (MV Agusta). Such has been the ferocity of their on-track battles, one could be forgiven for thinking they were contending for the championship. In a way, they are battling for an honorary title – being the best single-rider team in the field. In recent rounds both riders have secured strong points finishes, both inside the top ten, mixing it with the factory supported teams. A quite remarkable achievement considering Fores is on a privateer Ducati (with no factory support), and Camier is on an increasingly outdated machine.