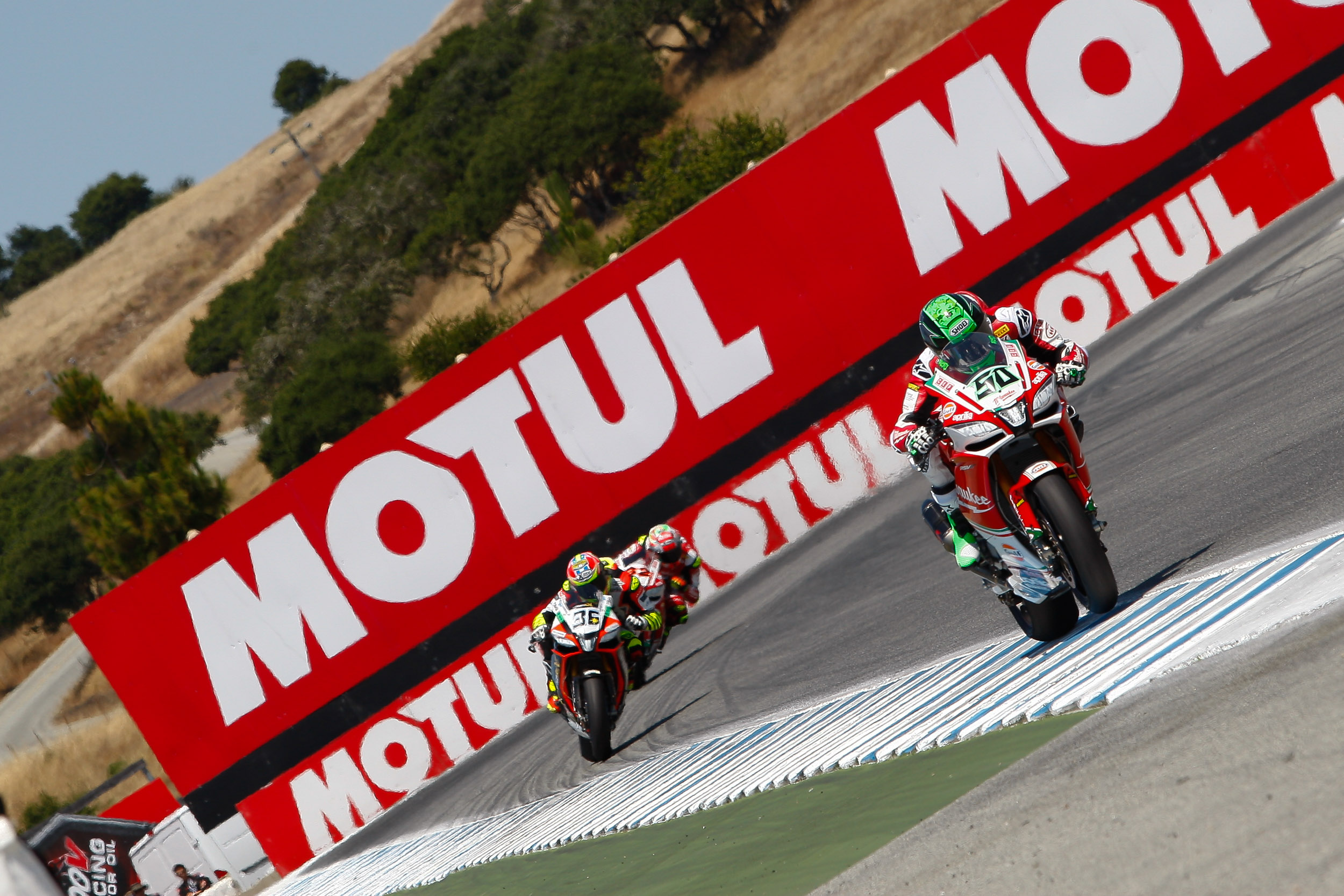 Eugene Laverty heads to Magny-Cours this weekend, in search of giving Shaun Muir’s Milwaukee Aprilia team their first podium of the season, having completed a successful Portimao round in Portugal two weeks ago.

The Irishman took his biggest points haul of the season last time out and finished closer to winning a race than all season long. The Aprilia is starting to come good towards the end of the season, setting the team up nicely for 2018 – especially as Laverty has already signed to remain with the team.

“Portimao was our best result of the year and the closest we have been to the race winner. We also had a good test on Monday, so we’re on the right tracks and looking to progress with three rounds left”, said Laverty, who is positive about his dry weather chances on Saturday and Sunday.

“Magny-Cours should be good for us because the rear tyre is usually consistent for the whole race. That could all change if it rains though and it looks set to rain all day on Saturday which will be a challenge”, he continued.

The 31-year-old ex GP rider has never won a race at Magny-Cours in the Superbike class and the last time he raced there, he didn’t score any points – riding for the Crescent Suzuki team in 2014. In 2013, he finished 2nd and 3rd in the races, whilst he also took a victory in 2010 on his way to 2nd in the World Supersport championship.

“The grip of the tarmac here will be a benefit though. We are still missing some traction out of the slow corners but it’s an area we are improving in. We’ll be working hard towards the podium which is the aim this weekend.”

Aprilia as a manufacturer have won three times at the circuit, with Sylvain Guintoli, Marco Melandri and Max Biaggi all tasting champagne from the top-step of the rostrum. Will Eugene Laverty add his name to that specific list?