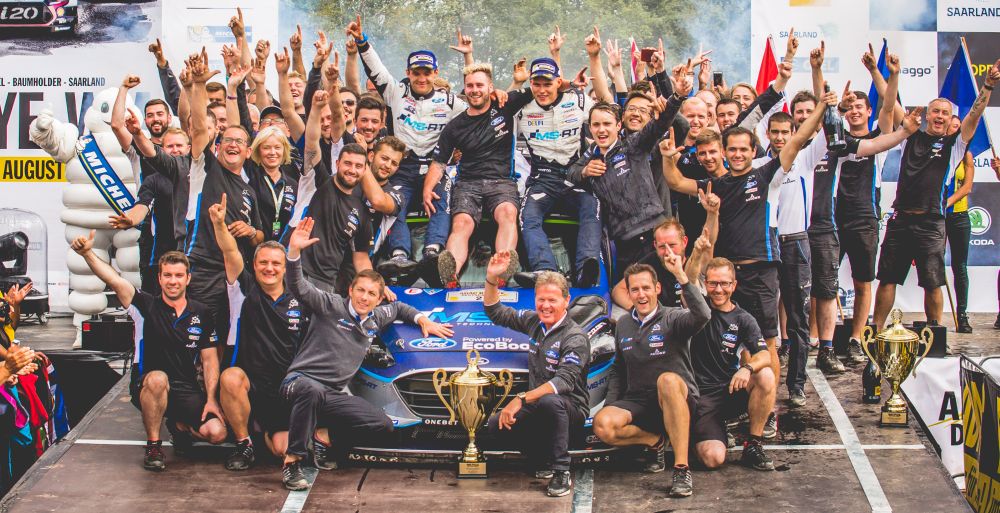 M-Sport ended their Rally Germany hoodoo as Ott Tanak secured his second win of his career, as Sebastien Ogier took a huge leap towards the title.

Title rivals Ogier and Thierry Neuville of Hyundai were level on points coming into the asphalt event. However with Neuville breaking his suspension on the Panzerplatte stage.

However with Neuville breaking his suspension and being unable to return until Sunday, Ogier seized the initiative and took it easy, sitting behind Andreas Mikkelsen in second and Tanak comfortably out front.

Mikkelsen, who was flying the flag for Citroën after Kris Meeke’s Thursday superspecial crash less than a mile into the event, helped boost his chances of a further drive with the team. His 2017 season looks uncertain and his second place did his chances no harm.

He led for much of Friday but just couldn’t catch Tanak, who took the win by 16.4 seconds. Ogier couldn’t catch Mikkelsen and settled for third, knowing he’d be leading the championship.

Neuville re-joined the rally under Rally2, but couldn’t regain his confidence and finished outside the top ten.

Elfyn Evans had a rally to forget after being in the top five for most of the rally, only to lose fifth place to Citroen’s Craig Breen on the last stage. His DMACK tyres weren’t as competitive when the weather improved on Saturday, meaning he lost fourth to Toyota’s Juno Hanninen and fifth to Breen. 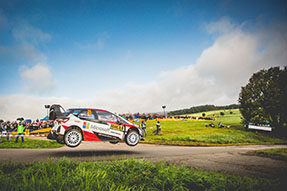 Toyota were enjoying a positive Rally Germany and were fighting for the top five, until Jari-Matti Latvala’s Yaris had a misfire and fell down the order, ending the rally seventh. Team mate Esapekka Lappi crashed, finishing outside the top ten after returning through Rally2.

Hyundai’s only hope was Hayden Paddon, who took eighth after an early puncture scuppered his chances.

Hyundai’s Dani Sordo took the powerstage win, with Lappi, Latvala, Ogier and Breen taking the top five and the extra points it provided.

This saw Ogier take his title lead to 17 points, with Neuville needing to pull off some impressive results in the remaining rounds of the season.

M-Sport Team Principal Malcolm Wilson said: “Everyone in the team is extremely happy as you can imagine. After all the work that went on behind the scenes, we knew that we could challenge for a strong result but never dreamt of achieving anything quite like this.”