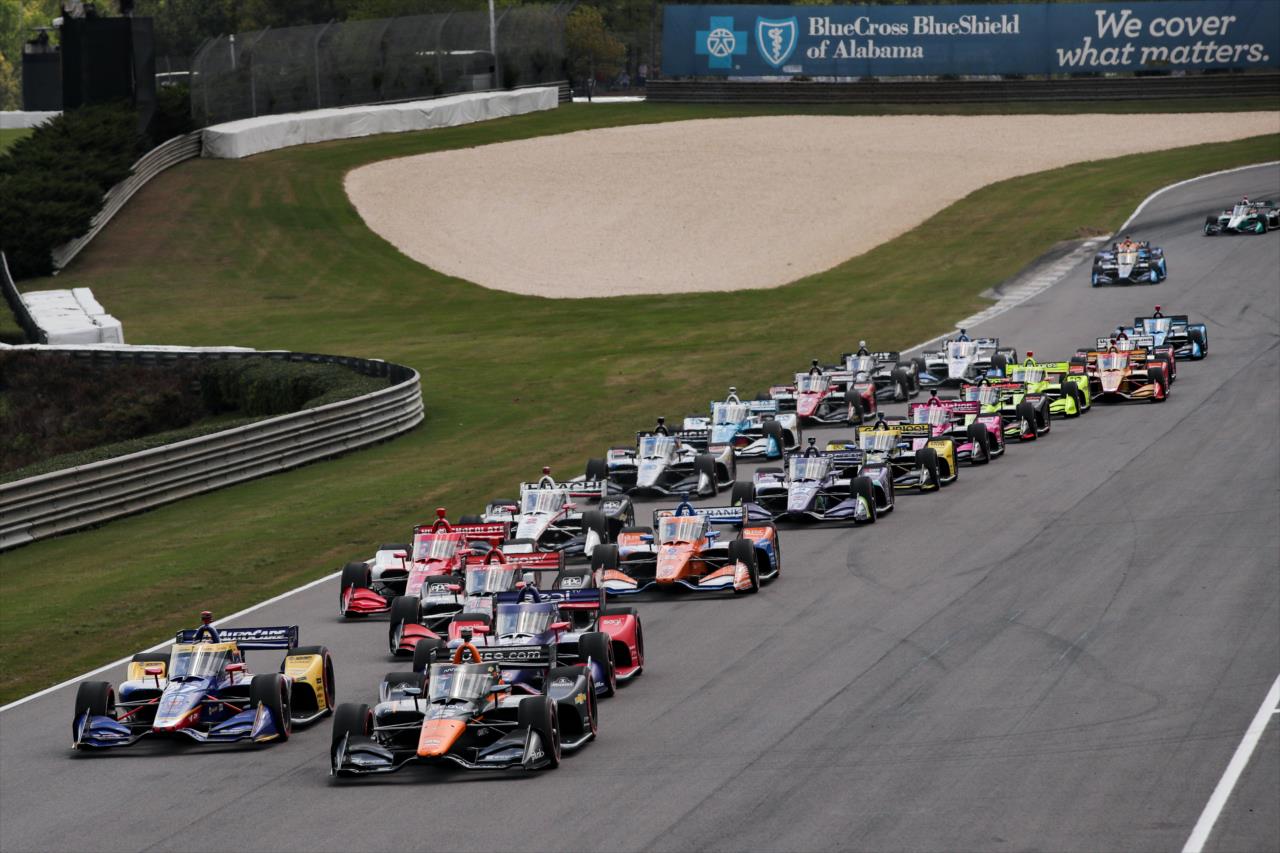 After a three week break, the IndyCar series are back for the fourth round of the NTT IndyCar Series Championship, at the fast-flowing and twisty Barber Motorsports Park, the racing circuit located in Birmingham, Alabama.

The IndyCar series will race around the 2.3-mile, 17-turn circuit for 90 laps, a total of 207 miles. This will be the 12th edition of the event, with Chip Ganassi’s Álex Palou winning the 2021 race, his first career win on his debut for Chip Ganassi Racing which made it the perfect start to his 2021 championship-winning campaign.

This the final race before the month of May and the Indy Grand Prix (14th May) and the double points paying Indy 500 (29th May), but technically the Alabama race is being held on Sunday 1st May this time around.

The race weekend schedule is as follows. The first practice session of the weekend took place on Friday, which saw Andretti Autosport’s Colton Herta, top the charts with a lap time of 1:06.5149. Meanwhile, it appeared Josef Newgarden, a three-time winner of the race, had issues, managing only 18th in practice one.

While IndyCar have provided the teams and drivers with a healthy amount of practice for the race, it may not be as useful as first thought, as the state of Alabama are due scattered rain showers and storms on Sunday which may reach the track during the race. This has the making for it to be one of the most exciting and unpredictable races of the season yet.

Going into the race weekend, Josef Newgarden leads the championship by five points, after winning his first Long Beach Grand Prix, over Team Penske teammate Scott McLaughlin. Despite winning three times at Barber, Josef Newgarden had a nightmarish 2021 race when he got loose coming over the hill after turn four, before getting onto the grass and spinning wildly across the track, ending his day and taking out Colton Herta and Ryan Hunter-Reay in the process.

If Josef Newgarden does win the race this weekend, he will claim the PeopleReady Force For Good Challenge’s $1 million prize. This challenge tasks drivers to win on each type of track during the 2022 season; that being an oval, a street course and a road course/circuit. After consecutive wins at Texas Motor Speedway and Long Beach, Newgarden is just left with a circuit to tick off to win the grand prize. The win on a circuit such as Barber this weekend would earn him a $500,000 bonus and a matching $500,000 donation for his charities, Wags and Walks Nashville and SeriousFun Children’s Network.

Fifth place in the standings Scott Dixon, will be hoping to finally go one place higher on the podium and capture his first victory at Barber Motorsports Park, having been runner up in the race six times, and finishing third or better in nine of the last 11 races there, including third in 2021.

In qualifying, Arrow McLaren SP’s Pato O’Ward will be looking to repeat last years feat of not only taking the pole position but beating the track record with a lap time of 1:05.5019. Four-time Barber pole sitter Will Power will be looking to make it five poles, last doing so in 2017.

Twenty-six drivers are entered for the race weekend, the same roster of drivers from Long Beach, with all six rookies, Calderon, DeFrancesco, Ilott, who went eighth fastest in Friday’s practice session, Kirkwood, Lundgaard and Malukas who won the second Indy Light’s race at Barber last year, set to compete in their first Honda Indy Grand Prix of Alabama.

Josef Newgarden gets 600th win for Team Penske at Texas!

McLaughlin wins his first IndyCar race on the streets of St. Pete