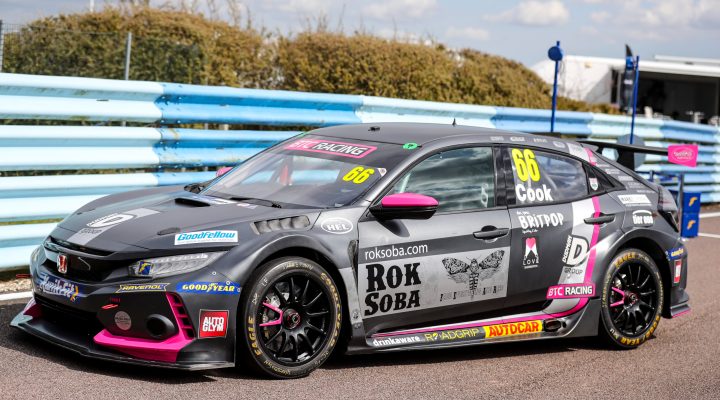 Josh Cook took the first win of the 2021 British Touring Car Championship season at Thruxton in an exciting opening race.

The first race is the only race all season which is ballast free, which means all drivers are on a level playing field and it’s purely a case of who’s fastest.

Sutton got away well, with Ingram and Colin Turkington in tow behind. Into the complex at Cobb, Turkington tapped Sutton in braking and spun Sutton around. This promoted Cook to the lead as he manoeuvred past the pair into a lead he never surrendered.

The Safety Car was brought out at the end of lap one as the returning Gordon Shedden tapped the back of Ollie Jackson. This sent the Honda driver into a spin before he collected Chris Smiley. The pair ended in the wall and Jackson pitted to fix an damage. Tom Oliphant appeared to be struggling to get heat into his tyres as he went off before pitting.

On lap seven the Safety Car pulled in and racing resumed. Ingram was on the back of Cook instantly, and was looking to overtake.

Sutton’s resurgence began on lap eight as he passed Sam Smelt and Oliphant. Meanwhile further up Dan Rowbottom, who replaced Matt Neal this season at Team Dynamics, moved around the outside of ex-team mate Adam Morgan at the final chicane in a very impressive move.

A transmission failure ended Stephen Jelley’s impressive return to Team WSR as he pulled into the pits.

In the closing stages there was a battle between Jason Plato, Rory Butcher, and Dan Cammish. Plato fought with Butcher for fifth, and both were passed by Cammish. He swooped into fifth and pulled away in his BTC Honda.

There was a light splatter of rain at the end of the race but nothing to bother the drivers as Cook cruised to the win, keeping up his impressive winning streak at Thruxton dating back to 2018. Ingram was second with Hill third. Turkington came home fourth, but was handed a penalty post race for his part in taking out Sutton, dropping him to tenth., Cammish, Butcher, Plato, Rowbottom, Morgan, and Ash Sutton rounded off the top ten on the road but were all promoted because of Turkington’s penalty.