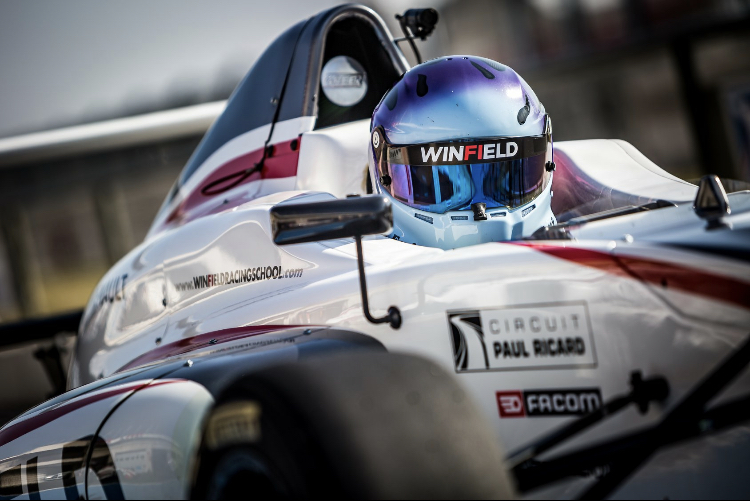 I’ve been in motorsport for just four years now and if it weren’t for my mum and dad, I doubt I would have even thought about getting involved in it to be honest.

Since starting I’ve raced very few girls in karts or cars, and I’ve often talked about why there aren’t many of us in it to my parents. My feeling is that parents of boys and girls have historically chosen to keep with stereotypical roles, so the boys might get taken karting and girls to dancing or stuff like that. I think it’s changing but it needs to change rapidly and at an earlier age, and that way teams, organisers and the like will understand that girls are every bit as worthy as boys, they can be as fast as boys, faster even, and that the physicality side of driving any race car is not beyond a girl. We are equally good.

I’ve been lucky enough to have great support from another female driver, Indy 500 driver Pippa Mann. Initially that came from a chance she gave to six deserving young drivers through her scholarship with the Lucas Oil School of Racing, but since I proved I had serious pace, she’s gone way beyond to help me reach my potential.

Shift Up Now, run by Lynn Kehoe and Karen Salvaggio, is a collective of women helping women in motorsport for whom I became an ambassador from 2019 onwards. They too have been supportive of me and a number of other girls through their tireless work to get more girls into better cars, more often. Without people like Lynn, Karen and Pippa, there are a lot of girls who wouldn’t be driving anything at all by now, so imagine what number of girls would be getting behind the wheel of a car or kart if more of us did the same. If just a few more drivers have their time to helping other young drivers develop, or even start something that helps you g girls get into Karting then the chances of a girl reaching F1 and IndyCar would be massively increased.

But motorsport isn’t just about drivers, it’s about so many other roles too, such as engineers, data analysts, mechanics, team owners, bosses, crew chiefs – the list is endless, and all can be filled by women. It’s very cool that diversity is coming through into these jobs and more and more girls are seeing their dream jobs in motorsport materialise more and more frequently.

I very much hope to push my career as a driver further and further up the ladder to F1 or IndyCar for myself, but in doing what I’m doing, and every other female racing driver out there doing the same, we’re showing young girls that they can get involved in racing and be great at it and hopefully, we are also changing the way people perceive the motorsport world too.

If you want to learn more about Emily, visit her website www.emilylinscott.com or her social media channels
Insta emi_racing
Twitter: @emily_linscott
FB: @emilylinscottracing