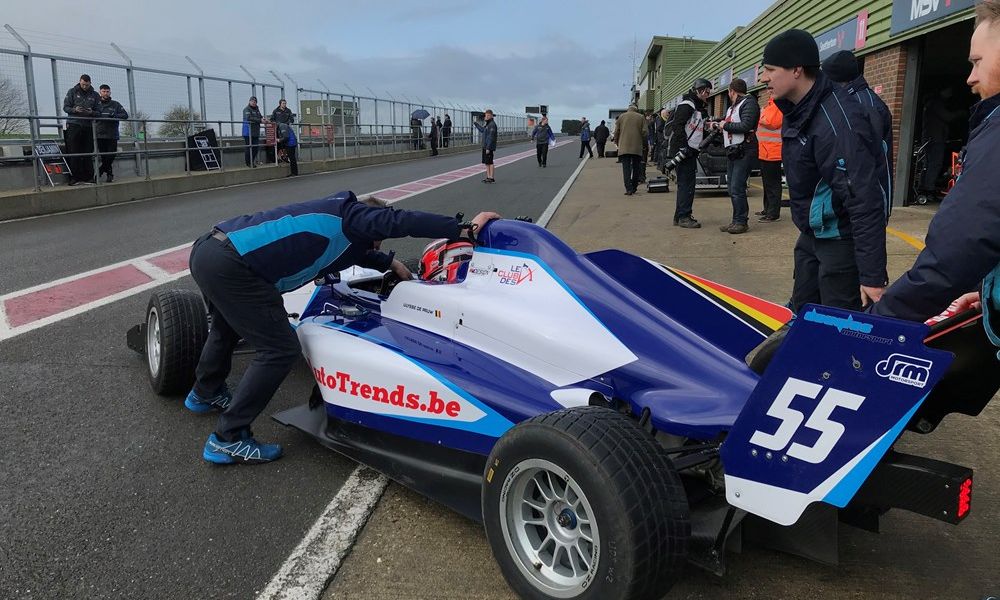 De Pauw, whose relationship with Douglas Motorsport continues for a second year in the series, led home Jordan Dempsey of Chris Dittmann Racing and Guilherme Peixoto of Carlin Motorsport, both of whom looking to make their British F3 debuts in 2020.

The returning Benjamin Pedersen was fourth at a damp Snetterton ahead of British F3 debutants Ollie Clarke and Josh Skelton.

American Kaylen Frederick is back at Carlin for a second season and was seventh ahead of the improving Josh Mason in eighth for Lanan, while a glut of potential debutants in Manaf Hajjawi, Louis Foster and Bart Horsten filled out positions nine to 11.

Kiern Jewis, one of the favourites for this years championship, was 12th for Douglas Motorsport ahead of more debutants in Christian Olsen and Piers Prior, with Nazim Azman 15th having joined Carlin from Chris Dittmann Racing and Mexican Sebastian Alvarez in 16th.