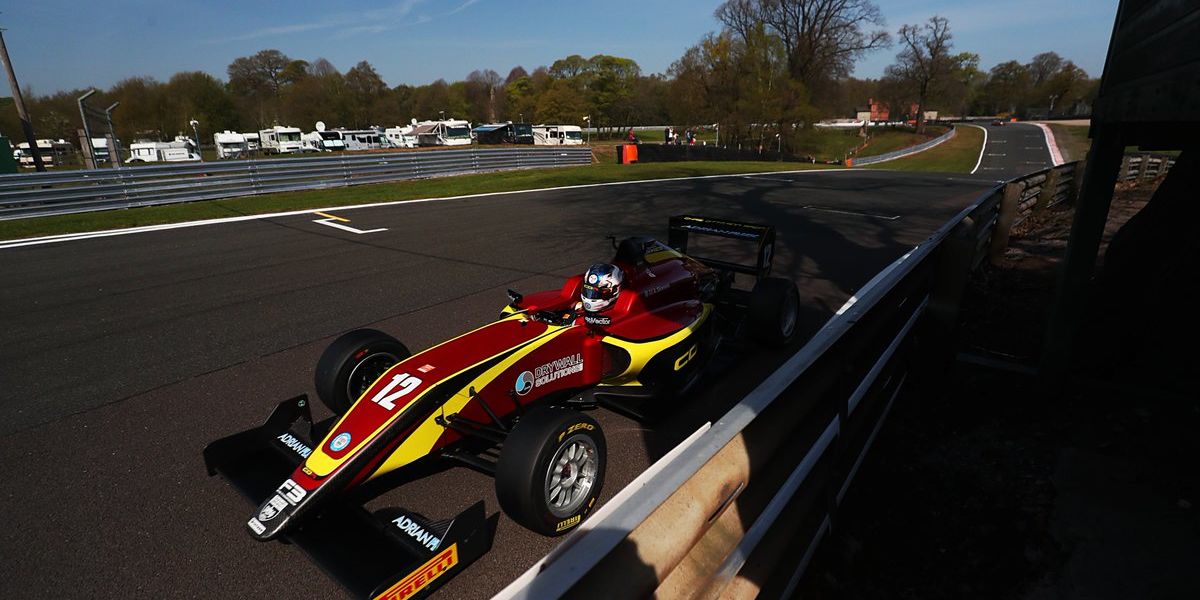 Chris Dittmann Racing’s Ayrton Simmons took his and his team’s first ever British F3 victory to crown a solid weekend at the office.

Simmons took the win to back up earlier finishes of third and fifth in the reverse-grid Race Two, while Johnathan Hoggard took second ahead of Kaylen Frederick and Kiern Jewiss in fourth.

It was Neil Verhagen and Clement Novalak that took the chequered flag in the top two on the road, but the pair were given five second time penalties

Hillspeed’s Sasakorn Chaimongkol was seventh ahead of Manuel Maldonado in eighth for Fortec. with Hampus Ericsson was ninth ahead of Race Two winner Benjamin Pedersen.

For Verhagen and Novalak, it was a case of trying to extend the gap to Simmons and Hoggard behind, it was always going to be an uphill task with the top five very evenly matched, Kaylen Frederick in particular keeping his counsel to maintain third.

Post race a 10 second penalty was issued by the Clerk of the Course to Nazim Azman for making contact with Lucas Petersson at Stowe, forcing Petersson to spin. Azman receives three penalty points.