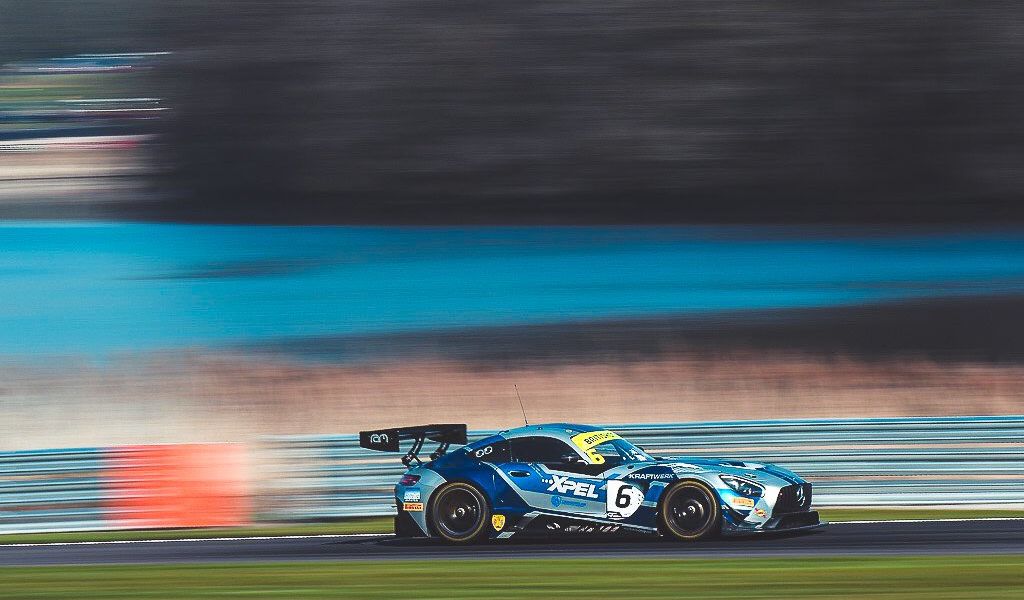 Iain Loggie will start from pole position for the first race of the British GT 2019 season after an impressive display during AM qualifying.

Loggie was over half a second clear in his first race since switching from Bentley to a Mercedes for this season at a hot Oulton Park.

The Scotsman will lead Ryan Ratcliffe’s Bentley away from the lights on Monday morning after a strong showing from the Welshman, with Sam De Haan’s Lamborghini completing the top three.

Rick Parfitt Junior will go from fourth after again teaming up with Bentley and Seb Morris, ahead of Dominic PAul and Adam Balon.

Callum Willmott and Mark Farmer complete row four as Aston Martin still try to find their feet with the new V8 Vantage ahead of Richard Neary and Graham Davidson, with the troubled Shaun Balfe McLaren and Ollie Wilkinson’s Aston Martin on the penultimate row ahead of Andrew Howard’s Beechdean Aston Martin.

In GT4 Pro qualifying, it was another strong RAM Racing showing as Adam Christodoulou was able to qualify third behind a stunning lap from Phil Keen in the Barwell Lamborghini and Callum Macleod’s excellent showing for Bentley.

Seb Morris’ fourth place to back the earlier result up of his teammate Parfitt suggests that Bentley are back on song after a difficult 2018 campaign for the 2017 champions.

Jonny Cocker was fifth for Barwell ahead of Nicki Thiim and Marco Sorensen in the Aston Martins, while the Century Motorsport BMW duo of Jack Mitchell and Ben Green were eighth and ninth.

Defending champion Jonny Adam was only 10th in the TF Sport Aston Martin V8 Vantage, with Bradley Ellis and Glynn Geddie rounding off the GT3 class after Rob Bell’s McLaren failed to set a time.