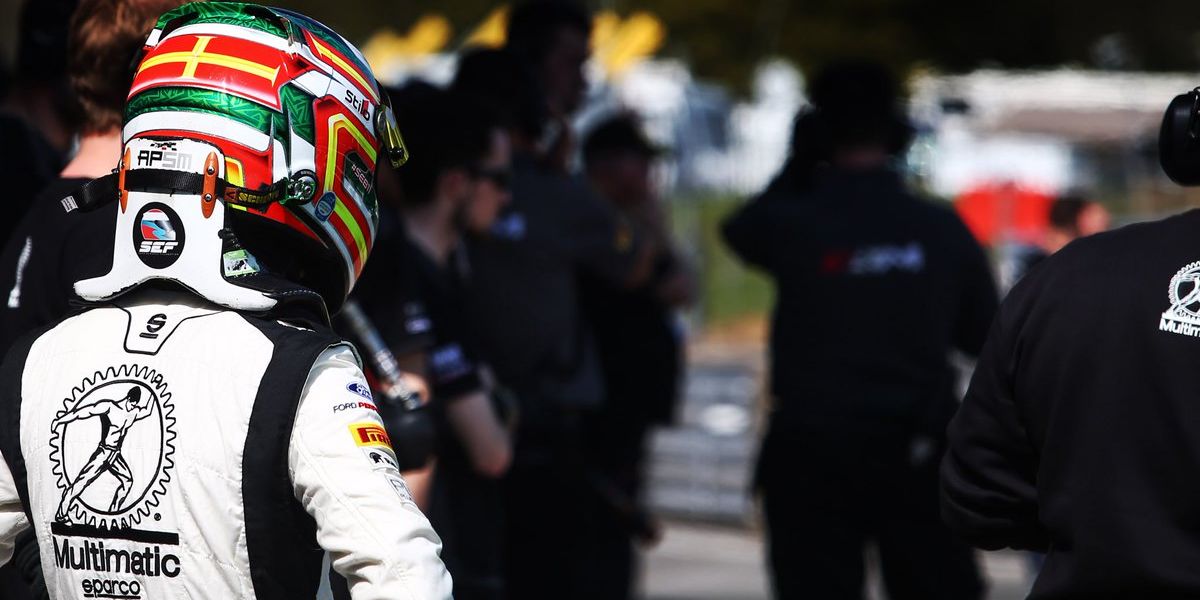 Canadian Maxwell, having previously never visited Oulton Park, took pole for the morning race on Monday ahead of teammate Jade Buford, with the HHC McLaren duo Dean MacDonald and Tom Jackson very much the best of the rest.

The TF Sport #95 entry of 16-year-old Patrick Kibble was the highest placed Aston Martin of the early session for TF Sport ahead of Tolman’s Jordan Collard and defending GT4 champions Century Motorsport with Mark Kimber.

Alex Toth-Jones in the Academy Motorsport Aston Martin was eighth, while James Dorlin was ninth for Tolman having graduated from the Renault Clio Cup last year ahead of Pro/Am category Championship contender Kelvin Fletcher in the Beechdean Aston Martin.

In Race Two qualifying, Priaulx was over a second clear of the field as he annihilated his GT4 counterparts.

Scott Malvern’s Team Parker Racing Mercedes was the next best, 1.1s behind the Ford Mustang with Michael Broadhurst third to make it an AMG 2-3.

Matt George was sixth in the Invictus Racing Jaguar ahead of Luke Williams in the HHC McLaren and Lewis Proctor’s Tolman McLaren, with defending champions Century Motorsport ninth on the grid with Angus Fender and Josh Smith in the second Tolman completing the top ten.

Elsewhere, it wasn’t all plain sailing for the three Ford Mustang entries, as Sam Smelt and Aron Taylor-Smith hit strife in the Race Performance #23 to start from the back of the field on Bank Holiday Monday.