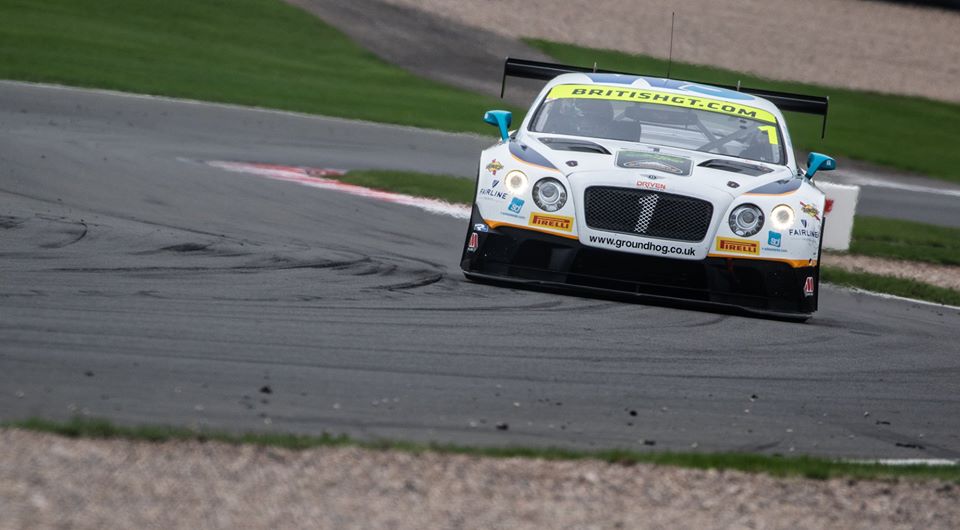 Former British GT champion Rick Parfitt Jr wants to “take stock” as he takes a break from racing for 2019.

After seeing Jonny Adam and Flick Haigh crowned champions British GT champions at Donington Park to depose himself and Seb Morris, Parfitt says that he needs a break after a flat out recent schedule, including his Rick Parfitt Junior Band (RPJ Band).

“I’ll  come and hang out, you won’t be able to keep me away but it’ll be nice to be without any of the pressure. It has been an amazing run and an amazing three years with Team Parker.

“We’ve done well and I really feel like I’ve made a mark here. I’m saying that it’s a sabbatical but you’ll struggle to keep me away. I need a year off as the band is so, so busy at the moment and we’re playing all over the world and I’ve got to put more time into that.

“It’s time to take stock, because I have been pushing hard for seven years non-stop so it would be nice to just sit back and say, ‘you know what, I’ve done alright’.”

Parfitt’s health is also a factor in his decision to pause racing next year. The 43-year-old suffers with Crohn’s disease, an often debilitating inflammatory bowel disease.

“I’ve also got to think about my health with Crohn’s Disease, which I try and tell everyone about. That has been quite bad and has recently been getting progressively worse. I’ve been putting off a big operation on my gut. Unfortunately I’m going to have to embrace that now and it’s going to keep me out for several months anyway.”

Parfitt says that motor racing has allowed him to have his own identity, and he will be able to look back on plenty of achievements during his time in the British GT Championship.

“I’ve done loads of things, won BRDC trophies, the Sunoco Challenge, Blancpain Driver of the Year, Two-time Bentley Am driver of the year. It’s a bit clangy isn’t it? I just need a bit of time off.”

And if this is to be his final appearance in the British GT series, then he’ll certainly look back on his last stint with fondness having climbed up the order in the opening hour of the race.

“I still think there was way too much contact in that race and I can’t understand why more people weren’t getting penalties. Everyone was just hitting each other like bumper cars. I’ve never been a particularly brutish driver, I’ve always tried to work a clever angle but I was being pummelled from left, right and centre and something needs to be done because it’s  ridiculous.

“But I’m not going to focus on things like that because it was a good stint, eh? I was last at the start and I came into the pits on second! You can’t ask for much better than that and I was only a few seconds off the lead. As far as I’m concerned, that is job done.”

One Reply to “British GT: Rick Parfitt – You’ll struggle to keep me away”