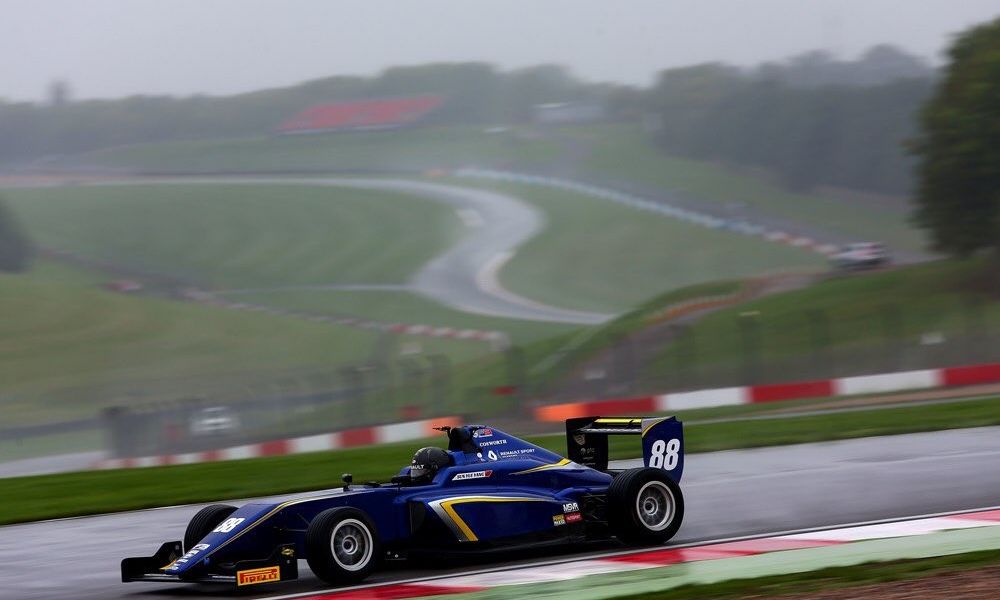 Sun Yue Yang was the eventual winner of a race two that saw a red flag and championship leader Linus Lundqvist involved in a race-ending accident at the subsequent restart.

Yang was the beneficiary from a full reverse grid to start from pole position but in the initial staging of the race he lost his lead as the electric Tom Gamble leapt from sixth into the lead.

The Chinese driver was handed a reprieve when Manuel Maldonado brought the red flag out for an incident at McLean’s on lap one, resulting in a full race restart.

A ten-minute delay ensued, and Yang made no mistake with his second start to lead away despite another Gamble rocket.

The same cannot be said for Arvin Esmaeili. The Swede’s Douglas car was spun across the circuit and fired onto the racing line for the first corner, and the ensuing chaos claimed four victims.

Alongside Esmaeili Jusuf Owega was hit, while Kush Maini’s rear suspension was damaged and Linus Lundqvist continued his bad weekend when he was collected in the same accident.

If Lundqvist outscored Nicolai Kjaergaard by five points he would have won the British F3 title with a weekend to spare, instead after a disappointing Saturday he has lost 32 points this weekend to his nearest rival, meaning he now cannot confirm the title until Silverstone in three weeks’ time.

That brought the Safety Car out for five laps and by the time it peeled into the pits there were only five minutes of racing left.

Gamble had enough time to depose Double R’s Pavan Ravishankar from second on the penultimate lap but couldn’t make an impact on Yang.

Yesterday’s polesitter Billy Monger will start from pole position after taking the fastest  lap over the first two races. Nicolai Kjaergaard was 12th after being held up by the second-first lap antics, although he will start third due to his quickest lap.