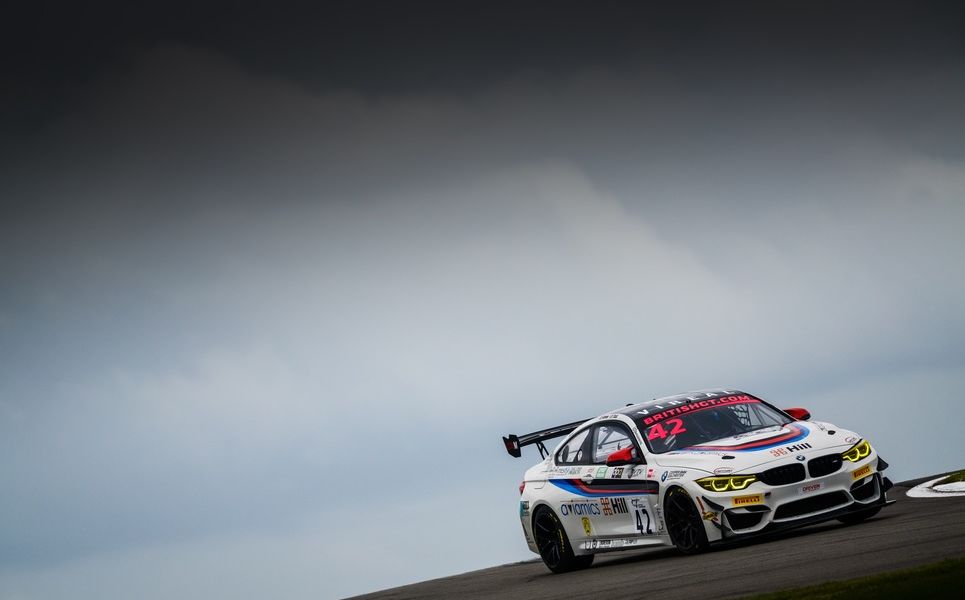 A session-long battle with the Equipe Verschuur McLaren of Finlay Hutchison and Daniel McKay ended with the #42 crew applying maximum championship pressure on teammate and leader Jack Mitchell and co-driver Dean MacDonald, who were only seventh.

Ben Barnicoat and Adam Balon were third in the #72 Balfe McLaren 570s, Barnicoat setting the second-fastest GT4 time in the final session.

Will Moore and Matt Nicoll-Jones are fourth and have an outside chance of the title should they convert that into a win and their rivals fall by the wayside. The Academy Motorsport duo are fifth, 31 points behind Mitchell.

One of those rivals are Michael O’Brien and Charlie Fagg in the #4 Tolman Motorsport McLaren. They line up sixth for the race tomorrow and have a similarly outside chance, 28 points back in fourth place in the standings.

The team third in the standings are the #55 duo of Callum Pointon and Patrik Matthiesen in the HHC Motorsport Ginetta. They are 13.5 points behind Mitchell, but have work to do to overhaul him.