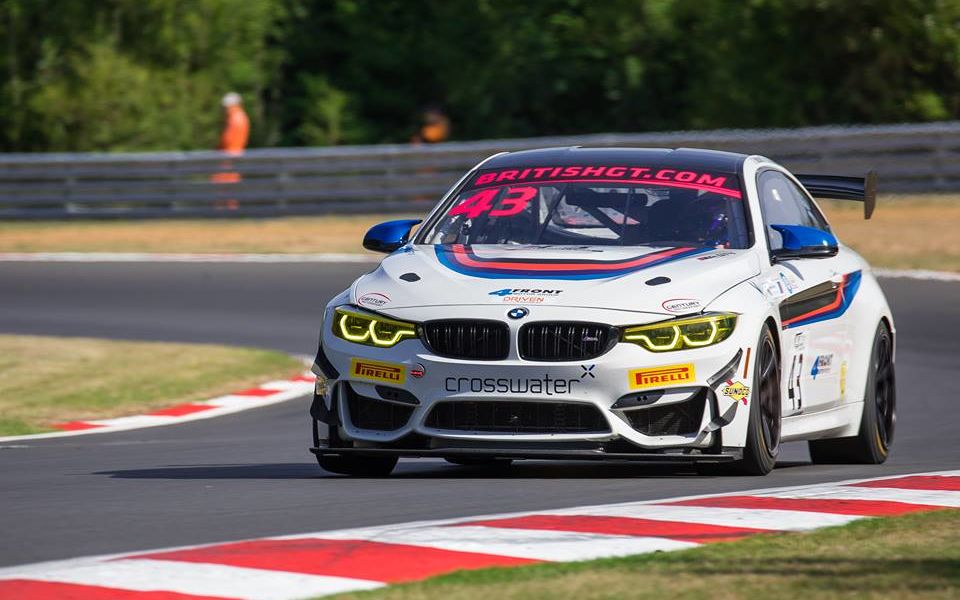 Jack Mitchell leads a band of five crews battling it out for the British GT4 championship going into the final round of the season at Donington Park.

Mitchell is one of two Century Motorsport BMW crews to be fighting for GT4 honours with Ben Green and Ben Tuck in the other M4 10 points behind in second, although they will serve a 15s success penalty in the pitlane.

The HHC Motorsport Ginetta crew of Callum Pointon and Patrik Matthiesen is just 13.5 points back from Mitchell and are the only crew to score in every round this season, although realistically they need to finish in the top two as Mitchell does not have a pitlane handicap.

Michael O’Brien and Charlie Fagg in the #4 Tolman McLaren are fourth and have an outside chance of stealing the title.

The duo – winless despite a consistent season – are 23 points behind the lead BMW, while Matt Nicoll-Jones and Will Moore need to win and hope a lot of things turn their way. The Academy Aston Martin crew are 31 points away from Mitchell.

The Pro/Am class battle features just two crews but is every bit as close as the overall GT4 standings.

The Team Parker Racing Mercedes pairing of Nick Jones and Scott Malvern are just three points clear of the UltraTek Nissan duo of Kelvin Fletcher and Martin Plowman, the latter two hampered by a 10s pitstop penalty after third place at Brands Hatch seven weeks ago.

Across the rest of the GT4 grid there are changes to the line-up as Oulton Park race winners Adam Balon and Ben Barnicoat are back in a Balfe Motorsport McLaren.

BTCC’s Ciceley Motorsport make their British GT debut with David Fairbrother and Adam Morgan running another Mercedes following Touring Car success in the A class, and the second UltraTek Racing Nissan is also back.