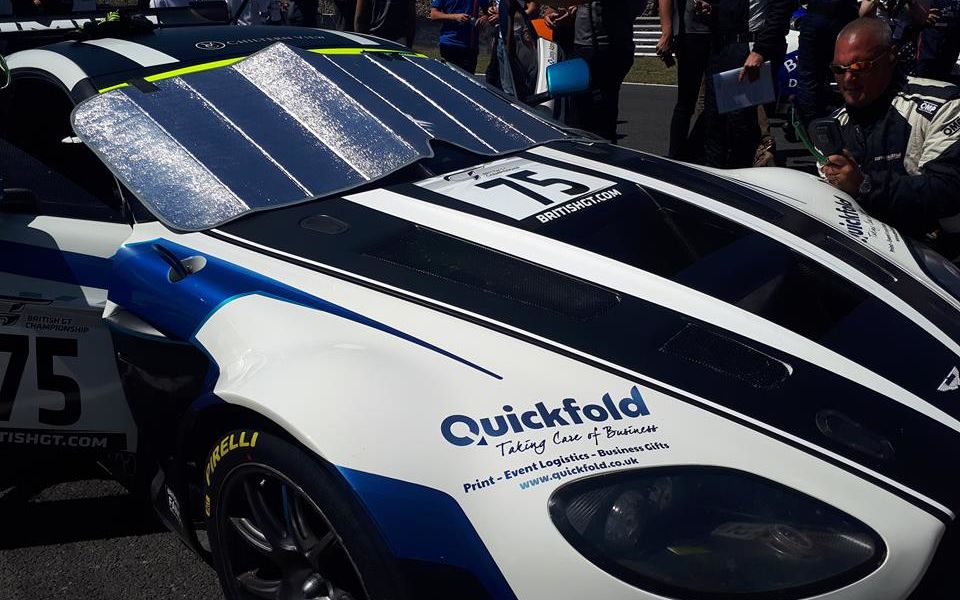 Optimum Motorsport duo Jonny Adam and Flick Haigh head into the two-hour Donington Decider weekend with one hand on the British GT3 trophy.

The Aston Martin duo lead the standings by 27.5 points and are in a commanding position. Adam just happens to have won two titles in the East Midlands before, while he won there last year.

It is far from cut and dried despite the big gap between Optimum and their challengers.

Haigh and Adam’s 20s pitstop success penalty gives second-placed Barwell Motorsport’s Jon Minshaw and Phil Keen a chance after retirement at Brands Hatch, but they must win the race.

Mark Farmer and Nicki Thiim are a point further back and have a 10s penalty of their own. Should they win and Optimum finish lower than seventh, the TF Sport Aston Martin crew would win on countback with three wins to Optimum’s two.

TF Sport are in a good position to win the teams championship with a 31-point lead over Barwell Motorsport’s Lamborghini entries.

As with Farmer and Thiim for TF Sport, Barwell also have to contend with handicaps.

As a result of their second place at Brands Hatch, Sam De Haan and Jonny Cocker will wait an extra ten seconds in the pit lane.

Keen and Minshaw will not and will need no extra motivation with individual honours on the line, while Derek Johnston and Marco Sorensen are also without obstacle in Johnston’s last ever GT race following his retirement announcement.

The event marks the final time that the British GT series will see the Aston Martin V12 Vantage as a factory GT3 entry after seven seasons, before being replaced by a V8 Vantage based around the World Endurance Championship GTE entry for next year. There is still a possibility of the V12 Vantage being used by privateers next year.