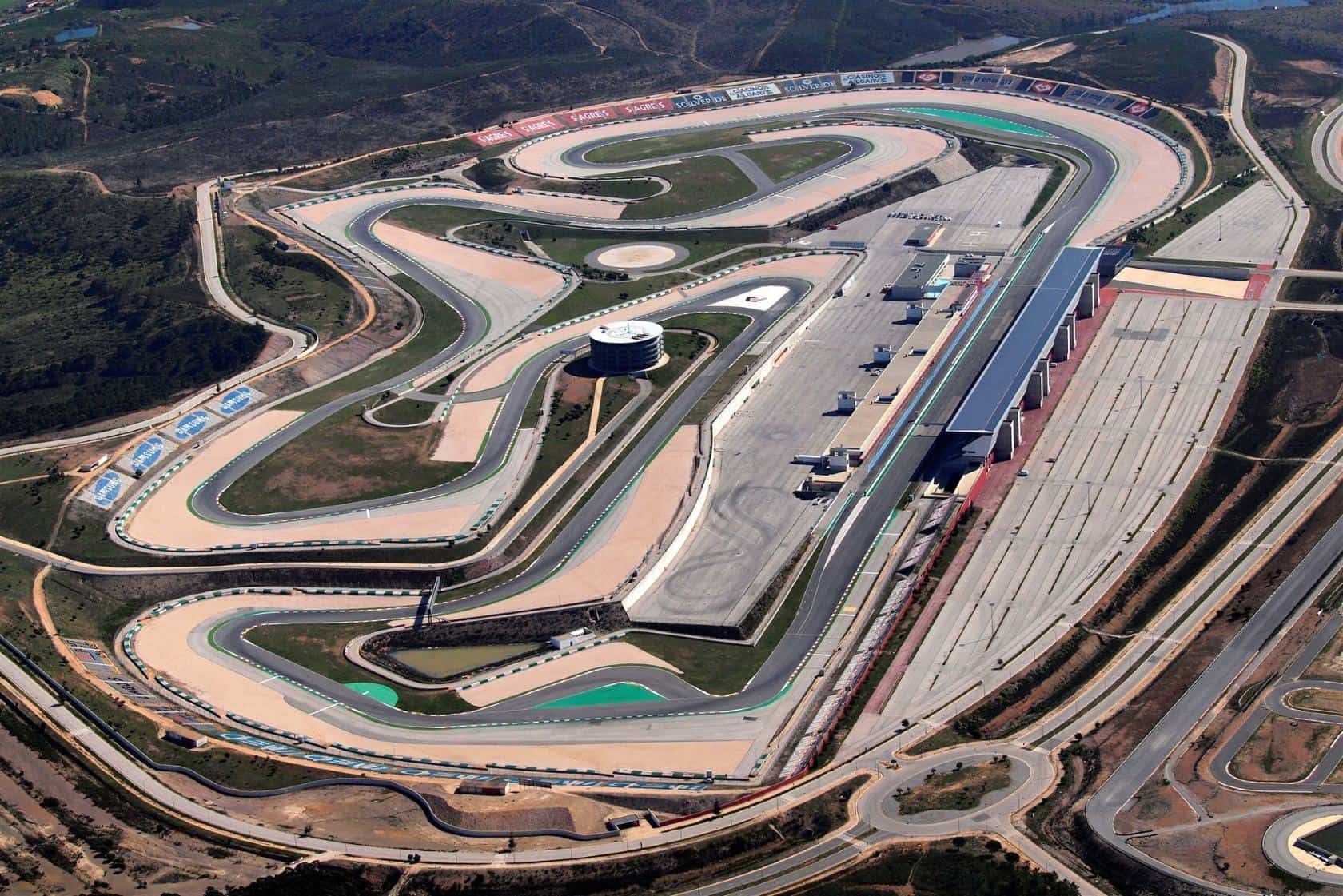 After a ten-week summer hiatus, the 2018 FIM Superbike World Championship finally resumes this weekend in Portugal, at the spectacular Autodromo Internacional do Algarve.

It will be the twelfth time that the series has visited Portugal. the first two editions were run at the Estoril circuit in 1988 and 1993 respectively. Following a 15 year hiatus, the world championship returned to Portugal in 2008, but the event has been exclusively held at the modern 2.9 mile (4.7km) Algarve circuit.

The circuit was designed and commissioned with the intention of bringing Formula One and MotoGP to the region. F1 teams tested here in the winters prior to the 2009 and 2010 seasons – and plans were in place for an F1 race in 2012 – but financial difficulties scuppered this. Similarly, the circuit was set to take over the running of the MotoGP Portuguese Grand Prix from 2013, but plans were abandoned for the same reasons.

To date, World Superbikes has been the only FIM Grade 1 listed event to be held at the circuit.

This weekend sees a slight revision to Sunday’s race schedule, with the second Superbike race moved from its usual 12pm slot to 3.15pm. This makes the headline event the last race of the weekend and it is hoped – by series organiser Dorna – to increase the race day attendance.

Jonathan Rea (Kawasaki Racing Team) arrives at the Portimao circuit with a commanding lead in the standings, he sits 92 points clear of his nearest challenger, Chaz Davies (Aruba.it Ducati). It can be argued that the reigning world champion regards this place as a ‘home-from-home’, having secured victory in all of the last four races that have been staged here. Rea comes into this weekend seeking to equal his 5-race winning streak (achieved last season winning the double in Australia and Thailand, and winning the opening race at Aragon). With such a large lead in the championship, and with such a strong record in Portimao, it is hard to imagine Rea not at least equaling this feat.

Davies will be out to do all he can to prevent his rival’s championship charge. The Welshman is realistically the only other rider who harbours any title-winning hopes for this season. Both he and the Aruba.it Ducati team will be under no illusions about the scale of the task at hand – made even harder with Davies’ collarbone injury sustained in a training accident last month. The Italian outfit has known success around the Portimao circuit, having taken victory four times between 2008 and 2011. Caution must be thrown to the wind as, realistically, Davies needs to win every race between now and the season’s end.

As this season has proved though, the battle for the front is no longer an exclusive Kawasaki-Ducati affair. The Pata Yamaha team have well and truly closed the gap, and have been an almost guaranteed presence on the rostrums throughout the season. With the circuit abundant in high and medium speed corners – which greatly favours the Yamaha R1 – both Alex Lowes and Michael van der Mark will be expecting a strong weekend. Following the official summer test here, Lowes spoke confidently about the team’s progress, stating that “the target is for us (Yamaha) to win another race this season”. Van der Mark concurred with this, announcing to the media that he “will go all out to beat him (Chaz Davies) to second place in the championship”.

The Algarve-Portimao circuit has also been a happy hunting ground over the years for the factory supported Milwaukee-Aprilia team, in particular for their rider Eugene Laverty. As with Ducati, the Noale-based factory outfit have taken four wins at the Portuguese round, with the Irishman claiming their most recent victory back in 2013. In total, the team have an additional ten podium trophies (though none since 2015). With both riders, Laverty and Lorenzo Savadori fighting fit, expectations are high within the team for a good weekend.

Finally, the Red Bull Honda team will be hoping for continued improvements this weekend. The first half of the 2018 season was one trial after another, an inexperienced rookie (Jake Gagne) can only be expected to do so much, whilst main man Leon Camier has had his campaign dogged by injury. The most significant of these troubles included a fracture of his C5 vertebrae whilst testing for the Suzuka 8 hours. However, with Camier now declared fully fit, this weekend will hopefully see the team resume their development program, in preparation for a championship challenge in 2019.