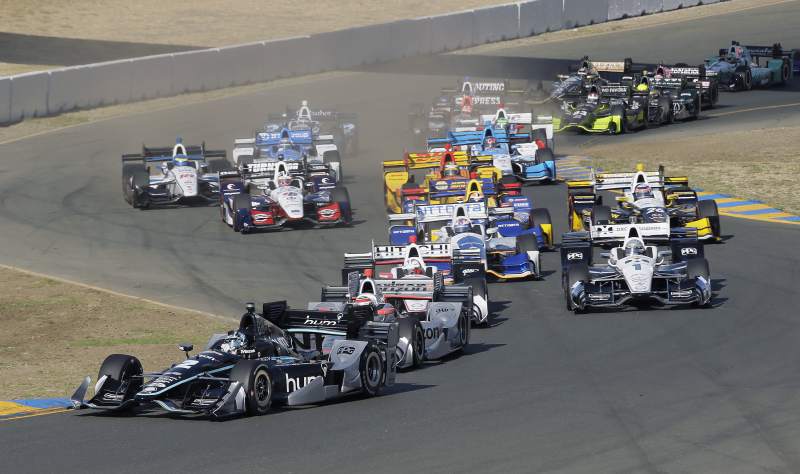 After months of speculation, IndyCar have finally confirmed their 2019 calendar. This new calendar sees one new entry, one returning event and two races that are sadly leaving, as well as a few switch arounds.

St Petersburg starts the season as it has done for many years, but you don’t have to go very far into the season to find the first change. Phoenix is no more and has instead been replaced by the Circuit of the Americas, an addition that has been expected for some time. The omission of Phoenix means that the first oval race of the season will be the Indy 500 which is certainly a change from years past.

Long Beach and Barber have been switched around for the third and fourth races compared to last year. After that, the run from the Indianapolis GP right through to Road America remains unchanged order-wise. The ever-anticipated Indy 500 is in its customary slot of the last weekend of May with the Detroit double-header and Texas Motor Speedway falling on the next two weekends to form the seasons first triple header of race weekends.

Road America follows Texas as it did in 2018 and then the next change in the calendar is after that. This change is, however, a fairly minor one with Toronto and Iowa switching places – meaning the ovals are more spread out.

Mid-Ohio, Pocono, Gateway and Portland all remain in the same order for the most oval-heavy stretch of the season. There’s a bigger gap between the penultimate round at Portland and the final round for 2019, standing at three weeks as opposed to two in 2018.

That final round is also the final change of the season. For only the second time since IndyCar became the series it is today, there will be no Sonoma race. The Californian track joined the IndyCar calendar a year into its being in 2008, holding the season finales from 2015 to 2018. It’s a sad loss for IndyCar, but two California races probably going to work.

Replacing Sonoma is perhaps the most exciting change to the calendar; after fourteen years away, Laguna Seca is finally back, and it’ll be the season finale. It won’t be long until the IndyCar’s will be descending the famous corkscrew once more, and the drivers can hardly wait for it!

One thing that you do notice about the new calendar is the slow but constant demise of the oval races. There’s only one less on the 2019 calendar than there was on the 2018 but it seems more noticeable now – of the 17 rounds, only 5 are at ovals. This is comes as part of the slow move away from ovals and their dangers, many of which were highlighted by Robert Wickens’ horrendous crash at Pocono. It’s a change that the entire IndyCar community are just going to have to get used to.

These are exciting times for IndyCar with everything pointing to a certain Fernando Alonso joining the series for the 2019 season and with more drivers than ever able to fight for a more unpredictable title… bring on 2019!