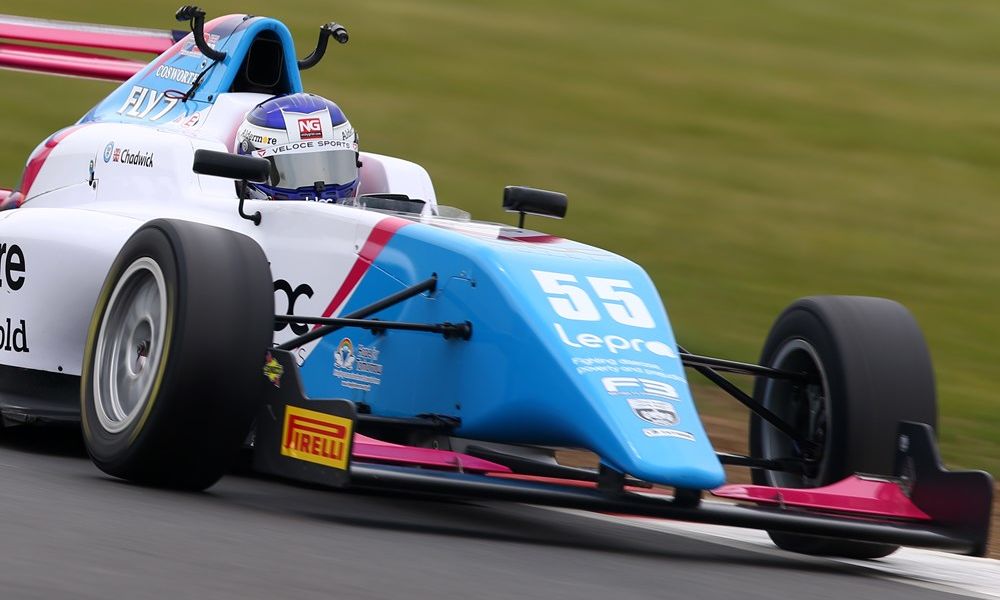 Jamie Chadwick took a historic victory in Race Two to become the first ever woman to win a BRDC British F3 race, after Pavan Ravishankar was penalised for a jump start.

Krish Mahadik was second ahead of Kush Maini and Sassakorn Chaimongkol, while Ravishankar dropped back to tenth after a 10s penalty.

Chadwick got most of her work done on the opening lap – moving up to second on the road at the expense of Ben Hurst and Arvin Esmaeili.

A Safety Car bought out to recover Ben Hurst’s car after he spun off at Clark Curve lasted for five minutes, and Mahadik was stuck behind Esmaeili for two laps allowing Chadwick to build a gap.

Once Mahadik did eventually clear the Swede, the gap was 2.5 seconds with three laps left of a shortened race.

The Indian, who won at Brands Hatch last year, bridged the gap and finished just four tenths behind Chadwick at the flag but had to be content with leading compatriot Maini home in third.

Race One winner Jamie Caroline retired after deciding not to risk the car ahead of Race Three, while championship leader Linus Lundqvist was 11th and Nicolai Kjaergaard ninth after difficult races for the lead pair in the standings.

After the race, Chadwick was pleased with her groundbreaking victory.

“Obviously I am delighted with that win, I didn’t know that (I was the first woman to win a BRDC British F3 race) and it is a big weight off my shoulders.

“Ultimately I’m so happy even if it was the reverse grid race win.”

While Ravishankar crossed the line first on the road before his penalty, Chadwick was quite sure of his fate from early in the race.

“I I felt like I knew he’d get a penalty, I saw him moving at the start. I was still pushing to try and put a move on him in the first half of the race to try and get a better lap for the last race too.

“As soon as I saw that the penalty was confirmed, I just sat behind him and stayed sensible.”