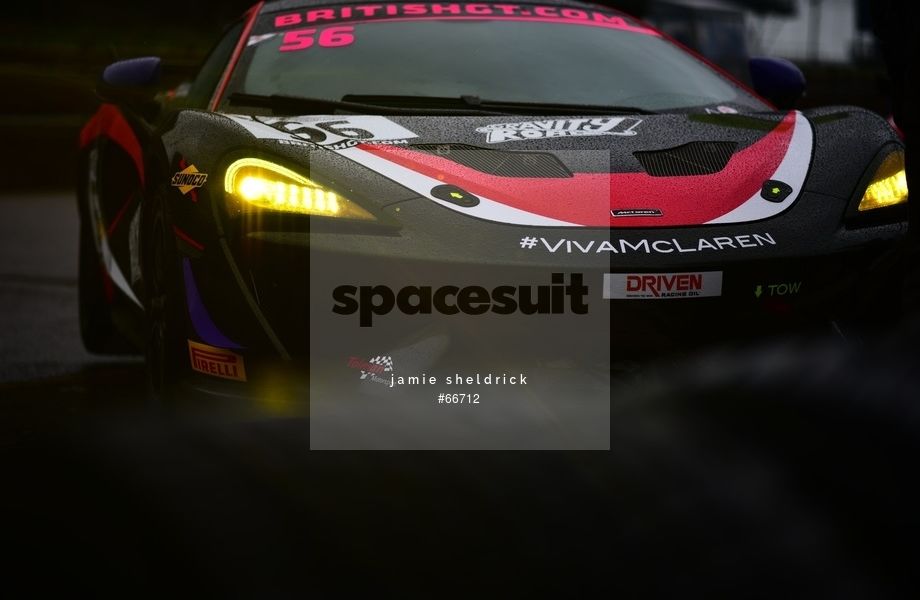 Joe Osborne took the chequered flag in Race One for the #56 Tolman Motorsport McLaren to take their first win of the season, while in Race Two the #42 BMW Century Motorsport piloted by Ben Tuck and Ben Green rescued a late victory after being spun early in the race.

Victory in the #56 McLaren also driven by David Pattison exceeded expectations for Osborne.

“I’m absolutely delighted, especially when you don’t expect it at the start of the race. I always have an expectation, position that we’d be happy with and pre-race I’d have been super-happy with a top five.

“With the Safety Car and David’s start, I changed those expectations to third, a podium was on the cards and the pitstop worked out so cleanly for us. I had to bring it home, manage it, do all the boring bits and not mess up.”

After that good fortune from a Safety Car lasting almost eight minutes right up until the opening of the pit window, Osborne is hopeful that the #56’s luck is changing.

“The Safety Car brought us into contention. You get your luck, last year we lost out in the Safety Car with a huge lead, things have maybe righted themselves.

“I’d like it to be sign of things turning, bad luck is pretty boring and tends to follow you for a long time, and good luck comes and seems to disappear earlier. It definitely sets us up for a good second half of the season although it’s only the third weekend.”

After victory at Snetterton, Osborne is now expecting more of a challenge from an entry that has not started with momentum in 2018.

“It’s difficult. Success penalties with a podium stops you getting on a mega-roll for the next race, you’re shot in the kneecaps but I still haven’t changed my expectations from the start of the season to try and win the Pro/Am class and be in the mix for the top three overall. This definitely helps my predictions more than the first two weekends. Hopefully we carry this on.”

In GT4 it was a last-minute move that won the day for Century Motorsport for Ben Tuck, after teammate Green hit strife when tagged into a spin shortly before the pitstops.

“I thought that was it,” he began.

“We had three instances of contact in the first stint, worked hard to get up to the front and I kept pushing even as the car didn’t feel good after the contact, Ben did a great second half of the race.

“I am absolutely delighted, so so happy. You get spun off, in the grass, facing the wrong way and think it’s all over.  You just have to keep pushing no matter what happens.”

Both men praised the two-hour sprint format in use for the final time this season in Norfolk.

Green believes that the extra race means more chances for a big result.

“The two-race format means more opportunities to do well, you can have a poor one in the first one but still dominate in the second like we did. But, a two-hour race is much harder because there’s less flexibility.”

Tuck confessed to having more motivation for the shorter races this weekend.

“The shorter races make you want it more because you have less time to get the job done. With the longer races it’s about managing tyres and looking after the car a lot more, it’s a good mix and good to have both in the championship.

BMW’s second driver was delighted with the manner of his late victory, as he took his maiden British GT win.

“The second group out was the Ams so I could pick them off a little easier, and up against the other silver cars the McLaren was struggling on the tyres at the end.

“That is one of my favourite ever moves to be honest, seeing as it got us a win in the British GT for the very first time. It’s definitely one for the memories.”

And Tuck believes there’s more to come, with the BMW outfit having improved as the season has gone on.

“Winning it late is a different buzz, definitely. It’s a great feeling anyway because this season BMW and Century have done a great job, we’ve been learning and developing a lot more and getting better and better. It’s all come out on top here this weekend, doing it right at the end does create a different buzz because you know you have to do it. It’s almost do or die.”