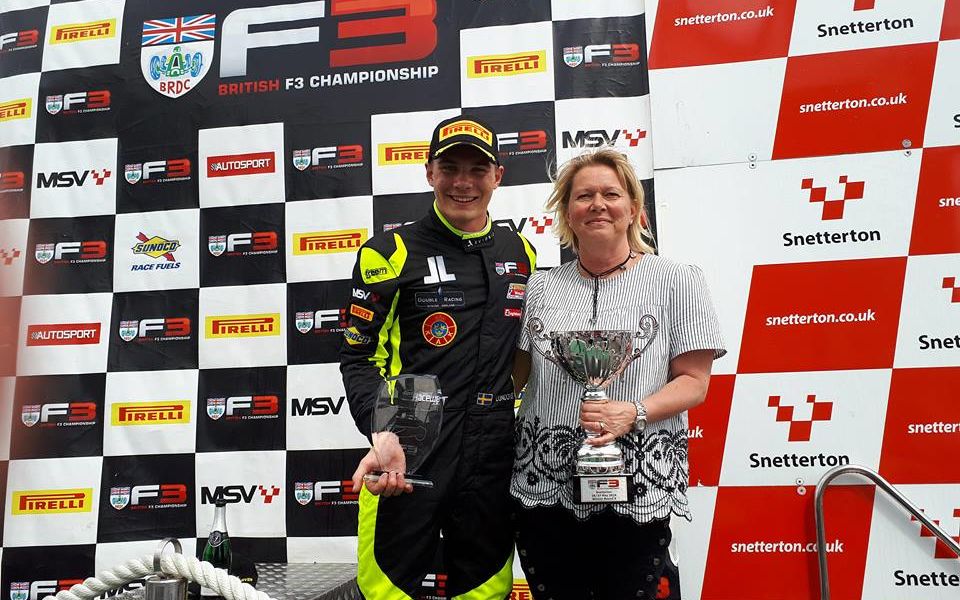 In the full reverse grid Race Two, Lundqvist picked his way from 15th to fourth while Kjaergaard came to grief with Tom Gamble and third in the standings Kush Maini also faltered.

Lundqvist was quick to acknowledge his good fortune in the morning.

“I don’t like to be happy about other people’s misfortune but with the position in the championship, I won’t say that I was disappointed to see Nicolai off the track.

“All in all I’m very happy with how my race turned out, my performance that we had a great car balance. We’ve had a strong car all weekend and we improved from yesterday’s race, the car and me as I’ve made less mistakes today. A big thanks to RR Racing for that.”

The championship leader was keen to take advantage of opportunities presented to him by slower drivers starting higher up the grid, despite the difficulty in overtaking at Snetterton.

“Going into this race we knew that there would be overtaking opportunities early on but we actually made up some places later on in the race, had some good battles, so I’m very happy and quite surprised at how close we could battle. That’s what this full reverse grid offers in that sense”

Lundqvist went on to win from pole in Race Three, and dedicated the victory to his mother on Mother’s Day in his homeland, and places importance on the support his family offer.

“I hope my mother is happy and proud of this result, I have planned something else for Swedish Mothers’ Day! I’m sure she’s happy. My family have been here with me every weekend since I started over here, it means a lot to me to have them here.”

The mantra from Lundqvist throughout the weekend has been about staying consistent, and after three straight podiums at Rockingham followed by a second, fourth and a win he felt it important to build on the strong results achieved four weeks ago.

“I’ll take these results any day, we’ve built on the weekend we had a Rockingham where we had all of those podiums. Here, we almost got the same results and it’s been a very good weekend results wise and championship wise. It feels really good leaving the weekend with these results, I just played my part in a team effort all weekend.”

With Kjaergaard and Maini praising the intelligence shown by the championship leader, he agrees that it is the big weapon in his arsenal.

“It is definitely an advantage I would say. We’ve been happy to take those fourth, fifth positions and score good points.”