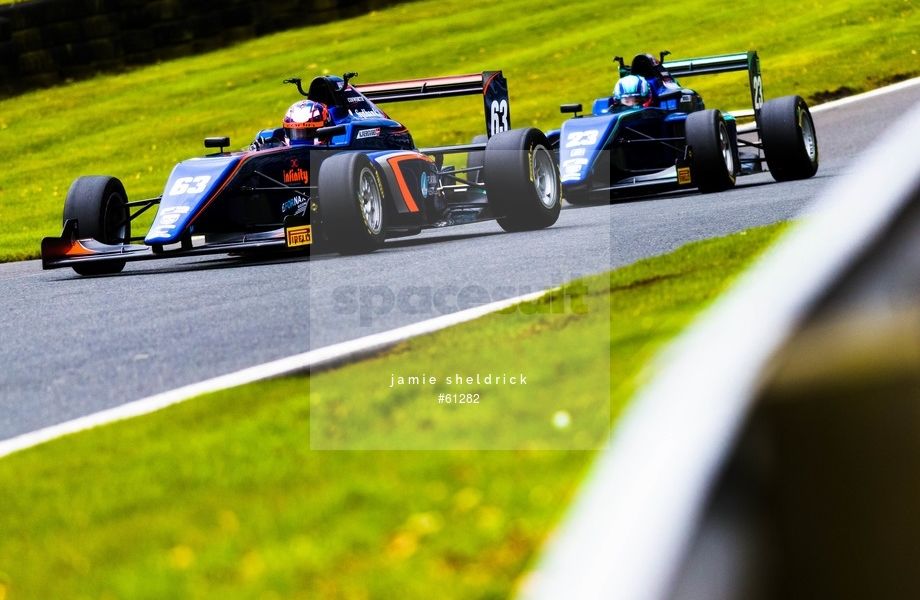 Nicolai Kjaergaard is hopeful that luck will soon start smiling down on him after a costly retirement in Race Two on Sunday.

The Carlin Motorsport driver had ascended to the top of the standings on Saturday with victory in the opening race of the weekend, but contact with Tom Gamble saw him retire having climbed ten places early on.

“I had gained a lot of positions in the first two laps and my speed was good.

“I thought I was on for a podium so that was really good, but then I came up to Gamble. We were close to touching at Turn One, and he misjudged it at Turn Three where I was on his outside, put us on the grass and we hit the wall. He probably thought he left more room.

“Hopefully that is my last DNF of the season.”

Kjaergaard was second in the final race of the day behind championship leader Linus Lundqvist, and admits that the Swede’s consistency is cause for concern.

“He just doesn’t not finish. He’s always there, and not making mistakes. I was really pushing, but Linus was just too fast. He’s getting further and further away in the championship so I really need to finish ahead of him now in all races.”

Kjaergaard was realistic about his chances in Race Two, with Snetterton proving hard to pass at this weekend.

“Second is a lot better than Race Two, it’s difficult to expect much around here because it is not an easy track to overtake on. The pole man has won here in all three races which tells the story. I was hoping for the win but we knew it was going to be hard.”

And the Dane is looking forward to Silverstone in two weeks’ time, where he sees an opportunity to start making up ground to Lundqvist.

“Usually at Silverstone Carlin have a really good car so I’m expecting to be at the front as we have been for these first three weekends. We need to get some wins.”