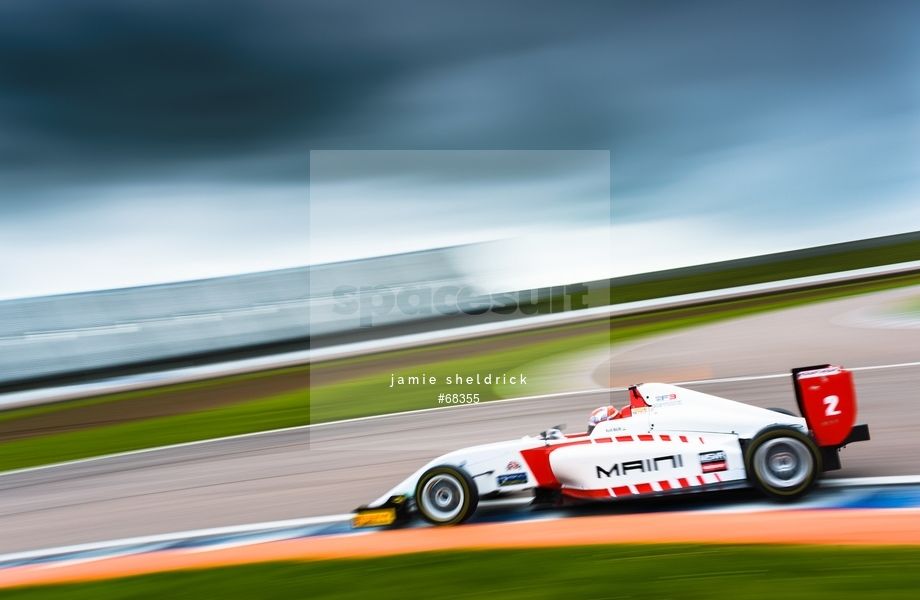 Maini finished Race Two 14th after a third in Race One on Saturday, his race scuppered by a puncture sustained while trying to move through the field.

The 17-year-old Indian made no excuses.

“It’s a setback, the puncture was a bit of my own fault. That’s racing, Nicolai had similar luck. All I can do is look forward. It’s disappointing but it is all about how you react.

“You win championships on how you react on your bad weekends, not your good weekends. At Oulton I could easily have lost my head and not finished races there but I got a podium, a fifth and made the best of the situation. The race was my error in race two, but it’s all a case of what ifs now.”

Maini was still able to take third in the final race of the day, having threatened the Scandinavian lead duo of Lundqvist and Kjaergaard early on.

Having already suffered in Race Two, he was keen to stay in the race avoid risks at a circuit that proved difficult to pass on.

“I was driving with my head, honestly. It played a little on my mind, there was a time where I could get second off Nicolai where he’d gone off trying to pass Linus. I could have risked it but if I’d risked it there it could have been all over. We’re still in the game.

“I wanted more than third as we had got the best lap in Race Two but this track is so difficult to follow at. I was getting closer in the slower corners but in the fast ones I was losing it all again, because you lose downforce.”

Lanan were strong at Silverstone last year, and Maini is hoping to repeat that form when the British F3 series visits the home of British Motorsport again in two weeks time.

“We went really well at Silverstone last year, two firsts and a second and we did well at the test. You can expect a fight between us three again, I’m excited and I can’t wait for it.

“I love getting in the car and driving my heart out, I always have fun. Let’s see what happens at Silverstone.”