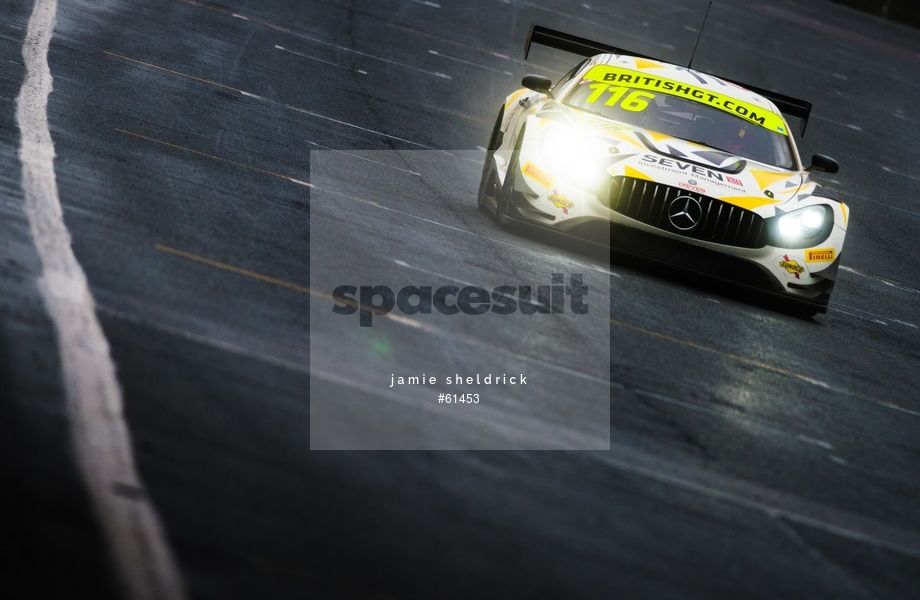 ERC Sport’s Lee Mowle admitted that he was surprised to see teammate Yelmer Buurman cross the line first after a topsy-turvy two-hour race at Rockingham.

The weekend started badly when Mowle tagged the wall at the final corner during GT3 Am qualifying on Saturday, to leave the #116 Mercedes starting at the back of the class.

However, a sensible drive from Mowle during the first hour of the race on Sunday meant Buurman was fourth when he took over in the pit stops, before he completed the turnaround as others toiled.

Speaking to the official British GT website, Mowle could not hide his shock at the #116’s unlikely win.

“I genuinely have no idea how we won that race. I picked up a few places when the McLaren and Optimum Aston went off, plus I think I passed Ian Loggie’s Bentley, but then I also gave a few away with a moment at Tarzan.”

Mowle was quick to praise his Dutch counterpart, who was bold early on through the stint before penalties dropped those around him.

“Yelmer put a fab move on Phil [Keen], as well as a brilliant one around the outside of Darren [Turner], so there were two there plus some more from drive-through penalties!”

The win was made sweeter given Mowle’s own previous struggles in Northamptonshire and a challenging weeked at the opening rounds of the season at Outlon Park.

“I’ve never gone particularly well around here, and Oulton wasn’t the best circuit for the Mercedes, so to come away with two podiums in three races and the championship lead is remarkable, really!”