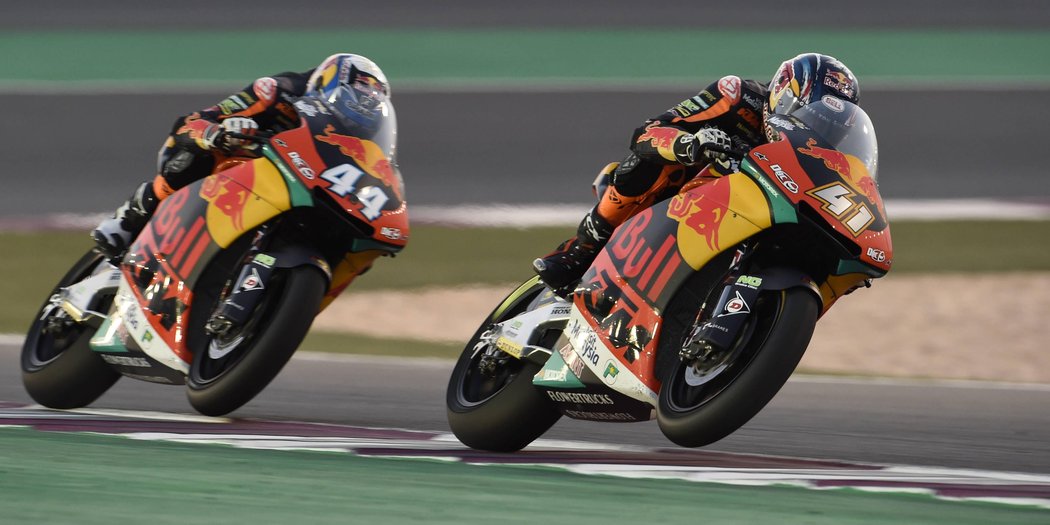 The 2018 Moto2 World Championship heads to Argentina and the Termas de Rio Hondo circuit for round two of the season, after what was a bit of a chess dual between Sky Racing Team VR46’s Francesco ‘Pecco’ Bagnaia and Pons HP40’s Lorenzo Baldassarri three weeks ago for the season opener.

It was an interesting dynamic in the battle for the win in Qatar, not just because both riders were Italian, or even that they both ride for the same academy, but because they used to share a flat together (and they may still do). It would have been an interesting Monday dinner if Baldassarri overcooked his last minute move at the penultimate corner, but as it was the race stayed clean and it was Bagnaia who came out on top.

Perhaps that was not a surprise. Everyone’s preseason favourite was Bagnaia, and all of the other agreed championship contenders picked Bagnaia as the main threat. But it was certainly somewhat of a surprise to see Balda as his main threat in the race. The pick of the bunch outside of Pecco was Miguel Oliveira (KTM Ajo Motorsport), mostly because of the form of both him and teammate Brad Binder in the last three races of last season, all of which were won by the Portuguese.

For Oliveira though, only fifth place was possible in Qatar. The start was not ideal and perhaps that was what cost him the race, but it was still surprising to see him fail to cut through the pack to arrive on the podium. This weekend the riders will be dealing with a new track surface in Argentina, and maybe it will be that which plays into the hands of the KTM Moto2 chassis, which is known for being generous to the rear tyre. Of course, it was at Termas last season that the Portuguese rider claimed KTM’s first podium in Moto2 in just their second intermediate class race, even then showing strong pace at the end of the race to being to close down the leading pair of Franco Morbidelli and Alex Marquez who crashed on the last lap. Miguel might be the favourite for this one.

If Oliveira is the favourite, then surely Brad Binder will not be too far away – if his qualifying doesn’t let him down. Throughout the 2017 season Binder was hampered compared to his teammate, not just by his broken arm, but by average-at-best qualifying performances which left him a way down the order in the initial part of the race. Sure, he would fight through, and after re-breaking his arm at Termas last year Binder fought through from 17th to 9th in the race, but the time loss at the beginning of the race meant that his podium pace could only get him a top eight at best. That changed in the last three races, where he made the podium on each occasion, but in Qatar the poor qualifying returned and it limited him to P6. If he can make the front two rows on Saturday then he can be in contention for the victory just as much as his teammate. A first Moto2 win for the South African?

Of course, after second place in Losail it would be foolish to discount Baldassarri from victory contention this weekend, and in conjunction with current form, Lorenzo made his best result of the season in 2017 at Termas de Rio Hondo with a fourth place. Another podium could ease the one-time Moto2 winner into the championship picture, and of course if there is a team with Kalex bikes who can make the rear tyre last, it is the Pons team.

The final rider on the podium in Qatar was the aforementioned Alex Marquez. It was not a straightforward race for the Spaniard, who began to suffer with a severely overheating rear brake towards the end of the race. He managed it well, though, and hung onto third from Mattia Pasini to get his season off to a good start, which could be crucial come the end of the season. Marquez had a very nearly fantastic race at Argentina last season, but high sided whilst fighting for the win on the final lap. For certain, Marquez will hope to repeat a lot of last season’s race this Sunday but for sure he will hope to change the final lap, and maybe that change will have him atop the podium.

As mentioned, it was Pasini who was chasing Marquez down at the end of the race in Losail but had to settle for fourth in the end. It was a positive start to the season for the Italian, who came into this year once again with the ItalTrans team as a slight dark horse for a title shot this season, and he will be aiming to continue that for this weekend.

As is the state of the Moto2 field this season, there are plenty of riders who could be in with a shout this weekend who have not been mentioned thus far, such as Sam Lowes, Xavi Vierge, Luca Marini, Joan Mir and a variety of others, but ultimately Bagnaia and Oliveira would be where the smart money goes. The fifth Moto2 Grand Prix in Argentina is looking about as unpredictable as you would expect, and the weather forecast only adds to that, with the weather being far from stable. Rain in the air and many potential winners are setting this up to be a pretty spectacular Argentinian Moto2 Grand Prix.