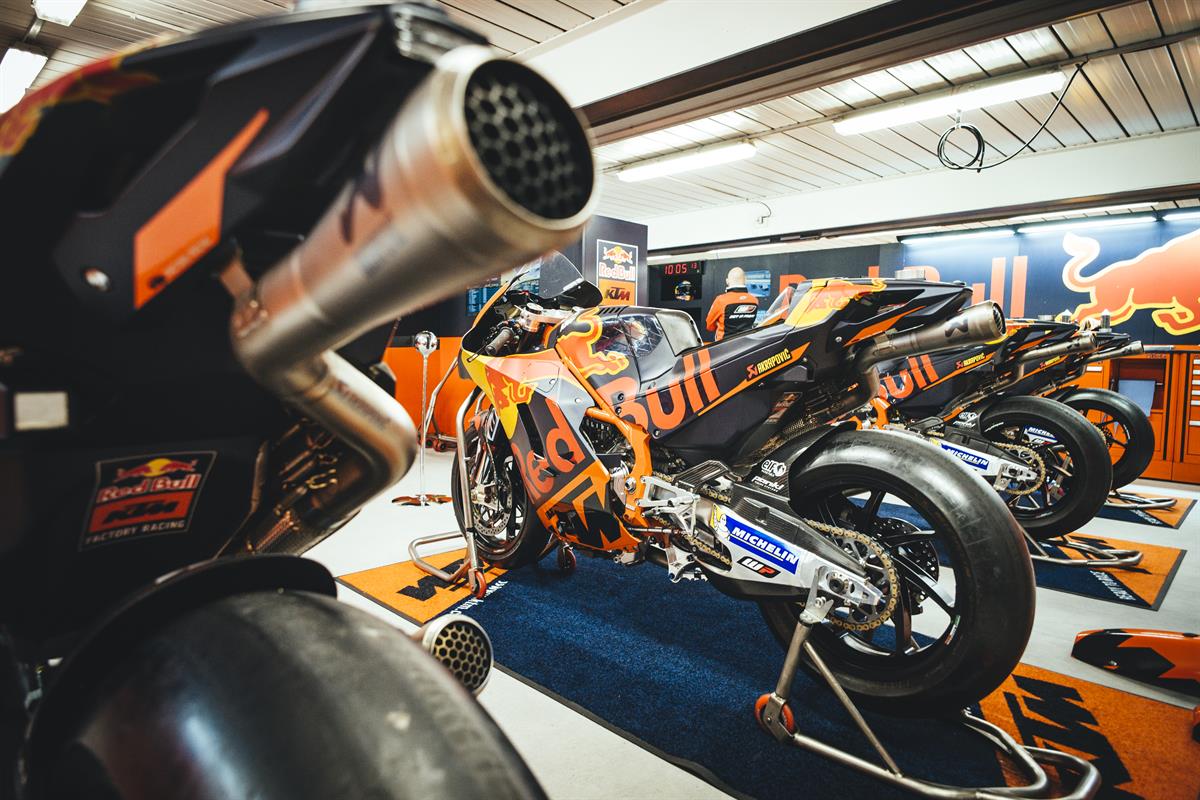 Today, Tech3 Racing owner, Herve Poncharal, confirmed that his independent team will enter a partnership with the KTM Factory Racing Team from next season.

Speaking to MotoGP.com’s ‘After the Flag‘ show, following the conclusion to the test in Qatar, Poncharal revealed the details about the new partnership:

HP: “We have a three-year deal, in 2019, 2020 and 2021. Each year, in ‘19 we’ll have ‘19 spec, there will be four bikes on the grid with the same spec – the factory team and the Tech 3 operation. It will be the same in ‘20 and same in ‘21, which is something you always look for and always want…We always tried to be the ‘official’ junior team [for Yamaha] but it was never really the case, but it will be the case where we are going. The manufacturer is involved in Moto2™ and Moto3™, there will be a clear path. Young riders from the first day in the championship will go through Moto3™ and Moto2™, then to MotoGP™ with the junior team – and then, if they’re good enough, they will eventually move to the factory team. This is being part of the family and you know what family means to me. Even though the bike could be under the performance of what we have now, there is room for improvement, development, sharing ideas of how to make the package better – and at least to be part of that project and have people listening to us, trying to grow all together.”

The new manufacturer in question is KTM. For an independent team such as Tech3, a working partnership with full support from a factory outfit is the holy grail in grand prix racing. Not least because it alleviates a considerable amount of financial pressure from the team. Without factory support, any development parts or ‘upgrades’ for the bikes have to be researched and funded by the independent team – at considerable cost. This has been the case throughout Tech3’s association with Yamaha, barring a brief period in late 2010 when the factory offered support to Ben Spies. Under the new deal with KTM, all research and development costs are left with the manufacturer. Additionally, Tech3 have entered this new partnership with the promise that at least one of their riders will be given a factory contract.

This deal also secures the immediate future of Johann Zarco. The Frenchman has been tipped by many to become MotoGP world champion sooner rather than later. Without factory support, it is almost impossible to achieve. Tech3 could not hope to hold onto him without this newly signed deal. As Poncharal stated when he first announced the split with Yamaha: “I have been presented with an offer too good to turn down.”

PB –  “We are very happy to join forces with Tech3 in MotoGP from 2019. The team has many years of experience and achieved a lot of great results in this championship. Their professional structure will make us even stronger. Having four KTM RC16 on the grid is also another big step for us, both for the development of our MotoGP bike and expanding KTM’s structure in the paddock. From the Red Bull Rookies Cup up to MotoGP there is a clear path to the top. We are looking forward to start a great cooperation and I’m thankful towards Hervé Poncharal for the future trust in KTM.”

The new deal will greatly benefit both parties. KTM might be the newest manufacturer on the grid – having made their full debut at Qatar in 2017 – but they have serious ambitions to become championship contenders in the near future. Acquiring a highly experienced satellite team such as Tech3 can only benefit the Austrian team, especially given that this deal means they will have four factory-spec machines competing from 2019 onwards. In terms of the development war, which can affect the championship almost as much as the riders, having four identical machines in operation provides KTM to close the gap to their rivals far quicker than before due to more data being continuously collected. Four bikes also greatly increases the chance of finishing higher in the manufacturers’ championship – which determines how much prize money each outfit receives.