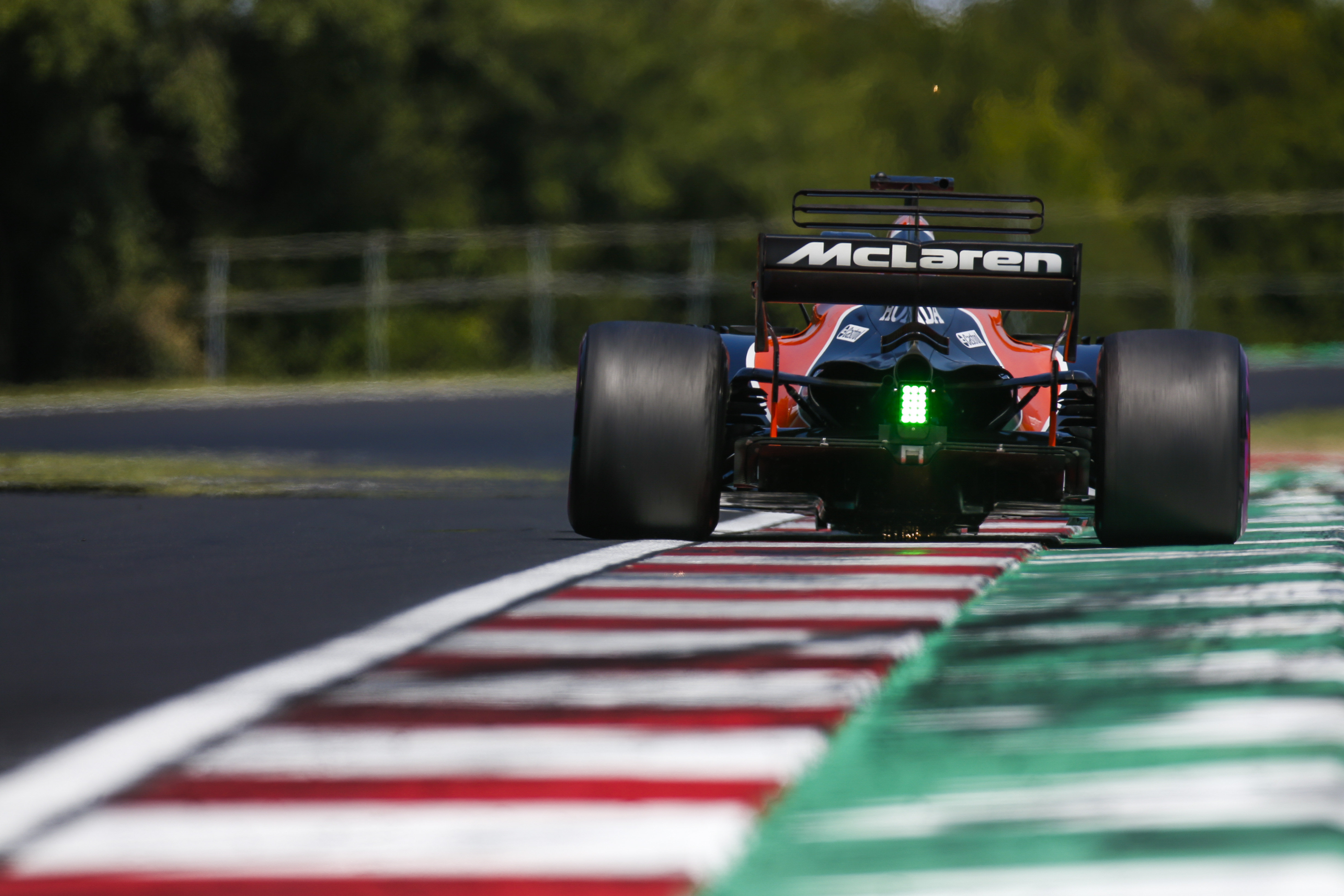 The last on track action before Formula 1 officially shuts down for summer was the two-day test at the Hungaroring, featuring a host of fresh faces and most excitingly, the return of Robert Kubica. Since all teams are required to place a young driver in the car for at least one of the days of testing, it gives members of the paddock and fans alike to get a good look at some hopeful stars of the future. For teams it is also the last chance before the end of the season to run tests on new setups and upgrades that they might want to use, with far more running time available to them than they get on a Friday during a race weekend.

So what were the main talking points from the two-day session in the Hungarian capital, or as it has been affectionately nicknamed; the Budatest?

The return of Kubica

The much anticipated return of Polish driver Robert Kubica has dominated the Formula 1 world since his first private test for Renault in June at the Ricardo Tormo circuit in Valencia. But his participation in the second day of testing at the Hungaroring marks his first public appearance in a F1 car since 2011, and his first laps in up-to-date machinery since the rally crash which severely injured his right hand and arm.

The Pole completed the second most laps on Wednesday, hitting 142 by the time the day’s running came to an end. Doubts that his injury might prevent him from running a full race distance were swiftly put to bed, as that mileage would take him through two full races. He also finished the day fourth on the timesheets, with a 1:18.572 set on ultra soft tyres. Though true pace is always hard to discern in testing, as there is no way to gauge fuel loads, or the program being run by each team, it does show that he can definitely mix with the rest of the field when it comes to speed.

Those who are betting on Kubica taking Jolyon Palmer’s race seat in 2018 will not have missed the fact that he was only 0.16 seconds off the Brit’s qualifying time on the same set of tyres. Again there is the chance that the Polish driver could have been running with an upgraded aero package which aided him. But it is also possible that he was running with a higher fuel load. Only Renault know the answers to these questions, and it is unlikely that they will be sharing that information anytime soon.

After the test Kubica expressed his desire for “more opportunities” but admitted that it was far too soon to know what the next steps towards a full-time return would be.

The halo makes a reappearance

Mercedes junior, nineteen-year-old George Russell, who tested for the Silver Arrows on both Tuesday and Wednesday, completed several laps with the safety device attached to the W08 on the second day of testing. After the recent announcement that the cockpit protection device will become a permanent feature on Formula 1 cars as of next year, it was interesting to note that only the current championship leading team did any running with the device.

Although the version used by Russell will most likely by different to the device that we will see in 2018, eagle eyed attendees of the test noticed a few differences between the model run on Wednesday and those we have seen being tested in the past. Mostly this was in terms of the halo being altered to blend in better with the livery of the car, news that will likely please those who have qualms with the aesthetics of the device.

Once testing was over on Wednesday, Russell initially described running with the halo as “very interesting”, and later elaborated, claiming that his vision was “not restricted at all” by the halo. Given that visibility was one of the main reservations people had regarding the safety of the device, his words will no doubt provide a little reassurance.

Despite positive gains seemingly made by the Austrian team over the race weekend, their running over the two-days was anything but smooth. Max Verstappen, who was in the car on the first day of tests, was stuck in the garage for most of the morning with reported engine troubles. Despite a trouble free afternoon, he still only managed to complete 58 laps.

Worse still for Red Bull, Verstappen only finished with the eleventh fastest time on Tuesday, ahead of only Gustav Malja, who was driving for Sauber. Leading some to believe that whatever engine issue he had been struck with was affecting his performance. It was, however, a similar story on Wednesday, when Pierre Gasly, who was driving the RB13 that day, only finished in tenth, despite getting over 100 laps in. But, the Frenchman did confirm on Twitter that they were focusing on high fuel runs to test new aero parts, making it possible that this was also the case with Verstappen on Tuesday. Without a focus on outright speed and lap times, it is probably unfair to judge them on this part.

The Hungarian Grand Prix undoubtedly marked McLaren Honda best weekend of the season so far, and arguably, their best performance since their partnership was renewed in 2015. And there was no dip in performance on Tuesday and Wednesday.

Stoffel Vandoorne, who drove on the first day of testing, was second on the timesheets, and McLaren junior Lando Norris, also finished second on Wednesday. While both Vandoorne and Norris were using faster compounds than the drivers around them, for a car which has been very much at the back of the midfield pack for most of the season, such a performance is very encouraging indeed.

But what the team, and Honda in particular, can feel most positive about from the test is the mileage that they managed to rack up over the two days. Reliability has been the main struggle for the Woking-based team, and though the Hungaroring isn’t a circuit that is particularly tough on a car’s engine, 163 laps is still impressive, given McLaren’s track record.

Motorsport’s young guns are on fire

The Hungary test always offers an opportunity for young drivers to impress the Formula 1 paddock, with the vast majority of those testing having no, or very limited, previous running in F1 machinery. While it is sometimes hard for drivers to shine, depending on which team they are running with, and the kind of testing they are doing, there were undeniable stand out stars from the crop of young racers driving in Budapest.

McLaren BRDC award winner, seventeen-year-old Lando Norris has been highly rated since he picked up the accolade at the Autosport Awards, and his performance in Hungary proved that he was more than a worthy winner. Setting the second fastest time of his day of running, with only Sebastian Vettel going quicker, and steady improvement throughout the day, turned many heads and earned him worthy praise. Norris is performing very well indeed in European Formula 3, leading the rookie standings, and sitting in second in the overall standings, showing that he has all the hallmarks of a star of the future. Although 2018 is definitely too soon to see him in Formula 1, given a couple of years or so to hone his race craft – his starts being a regular point of trouble for him – it would be hard to imagine that we won’t see him lining up on the grid in the future.

It was also a hugely impressive outing for Formula 2 championship leader Charles Leclerc, who topped the timing sheets on the first day of testing, where he drove the SF70H for Ferrari. Just a couple of laps shy of a century, his time, which was fastest by around a tenth, was also set using slower tyres than Vandoorne’s second place lap time. With many already calling for a 2018 Formula 1 race seat for the Monegasque driver, Leclerc said on Tuesday that he felt ready for the next step, and his performance proved just that.

Mercedes junior George Russell also performed well for his first outing in a Formula 1 car, and the relatively small gap to Bottas – who was performing tyre testing for Pirelli on Tuesday – definitely suggest there is massive potential there. And credit has to go to Formula 2 driver Luca Ghiotto, who completed the most laps of any driver, managing to drive 161 laps on Wednesday alone. Such mileage will certainly have pleased Williams, whom he was driving for, and given them plenty of data to analyse the “significant” changes they were supposed to be running.

Now that the two days of testing has drawn to a close, the summer break officially starts. But testing at the Hungaroring has given us plenty to mull over, and should keep us occupied over the race-less weekends.