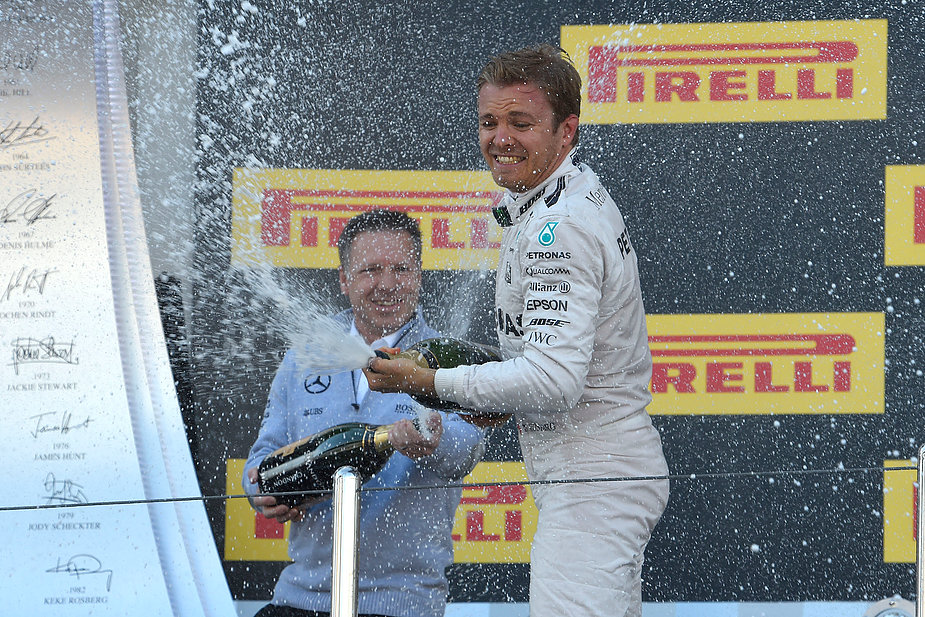 The 2016 World Championship was a topsy-turvy, unpredictable fight between two drivers at the peak of their powers.

Nico Rosberg and Lewis Hamilton slugged it out in a car that was the class of the field, with only two Red Bull victories blemishing a perfect Mercedes record.

Rosberg’s consistency was the deciding factor as he became the second man to follow in his father’s footsteps by winning the World Championship, with consistency also a factor for Keke’s 1982 victory.

Rosberg ended 2015 with three straight wins and carried that form into Australia at the traditional curtain-raiser in Melbourne, and followed it up with another in Bahrain as Hamilton suffered from an early collision with Valtteri Bottas.

Hamilton was to suffer again in China as engine woes left him well down in qualifying and a first-lap melee damaged his car. He finished seventh, but Rosberg won again.

Rosberg won the fourth race – and his seventh in a row – in Sochi as Hamilton again battled back from a hampered qualifying, this time to take second. The duo then followed this result up with a shambolic collision at the Spanish Grand Prix that took both of them out of the race and allowed Max Verstappen to claim his first ever win.

Rosberg then proceeded to wobble for the first time. He struggled to seventh at a wet Monaco Grand Prix while Hamilton thrived and took the win after a duel with Daniel Ricciardo. Hamilton won again in Canada as Rosberg’s error-strewn race saw him fifth, before Nico redressed the balance with victory in Azerbaijan while Hamilton was a distant fifth.

Hamilton was to rise again in the following three races. Rosberg’s penalty for alleged “Driver Coaching” saw him fall back to third as Hamilton won the British Grand Prix, and he was to win once more in Hungary. Rosberg at his home race was fourth after another penalty as Hamilton once more took honours.

However, the advantage Hamilton now held in title fight was to be short-lived. Rosberg reeled off three straight race victories in Spa, Monza and Singapore as bad luck twice cost Hamilton second place and he was forced to settle for third.

The World Championship took a decisive twist in Malaysia. While Rosberg was only able to finish third after a first lap collision with Sebastian Vettel, Lewis Hamilton retired with an engine failure when comfortably in the lead.

Rosberg then took the spoils in Japan with Hamilton again third to stretch his lead to 33 points. It meant that all he had to do was finish second in the remaining four races. Which is precisely what he did.

Three comfortable second places in Texas, Mexico and Brazil set up a nervy finale in Abu Dhabi. Hamilton attempted to back Rosberg up into the pack as he needed Rosberg off the podium to stand a chance of winning the title.

The Red Bulls of Verstappen and Ricciardo plus a hard charge from Vettel made things interesting, but in the end, it was not enough as Rosberg clung on for his maiden – and sole – World Drivers’ Championship.

The debate will rage over Hamilton’s reliability issues and bad luck at the start of the season, and there will always be talk among F1 fans about the deserving winner. But one thing is for sure. Nico Rosberg extracted from himself the maximum and took every single chance given to him.