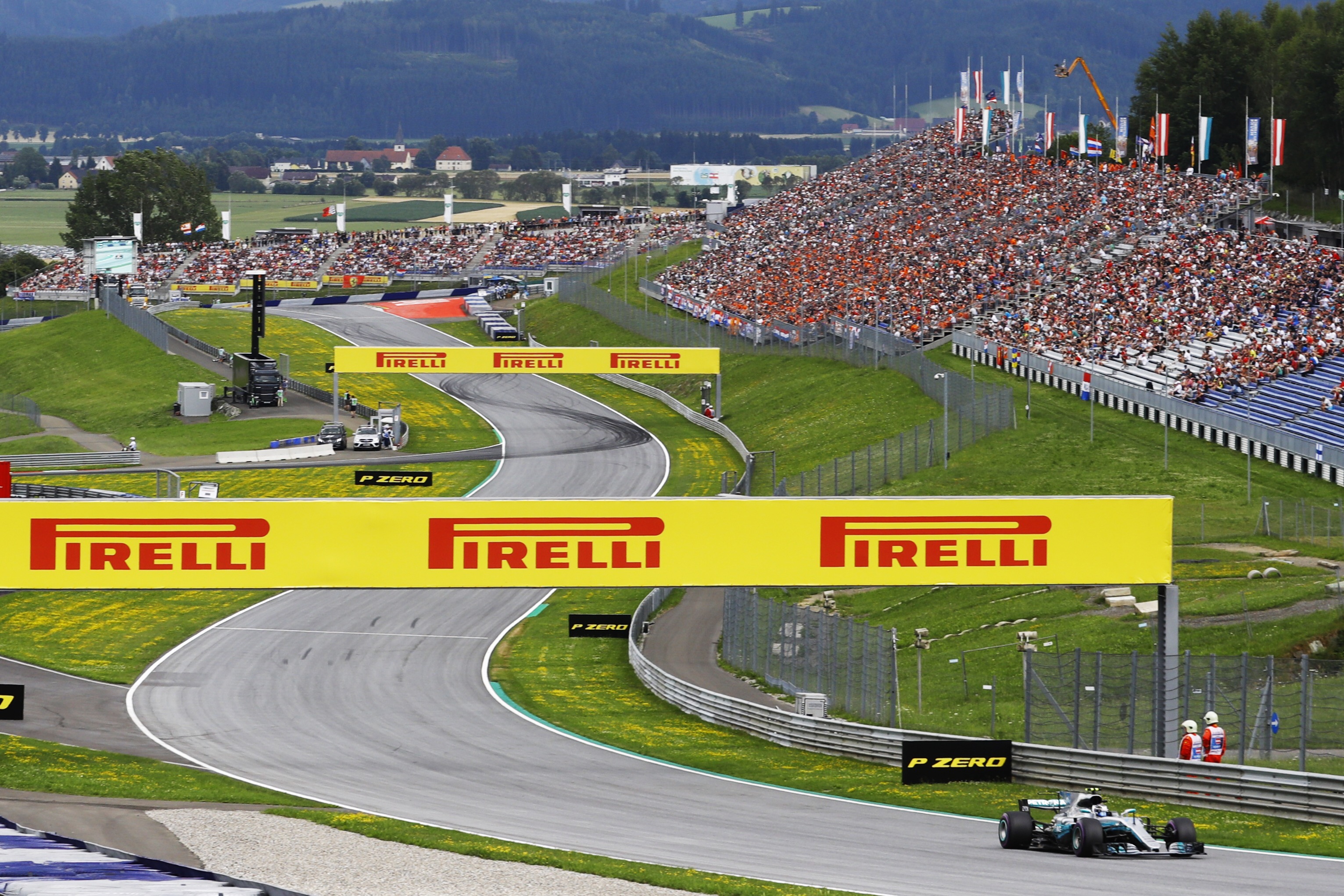 Valtteri Bottas secured only the second pole position of his Formula 1 career, and Mercedes’ 80th, on Saturday after pipping Ferrari’s Sebastian Vettel and teammate Lewis Hamilton to top spot at the Red Bull Ring in Austria with a blistering lap-time of 1:04.251.

The Fin was not only able to replicate the good pace he set throughout the weekend which saw him finish third at the end of FP1, 2 and 3, but managed to overcome the fierce competition set from the red Italians to clinch the vital grid position ahead on Sunday’s race.

“It feels good. I really enjoy driving here. I enjoyed it today the car was getting better and better as the grip was coming”, Bottas told Sky Sports.

“A decent lap at the end, it wasn’t perfect, but it was enough.”

The 27-year-old will have Vettel alongside him for company on the front row, whose best Q3 lap-time was just 0.042 seconds from the pole-sitter. It could have been different however, if Red Bull’s Max Verstappen, who ended up in the barriers on Friday, hadn’t lost control in dramatic fashion on his final flying-lap to finish Q3 in the gravel trap under yellow flags.

“At Turn Seven I tried to be a little too aggressive with the throttle and lost the rear”, Verstappen said.

“I’m not sure on pace if we can get both cars on the podium. A lot of things will have to happen in front of us. Rain would be good for us.”

Even though Hamilton posted a time under 0.2s behind Vettel to grab P3, he will start in P8 on the supersoft tyres after a five-place grid penalty was issued due to an unsanctioned gearbox change.

The three-time world champion’s frustration was obviously evident after being unable to give himself the best possible chance of climbing the field, but he was still happy it was a Silver Arrow at the front of the grid.

“Congratulations to Valtteri, he did a fantastic job and Sebastian has been very quick. It just wasn’t meant to be today”, Hamilton stated.

“I’ll do the best job I can. I want to get up there and get a one-two with Valtteri.”

The Mercedes-man’s issues means that Ferrari’s Kimi Raikkonen, whose time pushed him into P4, will start third on the grid alongside Daniel Ricciardo, who for the first time in five races managed to out-qualify his teammate.

Verstappen and Romain Grosjean will occupy the third row, even though the Frenchman’s car had been somewhat difficult to handle this weekend on the high-paced circuit. The remainder of the top 10 will feature the Force India duo Sergio Perez and Esteban Ocon, split by the penalised Hamilton, and Carlos Sainz of Toro Rosso – who sat in P4 at the end of Q1.

Elsewhere, Lance Stroll was brought sharply back down to earth following his podium-clinching heroics in Baku two weeks ago, as the young Canadian and teammate Felipe Massa both failed to make it out of Q1 and will start on the second-last row of the grid.

Nico Hulkenberg will begin Sunday’s race in P11, but could have even forced his way into Q3 if it was not for a rear suspension failure during P2 that forced the German to abandon the remainder of the session.

It remains to be seen whether, similarly to the Azerbaijan Grand Prix a fortnight ago, the qualifying results will truly dictate the outcome of the race.

But with only four pole-sitters in the past 10 years going on to claim victory at the Red Bull Ring, the same number as P3, Sunday’s race is certainly not a foregone conclusion.