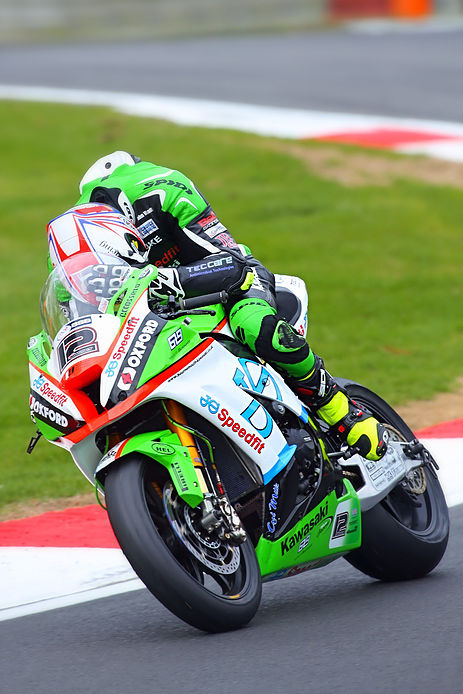 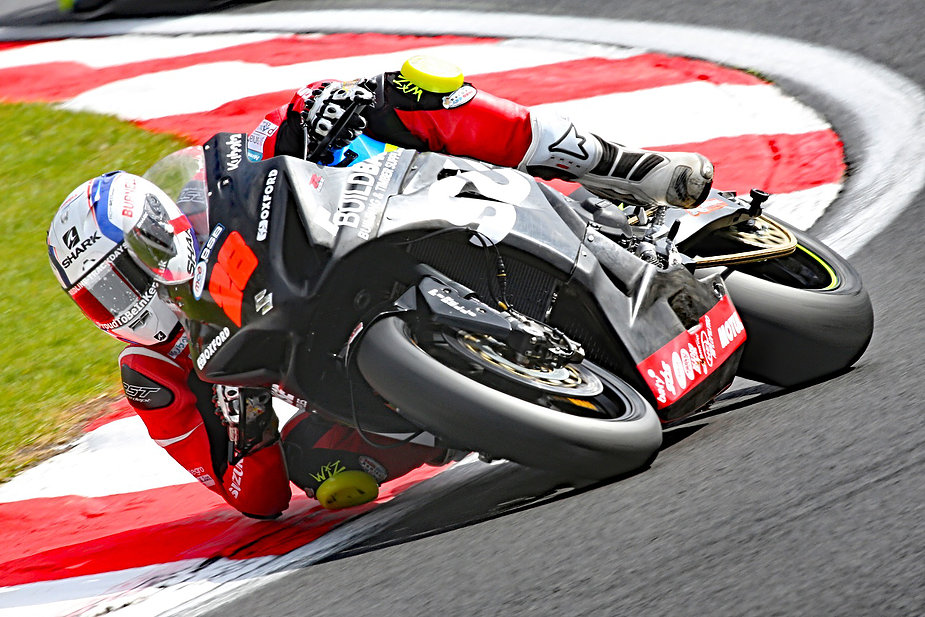 As the lights went out it was Leon Haslam (JG-Speedfit Kawasaki) who got the holeshot into Paddock Hill Bend off the line, but any hopes of an early lead were short lived by polesitter Ellison, who forced his way back on the final corner, and began to pull clear. With Ellison (McAms-Yamaha) clear early on, a chase group consisting of the JG duo of Mossey, Haslam and Tyco-BMW’s Christian Iddon formed to battle behind.

However, it wasn’t to be glory for the leader Ellison when, on Lap 13, he lost the front wheel on entry to the Druids hairpin and came to rest unceremoniously in the gravel trap. With the Cumbrian out of contention, it was Mossey who inherited the lead and did not surrender.

It was though a poor start to the race from 2016 champion, Shane Byrne. The BeWiser-Ducati ace dropped from his starting grid position of fourth on the opening lap, losing out to several places and had to fight his way through the mid-field. However, this only fuelled his fire as he carved his way back up into the top ten, and managing to close in on the race leaders in the latter stages.

Terrific scrap over second and third place ensued when Byrne closed up to Haslam and Iddon. The trio swapping track position countless times during the exchange. Eventually it was 2016 runner-up Haslam who emerged victorious of the three, with Iddon producing a brilliant rearguard effort to fend off the Ducati on the last lap for the final place on the podium.

Further down the field there were duels to be found across the track. One of the most entertaining of these was between Avil-TAG Yamaha’s Josh Brookes and Smith’s-Racing BMW’s Peter Hickman over ninth and tenth. With neither bike capable of keeping pace with the front group, the two competed in what can probably best be described as tag-team slipstreaming, as the pair towed each other away from the mid-field pack, before scrapping it out in the final laps.

But the race belonged to Luke Mossey who claimed his first ever BSB race win. The 24-year old rode superbly, always having the measure of his more illustrious team-mate, Haslam, and took full advantage of Ellison’s misfortune to give JG-Speedfit Kawasaki their third straight win of the season.

There was drama even before the lights went out on the grid, as polesitter James Ellison suffered yet more misery. Visibly struggling on the warm up laps, he pulled into the pitlane and retired with what was reported to be a serious steering issue, thought to have stemmed from his crash in race one.

Tyco-BMW’s Christian Iddon continued his solid weekend, forcing his way past Haslam’s JG-Speedfit Kawasaki for P2. The former British Supermoto champion backed up his impressive displays at Donington Park, earlier in the month, with back-to-back podium finishes here at Brands Hatch. The feat made all the more remarkable when one considers that the BMW machine has struggled to match the competitiveness of the likes of Kawasaki and Ducati in recent seasons. A testament to the riding talent of the Stockport ace.

Shane Byrne, who had been struggling with a lack of traction on the BeWiser-Ducati in the first race, appeared to be having a much smoother ride second time out. Having made setup changes to compromise a little straight line speed for more corner stability, the 5 times British champion was finally able to compete at the front end of the field. Fighting Honda’s Jason O’Halloran for P4. However, disaster struck in the closing stages for the home favourite when, fighting for third with Haslam, he lost the front end at clearways, and finishing with a slide into the gravel trap.

Behind the leading pack. TAG-Avil Yamaha’s Josh Brookes fought his way through the field and, following the carnage up the road, was rewarded with a fourth place finish. The Australian was pushed to the limit again to secure his finishing position, finishing ahead of Honda’s Jason O’Halloran by just 0.1 seconds.

Perhaps the most spectacular ride was from Bradley Ray. He made two passes from a long way back at Graham Hill Bend, showing his class in his first year in the Superbike class. The crowd were rooting for him too. He really is a star of tomorrow!

As with the opening race, it was JG-Speedfit Kawasaki’s Luke Mossey who claimed the top step of the podium. Back-to-back wins for the popular Cambridge man. Any doubts from spectators that he could hold race winning pace were obliterated.

We would also like to thank Gareth Davies of Full Factory Media and Photography for providing us with some stunning images yet again. You can contact Gareth here, regarding special prints, copies and all other things photography related.